Can't Shake It Off

Can't Shake It Off 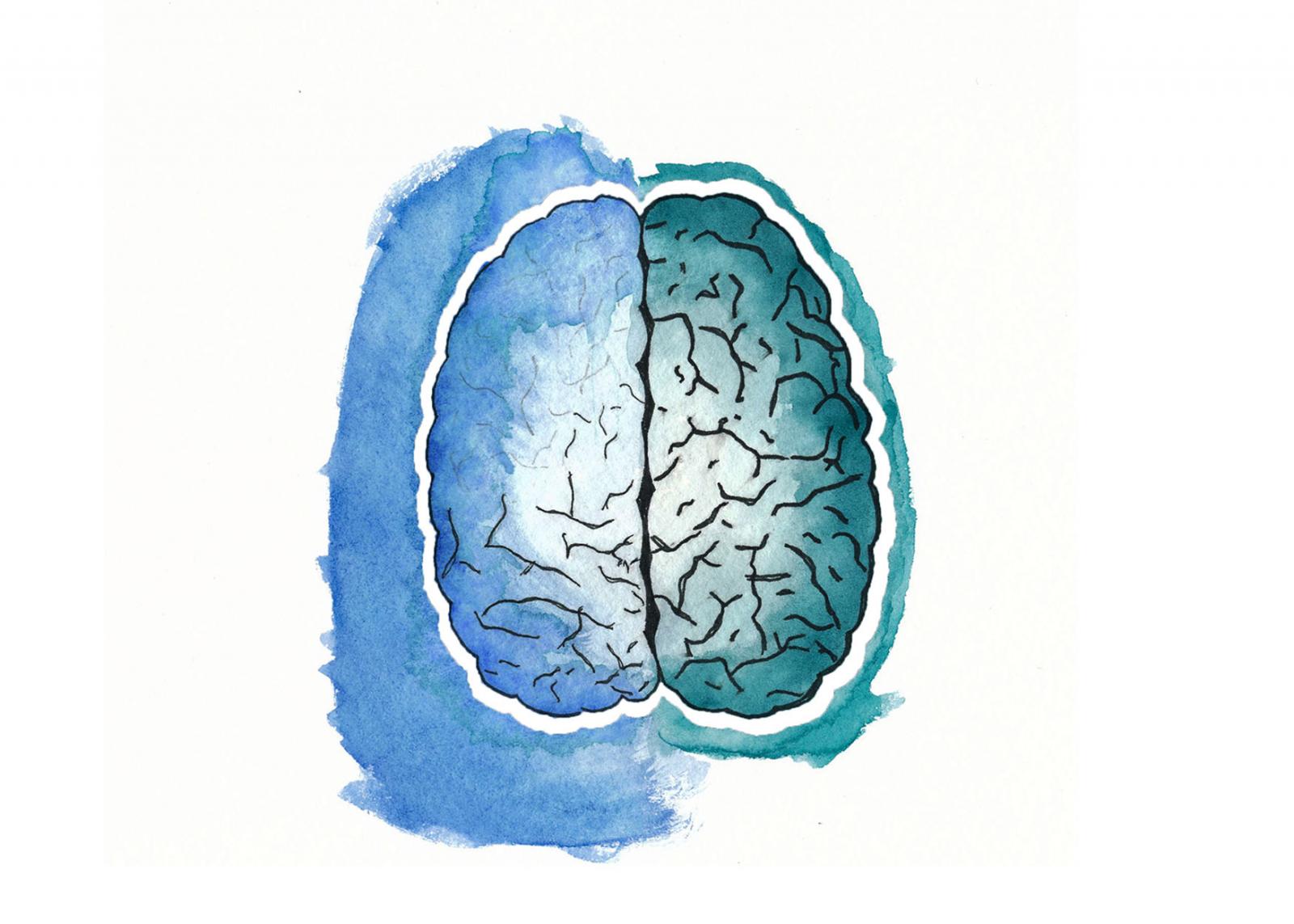 I remember getting the text from my sister, Erica. "I can't hear out of my left ear." I figured it was probably ear wax.

The next day I had a final. My boyfriend was graduating college the next week. The day of his commencement, I got another text. "I'm permanently deaf in my left ear. I have to get an MRI. The doctor said the deafness was probably due to a virus, but it could also be caused by a brain tumor." I barely gave any weight to the brain tumor idea–it seemed impossible.

After my boyfriend graduated, he and I flew to London for vacation. The first night we were there, my mom called me. "It's a tumor," she said.

"Okay," I said, shocked. I started to cry. I wasn't able to give my sister a hug or be with my family. Instead of going to doctors' appointments, I was visiting the Tower of London. It wasn't fair to Erica.

"The doctor said it's benign," my mom said. "If it's what they think it is, it's very treatable."

"Well, maybe it will just be a bad few weeks," I said. Erica didn't say anything to me.

After I returned from Europe, my sister had major brain surgery to remove the tumor. We had to wait a week before we got the pathology report. The waiting was brutal. My parents and I had a terrible feeling about the results. Erica, drugged out on pain medications, was barely aware of what was happening. Finally, the report came: the tumor was malignant.

After crying, I began to yell at a psychologist who had been assigned to my family. "I'm sorry," she said. "No, you're not," I said. "You're not genuine. Have you ever been affected by a brain tumor?" I was screaming in the hospital hallway. I hated her fake smile, her sympathy, and the way she said "I'm sorry." I never hated anyone so much as I hated her in that moment. She made money off of other people's sadness.

She shook her head. "Then you can't understand anything!" I wanted to shout at her for another hour, but my dad pulled me away.

I spent my summer in the children's hospital as my sister slowly recovered from surgery. Every day I would drive an hour to the hospital, walk along the sterile white hallways to Erica's room, and sit there for eight hours, waiting for a doctor to come by with answers or for Erica to wake up. I must have completed 1,000 word search puzzles. My parents were incredibly nervous. I tried not to think about all the bad things that might happen, but that was all I could think about.

One of Erica's vocal cords was paralyzed from the surgery, leaving her unable to swallow or speak well. When she did speak, I could barely hear her, and she was mostly incoherent. One day she said, "I hope this never happens to you, Hannah." I held her hand and said, "Don't worry about me."

Erica had a feeding tube placed through her nose several days after surgery. Most doctors doubted she would ever eat food again. Her balance was impaired, and she could hardly walk. She spent a total of 10 nights in the hospital, another 10 in a rehabilitation center, and then came home, only to start radiation treatment soon after. Her hair fell out, and she was constantly nauseated. After radiation, she began 11 months of chemotherapy, which she is still undergoing. She was supposed to start her first year of college in the fall, but that was taken off the table.

I spent a lot of time that summer feeling angry, confused, and sad. I hated being the recipient of everyone's sympathy, and I hated answering questions about Erica's progress. I felt isolated and alone. Who could I talk to? I didn't know anyone who was experiencing something similar.

In August, I started to get ready to return to college for my junior year. One day, Erica asked me, "Can you take a gap year? I don't want you to leave."

"I'm not allowed to," I said, feeling incredibly guilty. "The parents won't let me."

"Do you think I'll ever drive again?" she said.

"I wish I could go to college. Now, I'll be too stupid to be a PA," she said, referring to the effects of radiation on long-term memory and her wish to be a physician's assistant.

I remember saying goodbye to her as she lay in her bed, so small and fragile. She was supposed to leave for college, too. Why was this happening? What had we done to deserve this?

At the beginning of the fall semester, the secret of my family life weighed heavily upon me. It was difficult to tell people what was happening. Each time I did, I had to relive those terrible experiences, and I could see my friends' faces change when I told them. They didn't know what to say or do. I felt like I was burdening them. Worse yet, people could be insensitive. Once, someone asked me if my sister was going to die. I didn't even know how to respond.

But if I didn't tell people, then they could be unintentionally insensitive. During the fall, one of my professors mentioned that his daughter's best friend had died of cancer. "It took two years, but it killed her," he said without flinching. My friend touched my shoulder. I wanted to cry. He mentioned it again during another class. Then again. I finally sent him an email asking him to avoid talking about the subject. I was embarrassed, unsure whether this was appropriate for me to do. "You must understand there's no way I could have known," he said.

But at least one amazing thing happened in the midst of Erica's radiation treatment and chemotherapy. Erica made a wish to meet Taylor Swift—her favorite singer. In October, Erica and I attended one of the secret "1989" sessions at Taylor's house in Rhode Island. We listened to Taylor's unreleased album, danced to "Shake It Off," talked to her and her parents, and met her famous cat. I think that was the best night of Erica's life. It was certainly a dream come true for both of us.

It's been almost a year since Erica was diagnosed, but her illness still comes as a constant shock to me. No one thinks something so tragic could happen to them or someone close to them. I didn't.

Cancer is a constant up-and-down of progress, stress, sadness, and positivity. I cope by looking for the small miracles, like the time my sister was able to eat a matzo ball on Passover.

My sister's treatment will end in August, but there will never be an end to the effects of Erica's brain tumor. She will need to have routine MRIs for the rest of her life, and the radiation can cause infertility and other forms of cancer. I hope that one day, though, Erica can drive, and graduate from college, and be a nurse practitioner or a physician's assistant, or whatever else she wants to do. In the meantime, I'll keep looking for small miracles.