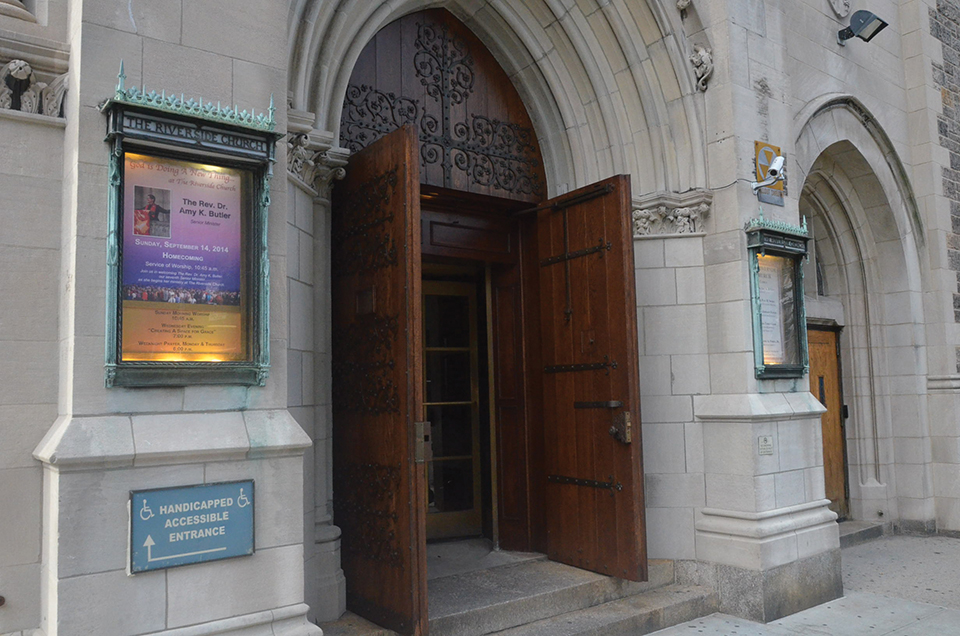 Approximately 2.2 million Americans are currently incarcerated in federal and state prisons. Almost half of those people do not have high school diplomas. And, even upon release, the formerly incarcerated face extraordinary legal and social struggles acclimating to life on the other side of the bars.

On campus, mass incarceration is a major concern for many of Columbia's activist groups, particularly Columbia Prison Divest, which is working to end Columbia's financial investment in private prison companies.

The Riverside Church Prison Ministry wants to change the culture of mass incarceration with its team of volunteers dedicated to advocacy and service work. Sheila Rule, a volunteer with the Prison Ministry and the executive director of Think Outside the Cell (a nonprofit organization working to end the stigma of incarceration), joined the group 14 years ago by writing letters to inmates. "That actually was how I became fully committed to the Prison Ministry," she says, "through those letters, because I saw the power and beauty and potential that was languishing behind prison walls."

In addition to its letter correspondence program, the Prison Ministry has three major initiatives—parole reform advocacy, Coming Home, and the Campaign to End the New Jim Crow—all of which work to provide support for the incarcerated and recently released, as well as combat cultural biases against them.

"One of the realizations I made when I started doing this work is that communication across the prison walls is so, so important," Lewis Webb, Jr, another active member of the Prison Ministry, adds. "Not just to the people that are incarcerated, but so that those of us outside can fully understand the realities of incarceration."

One of those realities is that individuals often are released from prison with insufficient tools and resources to thrive on their own. This prompted the Prison Ministry to start its Coming Home program for the recently released three years ago.

Jacqueline McLeod, executive director of the Healing Communities Network, helped to start the program at Riverside. "Coming Home," McLeod says, "is a 13-week series for individuals that have been released from prison where they're given life-skills training." McLeod says that each of their biweekly meetings starts with a meal cooked and served by volunteers.

"When we talk about mass incarceration [and] criminal justice," Rule says, "it is so oppositional. It is us against them, that is the mindset. And that is bred by fear."

Over her 14 years with the ministry, Rule has expanded her role and become active in the  parole reform campaign, which is currently working on a multimedia project called "I Am Not My Past."

"We currently have some young filmmakers who are shadowing formerly incarcerated people who were denied parole repeatedly, but came out and really have done wonderful things and actually are serving humanity," Rule says.

The ministry also engages in activism about incarceration and the global justice system.

"We're really saying mass incarceration has had an impact both directly and perpetually on people who are convicted of felonies," Webb says, who works primarily on the Campaign to End the New Jim Crow. "Most people who are convicted of a felony are subjected to the loss of the right to vote for the periods of incarceration and parole, and we believe that that is probably the most egregious form of voter suppression." Consequently, the Prison Ministry recently launched an initiative to get individuals on parole the right to vote.

"I commend those on Columbia's campus and across the country that are focusing on divestment," says Webb, a sentiment that many of his fellow volunteers agree with. "Because, at the end of the day, I do believe that economics is what drives mass incarceration and will continue to drive it until we take the profit out."

He does, however, emphasize that "any type divestment has to be coupled with a strong public education campaign." And the Prison Ministry's major concern is that we currently live in a culture that does not recognize the humanity of the incarcerated. "Given the stereotypes and … fear around this population that we seek to serve, simply by honoring their humanity we are advocating on their behalf," Rule says.

For McLeod, Rule, and Webb, the social justice activism in their work is intrinsically connected to their faith. "We are really following a biblical mandate that we need to care about and love others as we love ourselves," McLeod says.

"I think that there are those who are able and maybe even have a need to separate the two," Webb says, who also works with the American Friends Service Committee, "but my perspective is that the ministry that I've learned about relies both on service and advocacy. So, for me, it's all wrapped in two, doing God's work."

The Prison Ministry emphasizes, however, that there are also pragmatic reasons to reform the prison system. When it comes to mass incarceration, "we also have to acknowledge that it costs a hell of a lot of money to do what we're doing," Webb says. Rule says that to incarcerate someone in New York state, "it's about 60,000 [dollars] a year, but for someone 50 or older it becomes about 120,000 a year."

"I think the message that we have to give the less engaged is that this is really affecting you in so many ways," Webb says. "For me, it's real personal. I have luckily aged out of the likelihood of being incarcerated, but I'm raising three young men of color, and I will not allow the world to go the way it is for them.

"If we do it right, it will lessen the Baltimores and the Eric Garners and the Michael Browns of our society."