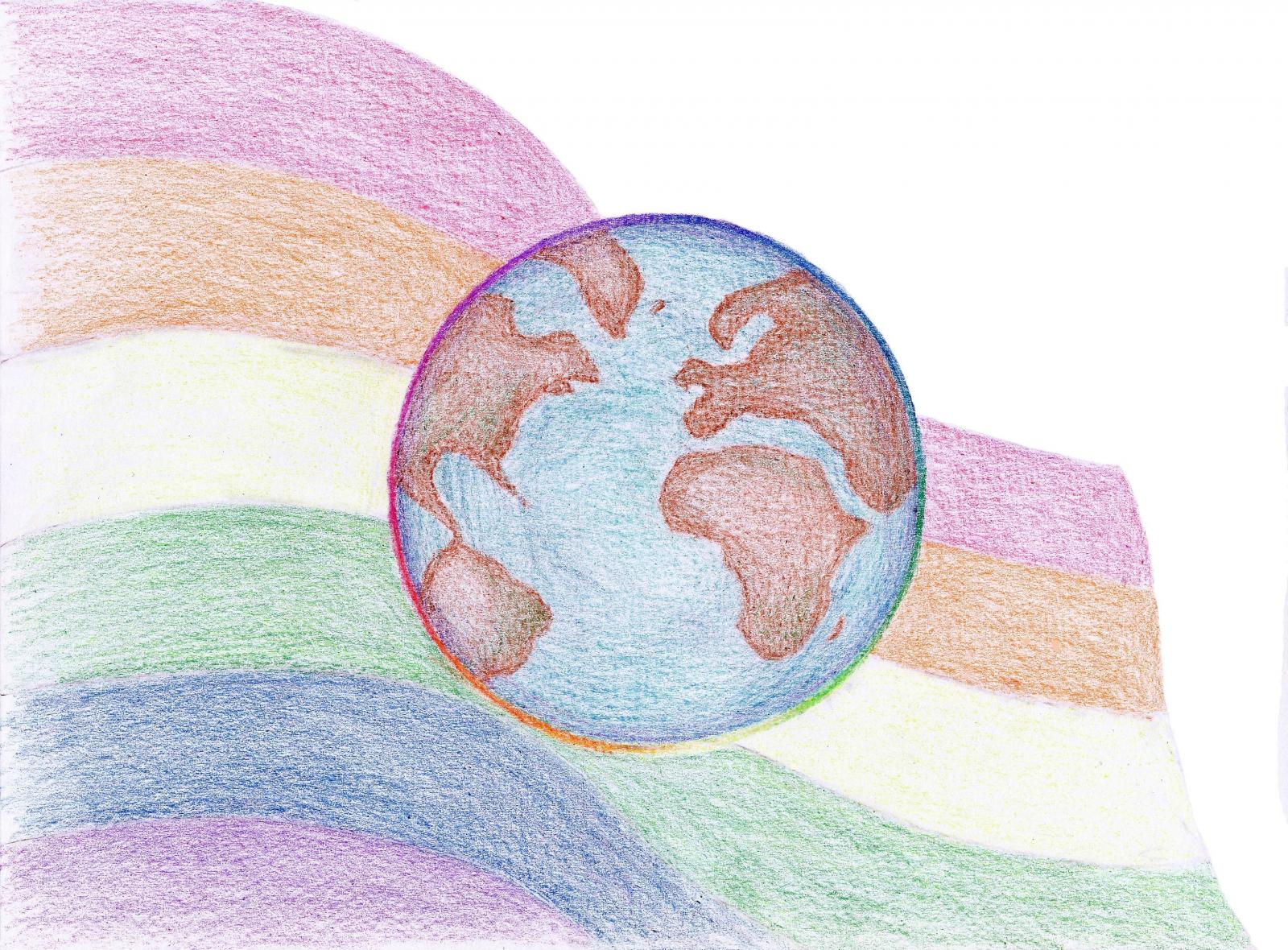 Both at Columbia and back home in China, Youzhihang Deng, a Columbia College sophomore, is often asked questions about his queer identity and his relationship with his boyfriend. Whenever someone inquires whether he plays the dominant or submissive role in a relationship, Deng has a response prepared. "I will turn the question back on them. I will say there's nothing of that sort in my relationship. I mean, there are some aspects of it," he says. "But I will deny that for the sake of not appearing stereotypical."

Deng comes from Chengdu, China, where he has founded an online support network for Chinese LGBTQ students studying in the United States. He also seeks to raise awareness about LGBTQ issues in his conversations. When others make assumptions about his identity, he feels compelled to dispel negative stereotypes of the LGBTQ community. "On the one hand, I don't want people to not talk about it on purpose. And I don't want them to have the stereotypes," he says. "It's paradoxical."

International students who identify as LGBTQ often feel a dual expectation to represent their cultural backgrounds as well as their queer identities on campus. Karim Nader, a Columbia College sophomore, says he finds it difficult to discuss his experience growing up in Beirut, Lebanon, because it may be easy to stereotype his culture as oppressing of its LGBTQ citizens. "I don't want to portray Arab countries as those terrible places where people are killed," he says. "I feel like this is a stereotype that is very destructive. It's always important to speak from personal experience and try not to generalize and portray your country as hostile to queer people."

Nader says that while the general attitude towards Lebanese LGBTQ citizens is hostile, many do feel they belong in their home country. Taking action to help ameliorate the situation in Lebanon, Nader participated in creating an International Day Against Homophobia, which was geared toward raising awareness of LGBTQ communities.

As a treasurer for Columbia Queer Alliance on campus, Nader hopes his involvement as an international student will help make queer spaces more welcoming. "Here, it isn't about raising awareness because people tend to be more accepting, but it is more about creating safe spaces for people," he says.

"The LGBTQ communities have some events about the intersections of racial identities with queer identities. But, at the same time, I feel like the international voice is not very represented," he says. "It's mostly American voices with different racial identities that are present at these events. However, I feel like my involvement in queer groups and other people's involvement in queer groups have made international students more visible in those spaces. And I hope that, in the future, this representation is going to be even better."

For some students, however, even speaking about personal experience can result in unwelcome pity. A Barnard junior from the Middle East, who asked to remain anonymous because she is not out at home, described her first year as one of culture shock and coming out to herself. During that time, she has found it difficult to address her Muslim, Arab, and queer identities through psychological services on campus.

"When I went to Furman [Counseling Center], a lot of the time when I would talk about hardships I've been experiencing, the therapist would keep saying 'Oh, it's because of your culture, and it's because of your religion,'" she says. "Someone constantly telling me that all of the violence I have enacted against myself and all of the bad things I've been feeling is because of something I really love and I really care about was not helpful. It only made things worse."

She has also felt alienated when others challenge her decisions, because they differ from what fits within the mainstream American narrative. "During National Coming Out Day, I had someone say to me 'You should just tell your parents, and, if they don't accept you, it means they don't love you,'" she says. "That was incredibly horrifying for me to hear. At some point, I almost believed that. And then I realized that that's not true. I cannot expect from my parents what I could not accomplish for myself, that took me 10 years to even consider thinking about this, for me, and for myself."

Deng is also wary of how American students will react to his experiences. Though he has come out to his parents as gay, Deng says his mother still expects him to change his sexuality. Although he characterizes the United States as generally more LGBTQ-friendly than China, he describes some of his conversations here as well-intentioned but "patronizing."

Similarly, the contributing Barnard junior says that American-centric stereotyping often reduces her personal experiences to negative stereotypes. "There is so much Islamophobia and racism against Arabs and Muslims in this country and on this campus that the second you try to be critical of your own people, people are going to take what you say as a weapon against you," she says.

She hesitates in labeling any culture—let alone her own—as either wholly accepting or oppressive. "There is no culture that is 100 percent bad or 100 percent good," she says. "There are many other spaces where I would never say this, where I would just be like 'Mhmm, you suck, and my people are perfect.' Even though that's not what I believe. It's just because people make it so that I have to say that— otherwise, they would shit on me and my people. And I don't want to hear that."