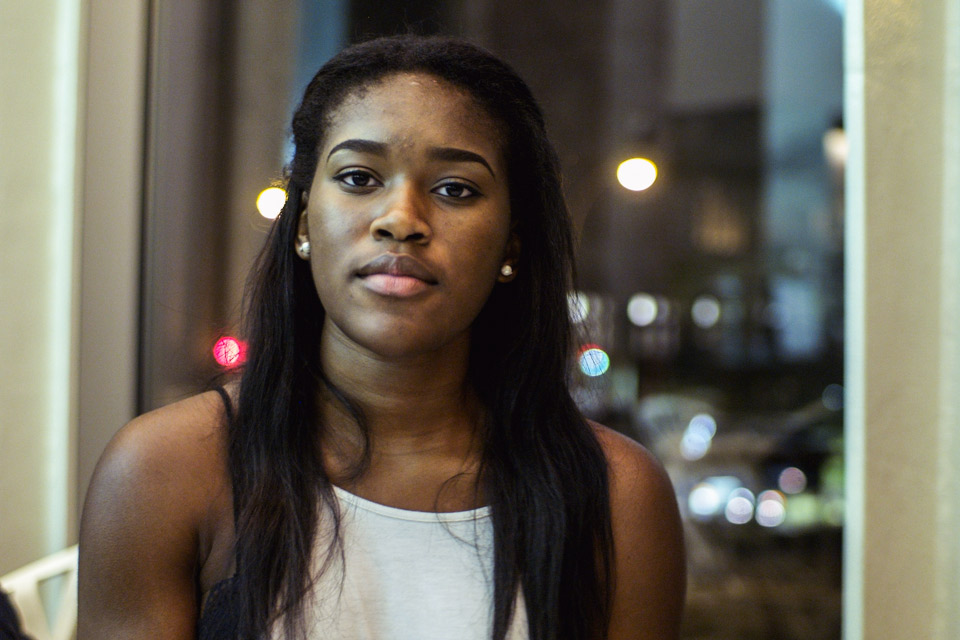 Considering that she had woken up from a nap five minutes before the interview, I did not expect Bianca Brooks, a sophomore in Columbia College, to be completely alert as we sat in the foyer of the Intercultural Resource Center.

"Do you consider yourself to be a feminist?" I asked.

Brooks responded with an intake of breath that I almost could have mistaken for a yawn if she hadn't looked me in the eye to deliver her response.

"I would be reluctant to call myself a feminist," she said. "I've been struggling as a black woman, and as a poor woman, and just as a woman in general my whole life … and I don't think that calling it something legitimizes my struggle any more."

"Especially since I didn't come up with it."

She prefers to say that she is aligned with the women's rights movement.

Brooks wrote a New York Times op-ed this past summer where she criticized Literature Humanities, the flagship course of Columbia's Core Curriculum, calling it "Eurocentric and misogynistic."

"As crazy as it sounds to white women, for women of color there are other aspects of our identity that come first," Brooks continued as she looked at me seriously, her arms spread out and palms up. She asked me to think about it. "There's a reason you don't say woman black, or woman latin."

The answer is obviously yes, otherwise groups like the Barnard Organization for Soul Sisters and SisterCircle would not exist. These organizations were created specifically for women of color, for underrepresented women—women whose voices are not heard in the white spaces of Columbia's campus, so they created spaces of their own.

The issue of race within the feminist movement is sometimes brought up to question why there is a divide at all, if the movement's purpose is to achieve gender equality for all women.

The recent formation of a new group on Columbia's campus to discuss issues such as rape culture and sexuality as it affects South Asian women has sparked this conversation again. Appropriately, the group decided to call themselves the South Asian Feminism(s) Alliance.

At a university like Columbia, believed to be one of the most liberal colleges in the country, it's odd that there is not a single student organization that advocates for the rights of women of all races.

"It's because people are quick to dismiss our position or situation," Columbia College sophomore Jennifer Egbebike explains to me in the Broadway Hall sky lounge. This is a part of the reason she is reluctant to join any of the existing groups on campus.

As a woman of color, Egbebike expresses that she faces inequality both as a woman and as a person of color. Being Nigerian, she was faced with the gendered expectations placed on women in her home growing up. For example, her dad doesn't believe that the problem exists. "My dad was like, 'As long as you guys have equal rights in the workplace,' but he doesn't look to the family sphere, you know? Meanwhile I am still expected to act a certain way, to cook for my brothers, that sort of thing."

This wasn't something she felt like everyone could understand.

To her, "Bringing these experiences up in a feminist sphere you'll be told, 'You're being divisive.' Bringing it up in a sphere that addresses racism, then you'll hear, 'Let's save our black men.'"

Since she couldn't express her opinions on campus, she instead took her discussion to the Feminist Wire and penned an open letter to feminism and society. "Please change," she asked.

Although she hasn't found a group on campus that can facilitate open discussion about ways women are affected by sexism that is representative of the experiences of women of all races, Egbebike is optimistic that this sort of collaboration is possible. 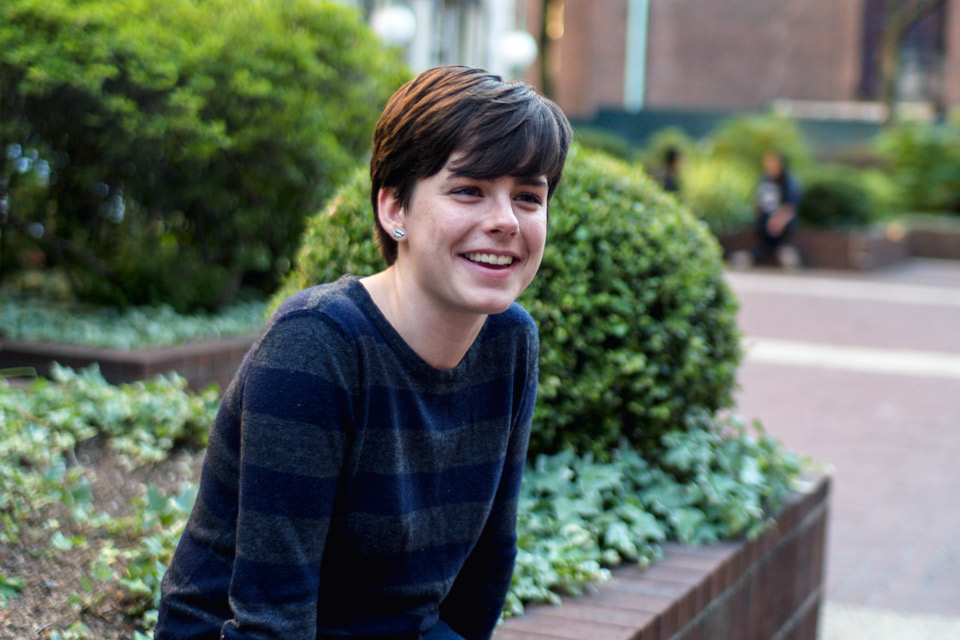 Speaking to Jessica Swanson, a junior at Columbia College and a former photographer for Spectator, I get quite a different response. Unlike Egbebike, Swanson's experience within the women's rights movement at Columbia has very much been an intersectional one.

"I have definitely seen collaboration on campus and collaborations that involve both women of color and white women," she says with a light laugh. "And as a white woman myself, I recognize that it is an identity that limits me in my perspective on a variety of other experiences."

Speaking from her own experience as a member of the Columbia University Democrats, Swanson explains that the group has been working toward being more inclusive. Last year for Latinx Heritage Month, the group coordinated an event on immigration and the experience of undocumented individuals with Chicanx Caucus.

Swanson says that CU Dems decided to reach out to Chicanx Caucus because they recognized that immigration is a sensitive topic, and in order to ask the right questions, they needed the perspective of those affected.

CU Dems takes the same approach when tackling women's rights issues. The group is involved in advocating for abortion rights and fundraising for Planned Parenthood. "Most of the clientele is 18- to 25-year old women of color, yet the majority of supporting people who either donate or identify as supporters are middle-aged white women. And even the organization itself is largely run by white women. Planned Parenthood is one of many organizations that is trying to be more representative in leadership," Swanson says.

Swanson goes on to explain this was something she realized herself when she interned at Planned Parenthood this past summer.

"As an activist, I have to remind myself of these privileges that I have," she says. "I can't lead a movement and represent everyone's experiences, because I myself have limited experiences and certain privileges. I think Columbia is especially conscious of that in conversations." 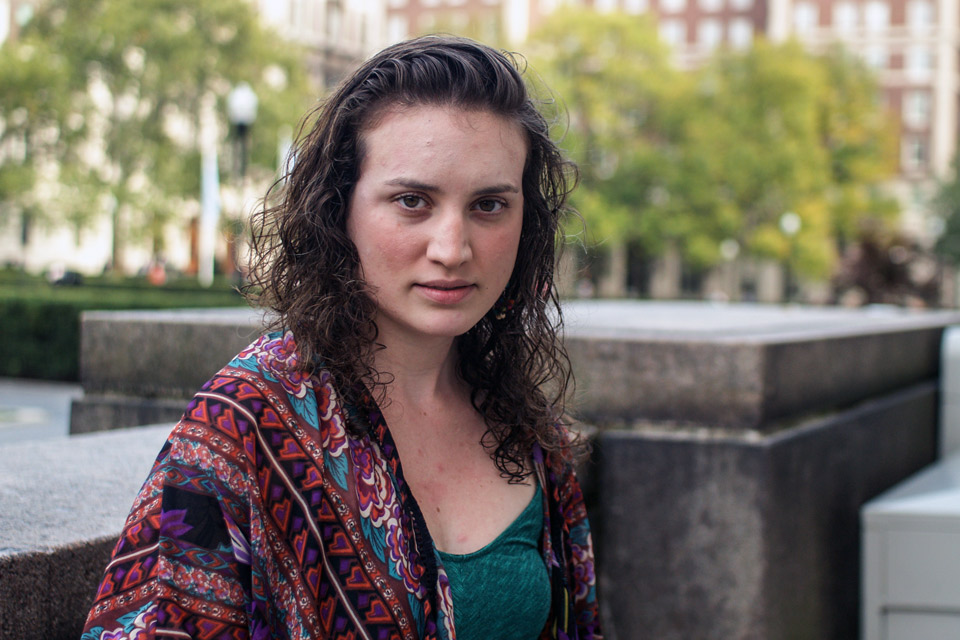 Graduate student Nicole Gervasio is a Ph.D. candidate in English and comparative literature and a graduate fellow for Columbia's Institute for Research on Women, Gender and Sexuality. She works with postcolonial texts from Africa, Latin America, and the Caribbean, and is well-versed in such conversations of privilege and intersectionality.

Gervasio says that as a graduate student at Columbia, she does not want to speculate about divisions within undergraduate student groups. However, she says it's not surprising that groups advocating for women's rights separate based on racial identities, since the women's rights movement has historically had to deal with this same problem.

"People can be unwilling to hear that they're not willing to collaborate with you in the way that your group needs in order to make change happen," Gervasio says.

Reflecting on each conversation, I couldn't help but think of what the outcome would be if these four women I interviewed were placed in one room.

Would they unite behind the larger feminist cause or divide themselves?

Toward the end of our conversation, I ask Egbebike to clarify what it was she truly wants from the feminist movement at Columbia.

"I'm not saying that we should just have one unified type of feminism where you can only talk about one kind of feminism," she says. "We can have a unified feminism to make it more of a powerful movement. But then within that feminism, people need to be open, and recognize the experiences of women of different races and incorporate that into whatever proceedings."

To her, there is a caveat. White women have to listen.

But how do you get white women to listen to women of color?

About 20 minutes after our interview, Gervasio sent me an email to add to our conversation. She talked about the strategies she heard about at a "Collaboration and Co-resistance" workshop and conference organized last September by Women Mobilizing Memory, a group in which Gervasio is actively involved.

Gervasio explains that co-resisting is when you work with a group with a different identity than your own to end the injustice that the other group experiences.

"The second anybody tries to act like they know better than the people who are experiencing injustice," she says, "they oppress them in a new way by undermining their agency even within a political movement."

In many ways, this relates to Swanson's experience. In engaging with other groups on campus when working to raise awareness about issues that those groups are experiencing, Swanson shares the best advice that she's been given from an activist: "We have to learn when to shut the fuck up."