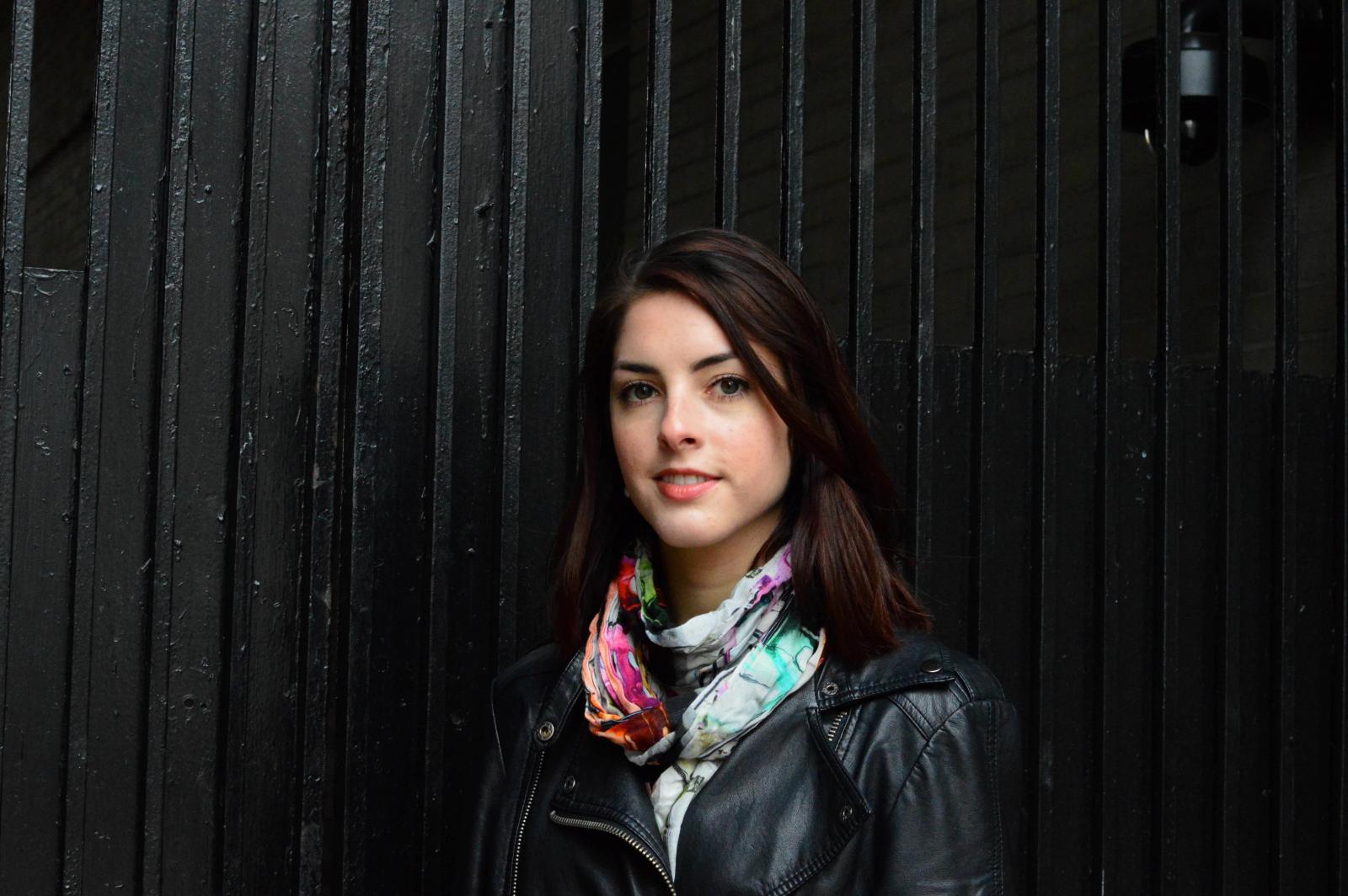 When Millis Faust transitioned to an academic life at Columbia, the loss of her career in ballet revealed the underlying issues common to the dance world.

When Millis Faust was 15, she moved from Nashville, Tennessee, to London to train and perform with The Royal Ballet School. As her career progressed, Faust joined the Finnish National Ballet, dancing with them for four years until a hip injury forced her to stop.

There are many reasons for dancers to walk away from a professional career or full-time preprofessional track. For those who have transitioned to an academic life at Columbia, the loss of their career in ballet reveals not just what dance meant to them, but also the underlying issues common to the dance world.

Faust, now a first-year at the School of General Studies, struggles with having lost a passion that once defined her.

"The main thing that I miss is performing, but I don't want to lose that. It still somehow keeps me connected. If I lose that, then it becomes oh, was that a dream? Did it really happen?"

Her love for ballet not only formed an important part of her identity—it structured her life. Since starting at Columbia, its absence has been disorienting. "I just don't know how to follow my passion, because I don't really have one yet," Faust says.

Her experience isn't an isolated one.

It was during GS senior Katharine Stolz's second year with the Montgomery Ballet in Alabama that she began taking classes at a community college and realized it fulfilled her in a way that ballet didn't.

Stolz found this loss of a passion scary. "It burned out for me, and it was the only thing I had known, so I clung to it," she says. But after talking it over with her friends, Stolz decided to pursue her education full time.

Still, she had her doubts.

But when Stolz began upper-level biology classes, she discovered her aptitude for and interest in the subject. Her new passion was cemented by her experience volunteering at St. Luke's Hospital.

"What really sealed it for me was being able to interact and help patients. Being right there for their recovery every step of the way," Stolz says. "I found that I could be passionate about other things besides dance in I think what will end up being a much longer-lasting way."

Stolz is now a biology major on a pre-med track, but being a student at Columbia didn't necessarily demand disengaging from her identity as a dancer.

"Instead of losing my identity, something that is really special about GS, I feel, is that all we grow and add to our identities," Stolz says.

Barnard's dance program, GS' substantial dancer community, and Columbia's location in New York—a city with easily accessible performances, gigs, and classes—allow Stolz and many other students to continue dancing while at school. Complementing all this is Columbia Ballet Collaborative, a ballet company run and directed by students.

Yet while there are many ways to stay involved in the dance community, being physically unable to dance, or choosing not to, comes with its own elements of loss: losing, for example, the fitness that comes with dancing all day, five or six days a week.

"I was overjoyed when I was able to eat whatever I wanted," Anuta Rathe, a sophomore at GS, says. "It's also hard because I will always have an athletic standard for my body."

Before coming to Columbia, Rathe danced professionally with Ballet Theatre of Maryland and Mystic Ballet in Connecticut until a metatarsal injury ended her career.

"The stage is something that will always be a part of what I am, and it's something that I miss intensely," Rathe says. "Especially when I go to shows, or music will come on that makes me feel a certain way. The only way I know how to express myself is through movement, really."

But there is a subtext here. Faust shares an experience in her first semester University Writing class.

"We had to give presentations, and the whole time I was just shaking. When I started I was like, 'I'm sorry. I'm used to ballet, it's a silent art form. I don't talk, I don't know how to talk'."

At the same time, Faust isn't sad to have lost the way that she couldn't speak her mind. "It's nice here to have a voice, to be able to have an opinion and not be shunned for it."

In the ballet world, employment instability is a strong motivator for dancers not to risk upsetting their directors—sometimes at the cost of their own interests.

"You just have to sit there and have everybody kind of attack you in a way, and you can't speak back," Faust says.

She remembers the moment when she first broke this silence. Faust had always been conscious of eating healthily, but there was a point before her first hip surgery that her injury was so painful it made her nauseated.

Her director came up to her after a stage call to tell her, "Whatever you are doing, you look fabulous. Keep it up."

"That's when I realized this world is so sick and twisted," Faust says. "I just got to the point where I was like, I'm done. So I talked back to him. And he just had nothing to say."

This restriction on speech is accompanied by an insular environment that can limit conversation. Faust recalls her increasing feeling of claustrophobia. "It got to the point where every morning, I'd get on the bike to warm up my hip, and I'd read the whole New York Times to try and get some sort of outside information."

One day, Faust read an article about the Islamic State group and tried to discuss it with one of her dancer friends.

Sophia Marx, a first-year at GS, echoes these sentiments. "I became frustrated that people didn't seem to care about the larger world or feel involved in it. That was what prompted my decision to move outside of dance," she says.

She is currently enrolled in classes part time while training preprofessionally with the Manhattan Youth Ballet. Having left a full-time training schedule, she explains, "There is a sense of loss in that sort of pure removal from society and being in this dedicated bubble full of other dancers all day."

Her choice to pursue ballet only part time is rooted in an acknowledgment of some of the negative aspects of the dance world. "I felt that ballet was becoming a privileged little white girls' club. The isolation that I had at first looked to as a mark of dedication and a safe social sphere became limiting."

Accordingly, Marx has had to lose some of her previous conceptions about the pursuit of a professional dance career.

"There's this very prevalent idea that going to college, or doing anything else than graduating your dance school at 18 and doing company auditions, that that's somehow a level of failure. I used to feel that way a lot, but I don't anymore," Marx says.

It also meant accepting the loss of some facets of an academic experience.

"I'm not going to graduate in four years, and I don't mind. I'm fine with not having the full-immersion college experience. I don't live on campus. It's not the same feeling as a traditional undergraduate experience."

Marx is not alone in pursuing a professional dance career while attending Columbia.

At age 19, Victoria Dombroski moved to New York City to train and perform as a freelance ballet and modern dancer. Seven years later, she is now a senior at GS majoring in French and Francophone studies.

Dombroski continued to dance professionally throughout her academic career, which has allowed her to explore her multiple passions. "I have all these things that I love in my life, every single day. That's an amazing way to live," she says.

However, as graduation approaches, she feels some regret for this choice.

"Choosing to do two tracks at the same time, I've felt that I've come to this point in my life where I'm sort of this jack of all trades, master of none individual," Dombroski says. "I'm not excellent at dance, I'm not excellent at French. I feel mediocre in everything that I've taken on."

At the same time, Dombroski says, she has explored everything that she loves.

Some days, Dombroski is happy with her decision, yet others, she compares herself to dancers that have exclusively pursued professional careers. Even preceding her time at Columbia, Dombroski juggled other jobs and classes at a community college.

Contemplating graduation, the anticipation of the first time in her life when she can exclusively focus on dance is troubled by worry over her student debt.

"I've done everything that my heart has desired, but it's not been great for my long-term planning. Now I have to figure out, if I do want to dance, how will I be able to dedicate myself to it completely and be able to pay off my student loans? And that's a really hard thing to do."

Still, maybe the opportunity to fully dedicate herself to dance is not one Dombroski is willing to lose out on.

"I feel the pressure that I should do something straight out of college, that I need to get a normal job and enter the real world, but I've always been sort of nontraditional in my nomadic life."