Send Your Musician to the Ivy League

Send Your Musician to the Ivy League 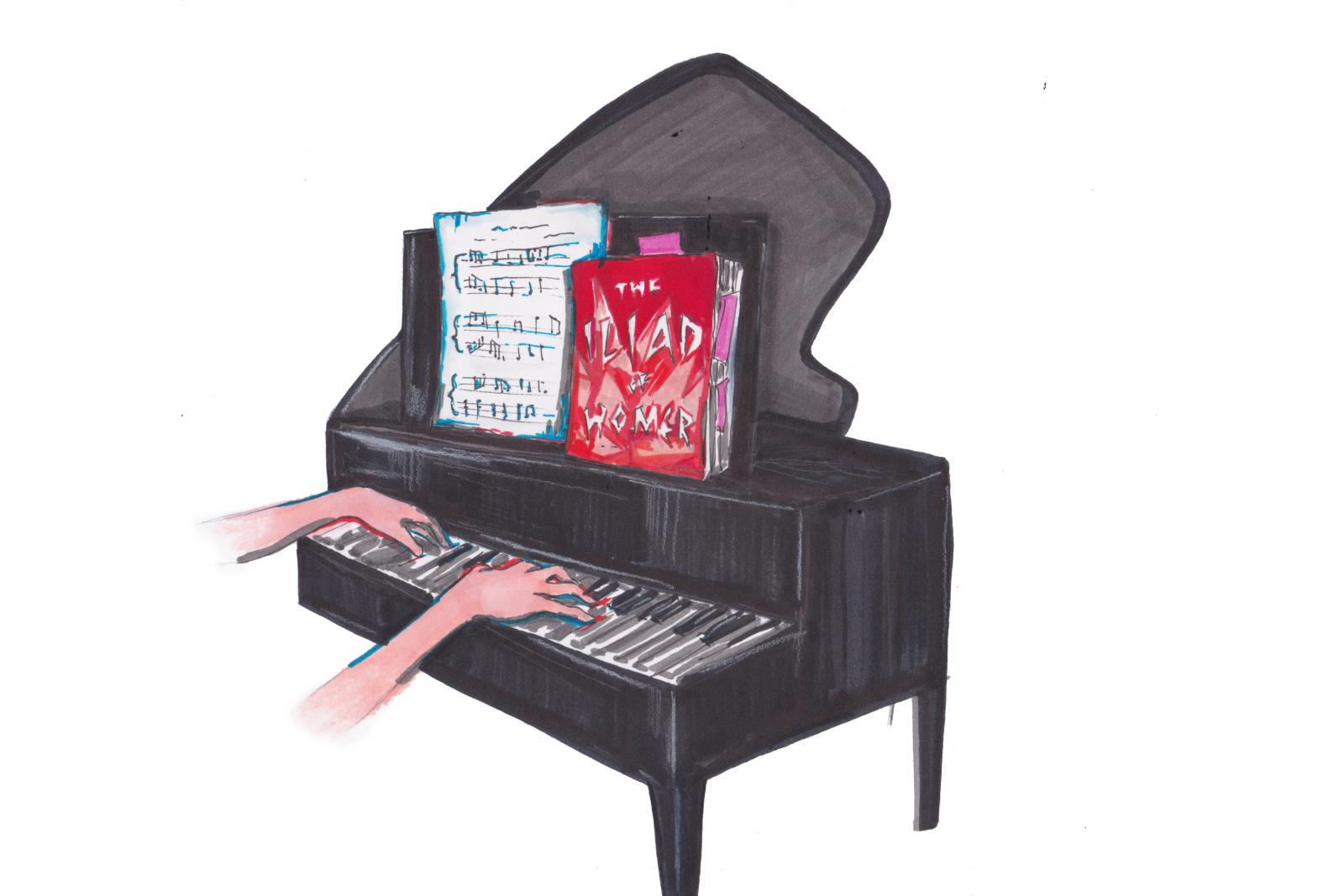 Each year, in the colonial town of Lenox, Massachusetts, hundreds of eager high school musicians flock to the Tanglewood Music Festival—or, as those in the know call it, BUTI (the Boston University Tanglewood Institute). After a summer of music-making, the last notes reverberate throughout Seiji Ozawa Hall and float into the rustic expanse of the surrounding lawns.

As musicians solemnly pack up their instruments, stand partners turn to each other to say their goodbyes, wondering if they will ever make music together again—will they perform alongside each other again in a university or at a conservatory? They've learned their scales, memorized the Mozart concerto, and perfected that tricky little piece by Elliott Carter. Now what?

The college decision for musicians is multifaceted: It is a balancing act, an assessment of whether to prioritize musical aspirations or academic pursuits. Many musicians who want to pursue music performance or composition as careers also have interests in other fields of study. High school seniors, like those at BUTI, must make the difficult choice between pursuing music in a conservatory or pursuing their other interests in a university.

For many making this decision, Columbia provides the perfect compromise: Students can study their non-musical interests as well as develop their musical knowledge and skills at a level comparable to conservatories. For many music students at Columbia, the decision to forsake a conservatory education has been recompensed by the influence their studies here have on their art.

Committing to a conservatory, which some argue provides the best training for a career in the arts, entails a life dedicated to the sole pursuit of music, with very little study in outside fields. Some students decide to forgo this traditional path due to their interests in multiple disciplines.

Like Hon, Columbia College sophomore Zara Ali, a composer, decided not to attend a conservatory because of a desire to understand more about the world around her.

"I couldn't compromise the fact that there was this other thing I wanted, and I wasn't sure what it was," she comments.

Students appreciate Columbia's liberal arts education not only because it gives them a broader academic background, but also because courses like those in the Core Curriculum impact their musical development.

"I've been introduced to a lot of things that are a part of music, like Don Quixote," Hon says.

"I mean, it certainly adds a nice backbone to your musical development, because you get to see what a lot of these compositions were inspired off of."

Orli Shaham is a concert pianist and musicologist who graduated from Columbia in 1997, where she took classes at Juilliard through the exchange program. She agrees with Hon's analysis, because she sees artistic and personal value in the study of the Core that justified her decision to pursue a traditional liberal arts major in addition to a conservatory experience.

"I really decided to make Columbia very much the focus of that time, I thoroughly enjoyed having that education, and I have to say the history major was an important part of my Columbia education, but the Core Curriculum was something for me I use to this day," Shaham says.

"That way of grounding human communication in all of its different forms; there's a literary, visual, aural—as in music—that kind of shared experience of humanity is something that I refer to all the time."

Since music is shared by people from diverse backgrounds, Shaham believes it follows that music is a form of human expression existing outside of race, gender, or ethnicity.

"I think music is a way that we have of expressing our humanity, but at the core, it's our humanity that is but such interest to us. That's what makes the Core Curriculum so powerful, it's that it gives you all these different ways to approach expressing your humanity and understanding somebody else's expressions of humanity," Shaham notes.

But musical development at a university does not end with the impact of academic studies on musical pursuits. Many students believe that, with some effort, the benefits of a conservatory education can be replicated at Columbia. They cite Columbia's music classes, its proximity to the New York City music community, and the Columbia-Barnard-Juilliard and Manhattan School of Music exchange program as traits that help in this replication.

Joseph Morag, a sophomore violinist at Columbia College, has been able to create a musical routine that prepares him for a career in music after college through the Columbia music department and other extracurriculars.

"At Columbia, I have the option of playing two full-time orchestras, and we have all the theory classes and the music elective classes, and I have lessons, and I spend tons of time with other musicians, so I feel very covered in all those respects," he says. He also notes that Columbia has allowed him to study under his violin teacher from the Curtis Institute of Music through the Dolan Prize—a scholarship that allows Columbia musicians to study with teachers outside of the University's music department.

Morag acknowledges, however, that his ability to replicate the conservatory education at Columbia was eased by his roots in the city and his prior connections to musicians at nearby conservatories like the Manhattan School of Music and Juilliard.

Despite Morag's advantage, musicians who did not grow up in New York City are also able to seize the performance opportunities that it provides. Jake Chapman, a senior vibraphonist and composer in the Columbia-Juilliard Exchange who grew up in the Los Angeles area, has been able to participate in New York musical events.

"I've got some good opportunities here with jazz ensemble and then also jazz ensemble at Juilliard, which I have a few concerts a semester with that—and then Jazz House," Chapman notes.

New York City's status as a hub for musical opportunities even allows students to pursue innovative musical initiatives. Along with other members of the Columbia Classical Performers, Serina Chang, a first-year at Columbia College, is creating a music festival specifically for musicians enrolled in universities. She is working in partnership with the Chamber Music Society of Lincoln Center and is aiming to schedule the festival for sometime in March or April 2017.

"Basically, the idea is to have a space for people like us—people who you are interviewing right now—people who care so much about music but for whatever reason they ended up at college—I have my reasons—but they are still really passionate," she says. "The idea of our festival is to show that there is more than one way to be a musician."

And perhaps Columbia is one of the main gathering places for all these different types of musicians, because attending a school like it allows students to pursue many fields. A Columbia education can yield many different outcomes while still allowing for serious musical study.

Chang, for example, is a pianist who has decided to not pursue music as her career, but at Columbia she can continue performing music at the highest level. She plays four-hand piano music with her sister, Columbia College senior Alison Chang, in a chamber ensemble at Columbia. Serina Chang notes how, above all, musicians at Columbia are united by their love of music, despite their different career aspirations.

"Yes, there's a difference. I don't look at music and think of it as my career, but at the end of the day, we are trying to make music at the highest level possible that we can still share that, even if the means of going about it or the practical goals are different, it's still music."

Since Columbia allows students to pursue multiple disciplines, student musicians are often encouraged by concerned guidance counselors and parents to enroll in universities like Columbia in case music does not work out for them. Students believe, however, that this fallback career notion is flawed: It is truly the desire to learn that propels them to choose a university over a conservatory.

"I've never studied computer science because I felt like I needed a fallback. I was just doing it from the beginning because I enjoyed doing it and thought it was fun," Chapman observes.

Morag agrees with Chapman's take on the idea of a fallback degree.

"Right now, I'm doing physics purely for the joy of learning about what the universe is," Morag adds.

"It's definitely way too difficult and not materially rewarding enough for it to be a fallback."

The student musicians' varying interests demonstrate what is special about Columbia as compared to conservatories: It is a place that allows for comprehensive study rather than specification—a place full of exciting potentials. Shaham sees those potentials as magical doors waiting to be unlocked by the wizards and witches of Columbia—all they have to do is simply incant alohomora.

"A college like Columbia has so many doors to open for you. And many of them you don't even know are there," she says.

"It was exactly those doors—those platform 9 3/4 doors—or pushing the brick behind the pub in order to get to Diagon Alley. You can't even see that they're there, let alone know how to open them, and going to a place like Columbia allows you both."