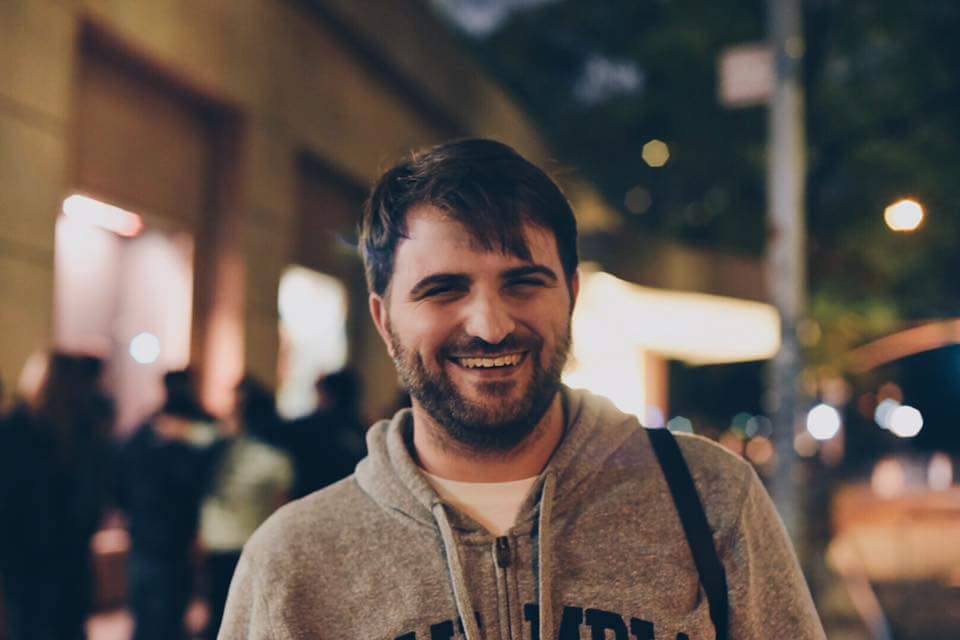 "Most of the time, articles are about integration, and I don't think that's as much of a problem," Adam Korzeniewski, a School of General Studies senior, says as he surveys coverage of military veterans returning to school in the media. While he struggles to connect to some of his peers at Columbia, that is not a difficulty he correlates with the time he spent in service. "It's not so much that I am absent of a community to lean back on. It's just that I am an individual."

There has been a lot of emphasis in Columbia's publications on the backgrounds military veterans came from, the memories they carry with them, and their transitions from the battlefield to the classroom. But what's next? How do they choose to spend their new, post-military lives? Interviews with six veterans show a diverse range of interests within a community so often seen as on the outskirts of the Columbia community.

To begin to fully understand the conversation surrounding veterans and their future career aspirations, it is useful to take a step back and look at recent changes in the structure and membership of their unifying club. The Military Veterans is the largest and most prominent veteran organization at any of the Ivy League institutions. It offers veterans a community, career support, networking events, alumni opportunities, and general representation at Columbia.

However, there was a falling out last year involving a leak of private messages, leading to a loss of donorship and the subsequent resignation of the executive board. The dissent began two years ago, when there was a rapid increase in the organization's membership. As more military veterans joined, the group was unable to maintain its structure. Complaints among students escalated into a 53-page document of emotionally charged Facebook messages about individuals and the general organization of the club. One of the complaints was regarding the leadership that lacked transparency and failed to represent the majority of Milvets.

Milvets today, as it did back then, offers many resources for students looking to pursue a career in finance or business. If you visit the club's website, the Career Initiatives page lists recruiting events with JPMorgan Chase; Veterans Career Initiative offers Finance 101; available internships include "Women @ Wells Fargo," Citibank, and the investment firm Western Ridge Partners. If available at all, similar resources for other professions are far fewer in number. From a quick online glance, it seems the club could be more aptly dubbed the "Milvets Finance Club."

This finance-heavy emphasis, however, is not entirely misrepresentative of military veterans or college students today in general. According to data provided by the General Studies administration, economics was the third most popular major among military veterans in GS in 2012, following political science in first place and history in second. In 2016, financial economics took the place of economics, computer science replaced history as second most popular, and political science still stood at the top.

Computer science, another major that is often used to prepare for a profession in finance, has grown tremendously in the last four years. In the 2011 to 2012 academic year, 3 percent of majors declared or completed by GS degree-seeking students were in computer science; in 2016, that number increased to 11 percent. Veterans at Columbia are clearly moving toward seemingly more profitable vocations.

Over the course of my interviews, veterans expressed a shared belief that the values veterans acquired in service parallel the demands of the financial world. Both Al Chang, formerly in the Air Force and now a senior at GS and the president of Milvets, and Wyatt Baker, an ex-Marine who is majoring in East Asian studies at GS, mention that finance—like the military—rewards you based on your performance.

"In the military, you do well and are thusly treated well; you earn your place and your respect," Baker says. "From my perspective, it seems like economics would lead me to a job with similar values."

Chang agrees, adding, "In the military, there is a culture that kind of admires the people who are doing the hard stuff, and there's a bit of glamour that comes with that. And I think there are a lot of elements of that in the finance industry as well."

As the Milvets' conflicts from last year underline, though, finance and business are not the only professional trends among veterans. Many are also expanding outward into diverse and unique fields of study.

Franklin explains the trend toward economics in the veteran community as a way for many veterans to help support their families. "Within our families, we're the ones spearheading social mobility, thus lucrative careers are attractive," he says. "The military doesn't pay shit for what you're asked to do, so there is a definitely a feeling of it's time to get mine."

Those who are not solely interested in monetary gain might go into policy or politics in order to potentially effect real change. Franklin sees both of these popular careers as leading to highly competitive environments, "a pervasive attribute amongst much of the military community," he adds. 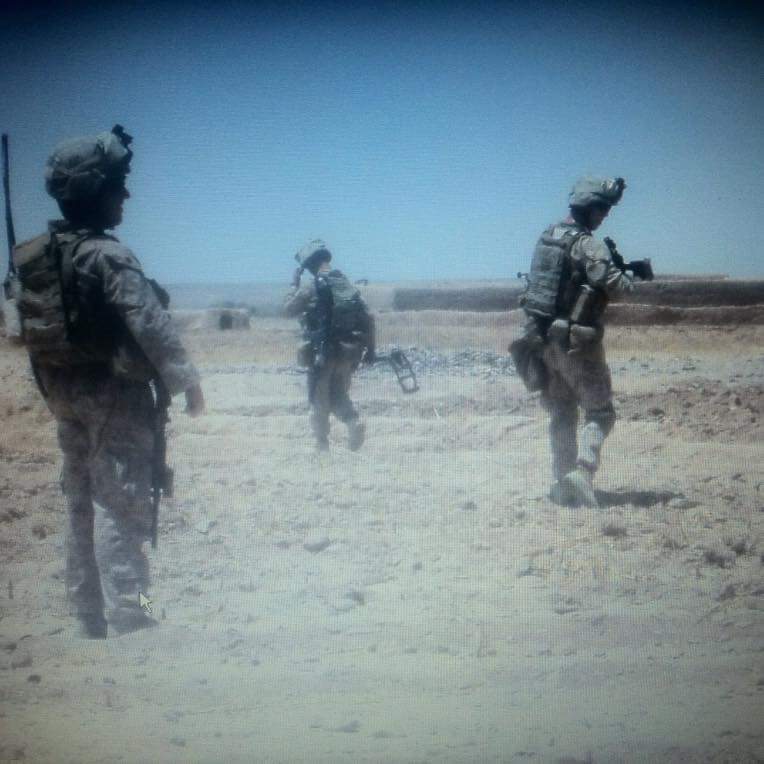 Franklin has certainly noticed a marked shift in the choices veterans are making in terms of career and educational paths. "When I first entered GS in the fall of '13, my major was certainly an outlier in the veteran undergrad community," he says. "But that community feels more diverse now."

Julian LaRosa, president of General Studies Student Council and a former staff writer for The Eye, is a creative writing and political science double major. He came to the stomping ground of Jack Kerouac to learn to write. When he first started, however, he had doubts about the workload involved in completing the double major. He tried out economics for a little while, before realizing that writing was what he wanted to do.

After graduation, LaRosa wants to go to graduate school for a master's in writing. He came back to school to better himself at the things he loves most, and he intends to continue to do so beyond the undergraduate level. "The whole reason for going back to school was just kind of personal development and getting better [at] things I was already doing," he says.

In addition to those factors, the Core Curriculum, in revealing more classical subjects, has played a part in influencing this shift of interests within the veteran community.

Baker came to Columbia planning to study economics. To fulfill his language requirement, he decided to study Mandarin with the hopes that it would later aid him in the business world. "In the process of spending a year here studying Mandarin and also studying calculus and statistics and so on, I found that the only class I was enjoying studying for was Mandarin," he says. "If I hadn't been required to experience the Core, I most likely would have maintained course." Baker is referring to the fact that although GS students have their own Core Curriculum, they have similar requirements as Columbia College and School of Engineering and Applied Science students like University Writing, Literature Humanities, Contemporary Civilization, and Global Core.

Korzeniewski, who is double majoring in computer science and statistics and hoping to finish a concentration in philosophy, plans on entering the finance world upon graduation. For him, however, the Core gave him the tools necessary to articulate his arguments. "It's mind-bogglingly critical," he says. "I think some people definitely switch career fields, because between the Core and their electives they actually try different things."

The Core is not something that some veterans consider before coming to Columbia, Chang believes. "I can tell you pretty confidently that the Core is probably the last thing on veterans' minds when they come to Columbia," Chang states. "I think what's first and foremost, not just veterans, not just GS, but people applying to Columbia, is the name." But, he too was extremely grateful for the education it gave him.

"You know, this may have been Columbia's intention when they instituted the Core, but when I am in some sort of highbrow environment where they are speaking intelligently about art and talking about the merits of some impressionist piece, I can actually keep up. It really helps me fit in," Chang says. "It helps me fake it till I make it."

Yet the Core offers a common ground for Columbia College, SEAS, and GS students, encouraging them to think beyond their original plan. Milvets has been faced with the responsibility of reconciling both sides within the veteran community: to include the side whose interests lie outside of Wall Street and computer science.

When the former executive board of Milvets resigned last winter, the newly elected board led by Chang promised to make a concerted effort to address concerns of the group. They took steps to implement the necessary changes such as promoting greater transparency within the organization, which was one of the primary criticisms levied in the past.

A Spectator article written in February outlined some of the group's new goals. They hoped to increase communication between the community and the leadership, encourage participation, promote transparency, and, the article states, "provide networking opportunities for Milvets in STEM and humanities fields fostering a more inclusive environment."

The new leadership also made a conscious decision to cater to fields outside of finance, and that is something they are still working on today.

John Scannell, who is currently taking a semester off of Columbia, served in the Air Force before owning the water tour companies in Seattle and San Francisco as well as being the operations manager at the Taco del Mar restaurant chain. He came back to school to major in public policy and international affairs. Although he has only been at GS for about a year, he is already an active member of Milvets.

Scannell  remembers when the new leadership came in last year. "One of the things they said is that they wanted to be inclusive to all the other fields as well," he says. "They seemed to make a point of it from the start."

He explains the makeup of the Milvets today. "So there's still a crowd of finance over here," he says, indicating a large huddle with his hands, "but then there are Julian [LaRosa] and some writers, and there are some other people over here. So there are just different pockets of people. It's just that the finance pocket is really heavy."

Milvets has shifted to more accurately represent the community it contains. And that community has become more and more like any other part of the Columbia society.

Indeed, the "veteran integration story" has been told time and time again. And arguably, this article is yet another one. But Milvets has made a concerted effort to include those students with interests that stray from the more commonly pursued majors and to extend the boundaries of their community.

"As president of the Milvets, we are trying to help veterans irrespective their majors and irrespective of their career goals," Chang says.

Have fun leafing through our fourth issue, and subscribe to our new weekly newsletter, As We See It!