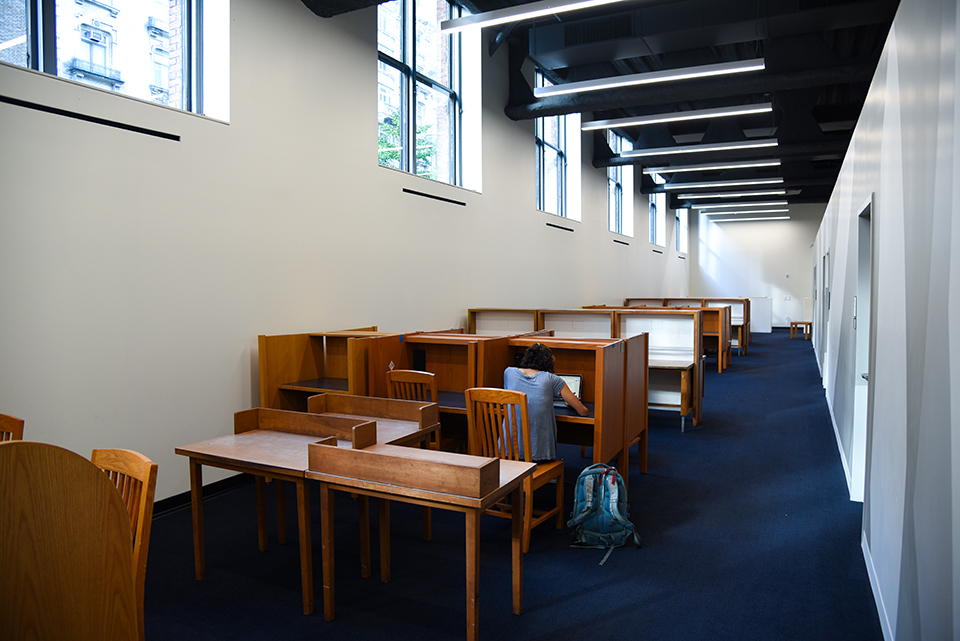 Before the move, many music majors took all of their music classes and voice lessons at Columbia due to space constraints.

Amid campus-wide discussion about the allocation of newly available space following the opening of the Milstein Center, Barnard’s music program has been granted space in the LeFrak Center, with rooms designated for rehearsals, concerts, and voice lessons.

In a statement to Spectator, Chief Operating Officer Robert Goldberg said that the college has set aside two sound-protected offices on the first floor for voice lessons and is now in the process of moving pianos into LeFrak from Milbank. He added that the college has decided to make a first-floor seminar room temporarily available as a rehearsal space for student groups to practice in.

Student musicians have historically lacked adequate soundproofed space on campus and Barnard’s music program—unlike corresponding programs at colleges like Smith College, which often have dedicated wings or buildings—has resorted to holding classes in smaller, temporary rooms. Furthermore, student musicians looking to rehearse are forced to move between classrooms as they become available.

Music major Madelyn Baker, BC ’19, said she struggles to find a weekly rehearsal room for her flute choir without interrupting student study spaces.

“Because we have to just rehearse in normal classroom space, we never know what the situation is going to be,” she said. “There was one instance last year where official administrators asked us to stop playing because they were having an important meeting with President Beilock on the floor below.”

Like many other music majors, Baker takes all of her music classes and voice lessons at Columbia due to space constraints. She said she hopes the newly allocated rooms in LeFrak will increase the music program’s presence on campus.

“A lot of Barnard music majors feel like they are just shouting into a void because we have been in desperate need of space since I got to Barnard, but there hasn’t been any significant changes until now,” she said. “I hope we can exist more at Barnard by having this physical space.”

The music program has also struggled to find practice rooms to accommodate the 50 Barnard and Columbia students taking voice lessons.

Currently, the only space dedicated to teaching these lessons is within the music program’s office in Milbank.

Music professor Gail Archer, who is also the Barnard music program director, said that numerous challenges have come with teaching voice lessons in the same room as her office.

“We were struggling last year when they were teaching in [Milbank]; we were so crunched for space,” Archer said. “The walls are not reinforced and there are theater department offices up there … and the folks up there in theater really need some quiet space.”

Archer shared her excitement about receiving quiet piano rooms, adding that this space will also benefit musically inclined students who want to play or sing on their own.

“The administration has been very supportive—the registrar, provost, representative from theatre, and events management,” she said. “Now there are no dark clouds and everything is good.”

A previous version of this article misreported the number of students taking voice lessons at Barnard. Spectator regrets the error.