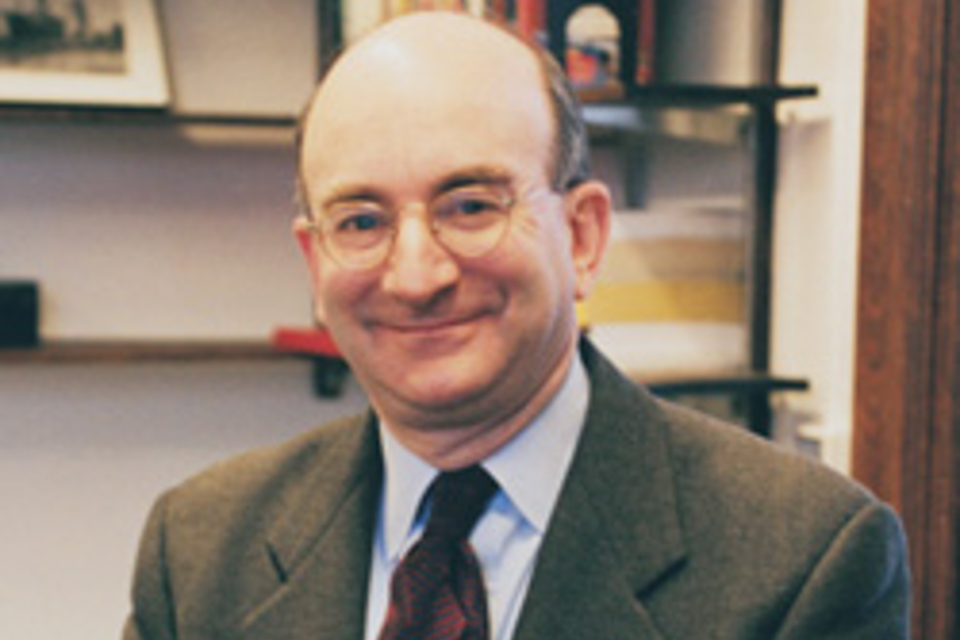 A specialist in the history of twentieth-century America, Brinkley joined Columbia’s faculty in 1991. He served as chair of the History Department from 2000 to 2003 and as University Provost from 2003 to 2009.

Alan Brinkley, a leading scholar of American political history, professor at Columbia for more than two decades, and a provost emeritus of the University, died on Sunday night. He was 70.

Evangeline Morphos, his wife, told the New York Times that Brinkley passed due to complications of amyotrophic lateral sclerosis, or Lou Gehrig’s disease, which he had suffered from for 3 years.

Brinkley, who succeeded Jonathan Cole as provost in 2003, was the first provost of the University appointed by President Lee Bollinger as well as the first provost to face the pressures of Columbia’s Manhattanville expansion. A specialist in the history of twentieth-century America, Brinkley joined Columbia’s faculty in 1991 and received the Great Teacher Award in 2003. He served as chair of the History Department from 2000 to 2003 and as University Provost from 2003 to 2009. Brinkley also served as vice chair for the Task Force on Undergraduate Education.

“To whichever of the many conceptions of “public intellectual” one may subscribe, Alan’s life met and, in many ways, set the standard. He will be missed here at Columbia, and by many beyond our gates who benefited from and enjoyed all that Alan taught us over the course of his lifetime,” Bollinger wrote of the late professor in a letter to the Columbia community.

“Alan’s years as Columbia’s Provost, from 2003 to 2009, set standards for integrity, judiciousness, and fidelity to our mission—and were a testament to his selflessness and his loyalty to this institution.”

Brinkley’s work detailed some of the most seminal events of the 20th century, including the Great Depression and World War II, as well as powerful figures like Franklin D. Roosevelt and John F. Kennedy. He was a Pulitzer Prize Finalist for his book “The Publisher: Henry Luce and His American Century” and received a National Book Award for “Voices of Protest: Huey Long, Father Coughlin, and the Great Depression.”

In a statement to Spectator, Foner added that Brinkley “powerfully shaped how we understand modern American history and through his U.S. history textbook influenced how tens of thousands of students encountered our past.”

Robert Kasdin, former Executive Vice President of Columbia who worked with Brinkely in his capacity as provost, described Brinkley as a thoughtful, well-reasoned person whose values shone through in every interaction. Kasdin attributed Manhattanville’s growth and focus as an academic project to Brinkley’s vision and advocacy.

“Alan embodied the highest ideals of the university. He was an outstanding teacher, scholar, and provost. I valued my partnership with Alan during his time as a provost and as a friend that lasted well beyond his tenure. This is a loss to us who value the fundamental tenets of an academic university,” Kasdin said.

Along with his preeminence among colleagues and scholars, Brinkley found popularity among the students who took his classes and read his history textbooks. A Spectator article from 2013 illuminated Brinkley’s status as a pop culture icon on Columbia’s campus and in high school classrooms across the country, inspiring Facebook groups such as the "Alan Brinkley Appreciation Society," "Alan Brinkley is Our Boyfriend," and "My Heart (and Life) Belong to Alan Brinkley.”

In a statement to Spectator, history professor David Eisenbach described the late professor as one who “bridged the academic world and popular audiences from The New Yorker to high school history textbooks.”

Eisenbach noted the influence of Brinkley’s father, David Brinkley, a prominent anchor for NBC News, on his understanding of D.C. politics.

“Along with an encyclopedic knowledge of 20th century politics, [Brinkley] grew up in his father’s world of Beltway insiders and understood it better than most senators and presidents,” Eisenbach said.

“Alan was a great and true friend, an extraordinary historian and academic colleague, and as fine an administrative leader as I've had the privilege with whom to work during my career,” former Executive Vice President and Dean of the Faculty Emeritus, Nicholas Dirks, who worked with Brinkley during his time as provost, said in a statement to Spectator.

“I was always impressed and instructed by his deep commitment to the university, his fundamental generosity and gentleness, and his abiding belief in the principles of academic life -- even with the most difficult and vexing of administrative issues and challenges. He will be sorely missed.”