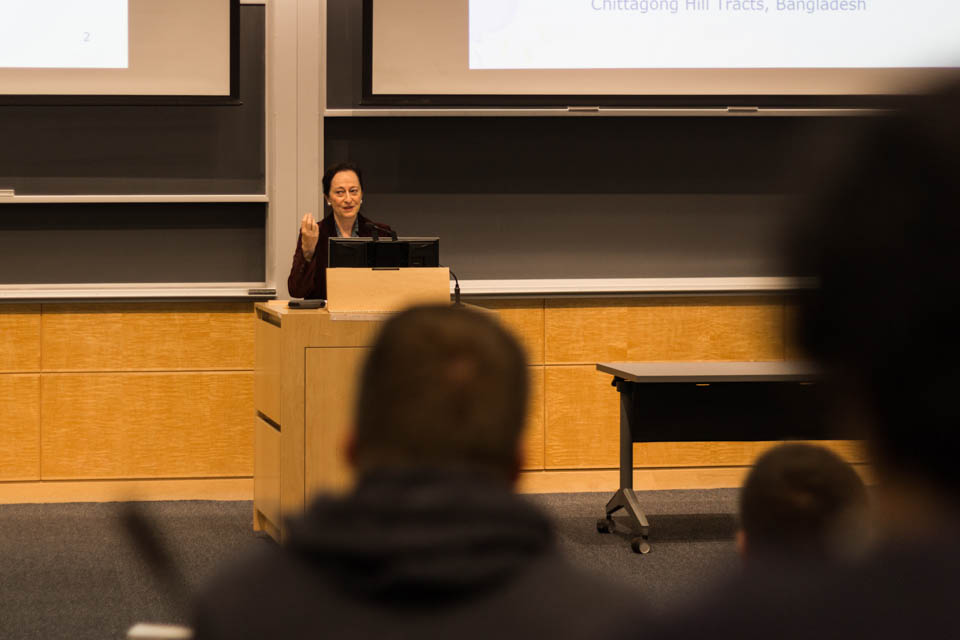 On Monday, Elsa Stamatopoulou, former chief of the Secretariat of the UN Permanent Forum on Indigenous Issues, spoke on the developments and challenges to implementing protections for cultural rights on a worldwide scale at an event at the law school.

Adopted by the UN General Assembly in 2007, the UN Declaration on the Rights of Indigenous Peoples provides the standards for countries to protect indigenous populations on issues ranging from their ownership rights to their cultural expressions, identities, languages, employment, health, education, and economic activities, among others. This development preceded the implementation of the special rapporteur on the rights of indigenous peoples in 2009 and the affirming of the protections by the Committee on Economic, Social and Cultural Rights.

According to Stamatopoulou, who is also director of the Indigenous Peoples' Rights Program at Columbia’s Institute for the Study of Human Rights, both measures have been fundamental in the promotion of cultural rights.

“Beyond controversies that may continue to exist, respect for cultural freedom, identities, and cultural pluralism within a context of a democractic politic is more urgent than ever. To recognize cultural rights as legal rights is a bold statement and key to action,” she said. at the event.

She added that the phrasing of the language in Article 27 of the UNDRIP assumes minorities will participate in the culture of the nation-state, and fails to protect groups against assimilation.

Stamatopoulou traced the history of the protection against assimilation to the 1948 Convention on the Prevention and Punishment of the Crime of Genocide, where the definition of genocide was not extended to deliberate acts with the intent to destroy the language, religion, or culture of a minority, such as prohibiting the use of language in schools, printing, and circulation of language.

“Protection of minorities would normally include protection from discrimination and protection against assimilation and in particular protection of ethnicity and language, ” Stamatopoulou said.

When asked about ways to reconcile the progressive realization of cultural rights and the obligations that the state has to immediately address cultural rights, Stamatopoulou emphasized the need to start with combatting discimination against cultural practices, in particular by increasing accessibility to indigenous languages. She cited the International Year of Indigenous Languages as a successful attempt to combat the decline of indigenous languages by supporting efforts to increase communication and learning methods.

On the other hand, and on a smaller scale, Stamatopoulou expressed disapproval over Columbia’s decision to no longer offer a course in the Uto-Aztecan language Nahuatl.

“Since cultural rights impact so deeply on identities, event symbolic acts can have an impact in society and set the stage more positive changes—ones that go beyond the symbolism and moral aspects and attach material demands that natural rights entail, such as language rights. An indispensable condition for such a process, however, is the full and effective participation of the population’s concern,” Stamatopoulou said.

While she agrees that the adoption of the declaration was a step in the right direction, Stamatopoulou criticizes the UN’s designation of World Heritage Sites, as it is only done in consultation with the state rather than through speaking to indigenous people. She notes that states often follow the tradition of respecting and promoting “innocent folklore,” but fail to ensure cultural protections for indigenous groups to practice their traditions.

“Human rights asks what goes to the dignity of creators of a culture of a product, of the individual, of the group, what is the cultural groups asks that and how is that protected and respected,” Stamatopoulou said.