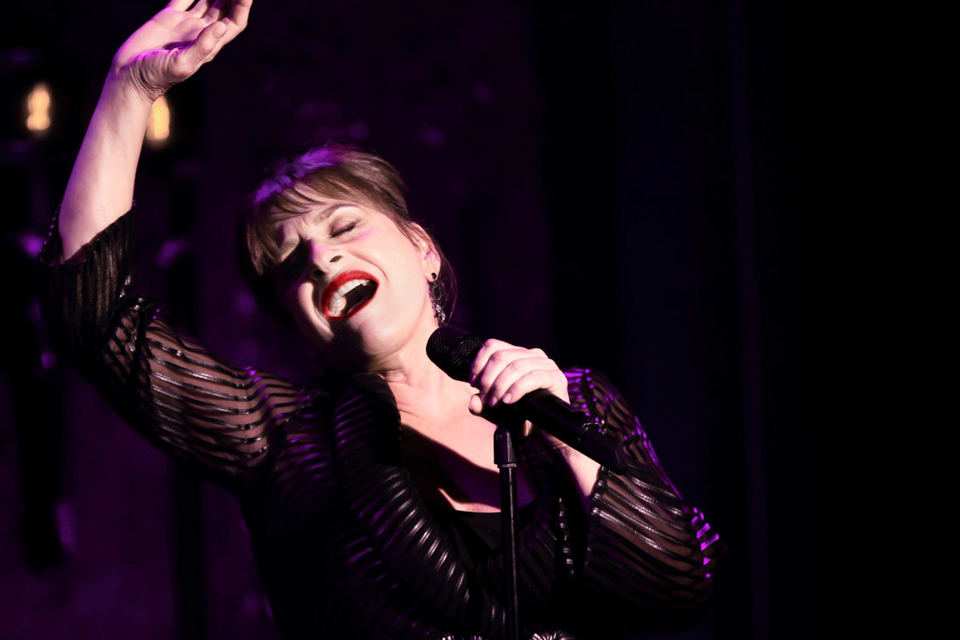 The collection can be accessed in the Rare Book & Manuscript Library located on the sixth floor of Butler Library. The Rare Book & Manuscript Library Performing Arts collection was created by Columbia professor James Brander Matthews, considered to be the nation’s first professor of dramatic literature. The library additionally includes collections from many renowned theatrical personas, including dramatist Tennessee Williams, entertainer and civil rights activist Josephine Baker, and dancer and choreographer Arthur Mitchell.

“It’s just a wonderful addition because [LuPone] has done so many things,” said Jennifer B. Lee, the Rare Book & Manuscript Library’s Performing Arts curator. “She’s done musicals, she’s done, actually, opera, she’s done plays, she’s done movies, she’s done Broadway, she’s done off-Broadway, and she grew up on Long Island and then went to Julliard. It’s all a New York story—although she’s also been very much honored in other parts of the world, like getting Olivier Awards in London for her work in the West End.”

“There were issues with other places where she had offered the collection not wanting the whole archive; they wanted to pick and choose,” Lee said. “And I said to Phillip, ‘No, we want her scrapbooks, we want her scripts, we want her programs.’”

LuPone, a founding member of the Drama Division of The Juilliard School, has starred in many famed musical theater roles, including Eva Perón in the original Broadway production of “Evita” (1979) and Fantine in the original West End production of “Les Misérables” (1985). She has starred in successful Broadway revivals of “Anything Goes” (1987), “Sweeney Todd” (2005), and “Gypsy (2008)”, and has received two Grammy Awards, two Tony Awards (and seven nominations), and two Olivier Awards throughout her career.

LuPone has also appeared on television, in shows including “Crazy Ex-Girlfriend,” “Girls,” and “American Horror Story: Coven,” and is the author of “Patti LuPone: A Memoir.”

"You don't like Patti LuPone, you don't dislike Patti LuPone; you respect Patti LuPone,” Thomas Deen Baker, CC '22, Varsity Show alum and theater major, said. “She is the artist of our generation. Her vocal resonance, her vocal tone, her vocal quality, her vocal production itself has produced some iconic musical theater numbers, songs, recordings, for our time. And her voice alone will go down in history as one of the most well-respected, well-revered voices in the history of musical theater as an art form. ... I very much plan on visiting the library. I love Patti LuPone!"

The collection is arranged in seven series: scrapbooks; scripts; sheet music; playbills; programs; press, posters, magazines, and books; and photographs. This includes original playbills from LuPone’s appearances in “Evita,” “Gypsy,” and “The Three Sisters,” scrapbooks of materials from her time at Julliard, and her original transcribed sheet music for pieces including “Being Alive” from “Company,” “A Boy Like That” from “West Side Story,” and “I Dreamed a Dream” from “Les Mis.”

Theater major and Columbia Musical Theatre Society board member Kate Purdum, BC ’22, noted how she enjoys using the performing arts archives. She added how theater, especially Broadway, is particularly tied to the history of New York, and how the addition of LuPone’s works is a great asset to the library.

“I think [the archives are] such a great resource that we as students can use, and people in the rest of New York can use,” Purdum said. “And because [LuPone has] had such a long career, and has been a part of so many really influential productions ... she pioneered a lot of things, for a lot of people, in a lot of ways, and a lot of different parts of theater and musical theater, and so to have all of her stuff here is just really great, and I'm really excited to go look at it and use it."

According to Lee, materials available from LuPone’s archive can be surveyed and requested to view on the Columbia University Libraries Archival Collections finding aid, and as the collection is quite extensive (totaling 52 boxes), most material is housed off-site and needs to be requested at least two business days in advance. No special reason needs to be given in order to request the materials; they are available for all students to view.

At the age of 70, LuPone’s career on the stage continues—and so, theatrical material will continue to accumulate.

"We haven't set [the collection of additional material] up in any formal way; it really is probably as a few boxes accrue, those will come periodically,” Lee said. “The absolutely amazing thing with her, which has not happened very often, is that she has had an archivist as part of her staff, for at least 10 years, if not more, a trained archivist. And so not only the material has been kept in an archival way, but the listing of the material was kept in a professionally archival way.”

LuPone returns to Broadway in March 2020 to reprise her Olivier-winning role in the revival of Stephen Sondheim's “Company.” Thus, the archive is perhaps far from complete—replete with memorabilia spanning a renowned career in the arts of the past, but perhaps, soon including theatrical memory of the future.