Columbia ends 14-year divestment in Sudan, cites investment as a force for stabilization

Columbia ends 14-year divestment in Sudan, cites investment as a force for stabilization 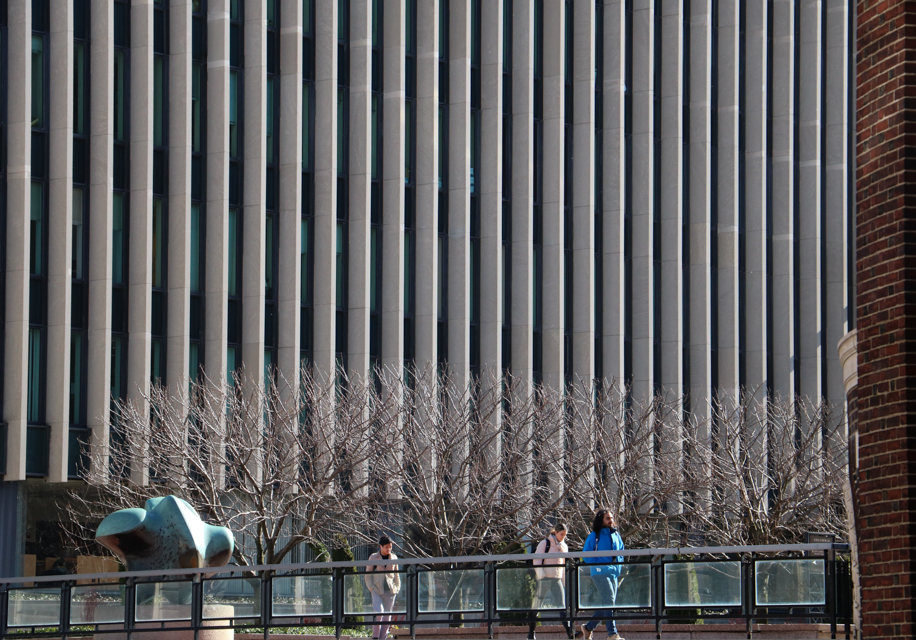 Experts consulted by the ACSRI believe the decision to end divestment is one step toward revitalizing a country in the midst of a transition from autocratic to democratic rule.

Columbia has officially ended its 14-year policy of divestment and non-investment in companies operating in Sudan. The board of trustees voted to lift the policy on Jan. 20 after a recommendation issued by the University’s Advisory Committee on Socially Responsible Investing.

The University officially divested from Sudan in 2006, following the lead of the U.S. government’s decision to enforce economic sanctions in 1997 and to label the ongoing crisis in Sudan as a “genocide” in 2004. Both the University and U.S. government have previously cited extensive human rights violations as reasons they imposed economic sanctions or divested from Sudan. However, due to developments in recent years, the ACSRI has concluded that ending its policy of non-investment is now “necessary to stabilize the country and reduce human rights’ violations.” Experts consulted by the ACSRI believe the decision to end divestment is one step toward revitalizing a country in the midst of a transition from autocratic to democratic rule.

The ACSRI, established in 2000, exists to advise the board of trustees on the ethical and social implications of various investments made from the University’s $11.26 billion endowment. Made up of four faculty members, four students, and four alumni, the committee takes on a strictly advisory role in monitoring existing divestment policies from year to year and recommending new ones. In recent years, the ACSRI has recommended divestment from private prisons, thermal coal producers, oil and gas companies, tobacco products, and Sudan. All final decisions on divestment are left to the vote of the board of trustees.

A 2006 Spectator article reported the University’s initial divestment from 18 non-U.S. firms based in Sudan. Some students called the move “symbolic” at the time, given that the University had never actually invested in any of the named 18 firms, but had other financial holdings tied to Sudan. Initial divestment came after the ACSRI received a presentation by the student-run Columbia University Sudan Divestment Task Force.

The ACSRI’s initial recommendation was to divest from and prohibit future investment in any publicly-traded non-U.S. companies that “substantially” enhanced the revenues of the Khartoum government. All 18 of the original firms were oil and gas companies that were instrumental to Sudan’s infrastructure. The divestment list was regularly reviewed thereafter and revised in March and June of 2007, and March of each year that followed.

At the time of divestment in 2006, the ACSRI report justified the new policy on the basis that “Arab Janjaweed militias, believed to be acting in cooperation with Sudanese Khartoum regime, have been systematically perpetrating atrocities, including rape, torture, and murder against the indigenous non-Arab ethnic groups in the region.” At the time of the report, it was estimated that 200,000 civilians from the western province of Darfur were killed as a result of genocidal violence. As of 2021, the estimate is closer to 400,000.

According to the body’s official recommendation to end divestment now, the standard of human rights has generally improved in Sudan and the state is “no longer at the level of genocide nor near the same level of violence as occurred at that time of divestment.” Additional reasons for ending divestment included the April 2019 ousting of President Omar al-Bashir—labelled the “key architect” of the 2006 genocide—, a new transitional military civilian government that will govern until the first official election in 2022, and the advice of experts and specialists from various organizations.

These experts and specialists included Mahmood Mamdani, Herbert Lehman professor of government at Middle Eastern, South Asian, and African Studies. In an email to Spectator, Mamdani explained that his presentation to the ACSRI in September outlined how the committee’s reliance on numbers of dead in Sudan was “questionable” on two counts—numbers released by the Save Darfur Campaign were “highly exaggerated,” and interpretation of figures was confounded by an ongoing climate crisis and the civil war that had begun before Bashir’s government came into power.

David L. Phillips, director of the Peace-Building and Rights Program at the Columbia Institute for the Study of Human Rights, was consulted in late November by the ACSRI’s Sudan subcommittee after personally reaching out to express his views on Columbia’s divestment policy. He indicated that the end of Columbia’s divestment fits into a pattern of normalizing United States-Sudan relations.

“The Sudanese people need a peace dividend,” Phillips said. “They’ve paid a terrible price living in a dictatorship and overthrowing Bashir, the dictator. Columbia’s endowment doesn’t necessarily represent the peace dividend, but it does send a signal that international relations with Sudan are being normalized as it occurred in the same context as the decision made by the U.S. government to remove Sudan from the list of state sponsors of terrorism.”

In October, Sudan’s label as a State Sponsor of Terrorism was removed after being on the list since 1993. Two months later in December, Congress passed the Legal Peace legislation, further revitalizing United States-Sudan relations and putting the total value of U.S. assistance to the country at $1.1 billion.

The violence that took place under Bashir prompted Dirk Salomons—a special lecturer at the School of International and Public Affairs who has spent time in Sudan—to argue before the ACSRI in 2017 that reconsidering divestment was the wrong course of action. At that time, he believed Sudan to be under “a regime violating every possible tenant of human rights” with a “ghastly criminal history.” Recent developments and the new transitional civilian-military government have led Salomons to conclude that ending divestment will do more to help than harm the Sudanese people.

“The civilians have fought so hard to get a voice and they are still so endangered and weak that unless they can show some results, they can show the people, they are providing improvements in the quality of life, they lose their credibility,” he said.

According to Salomons, the Sudanese military still controls a significant portion of the Sudanese economy. Under Bashir, the country’s economy was defined by government-run companies or those owned by military or regime officials and their allies. However, the revitalization of international relations between the United States and Sudan, and the reinvestment in the nation from institutions like Columbia has the potential to stimulate the economy in a way that would support the continued liberation of Sudanese civilians.

“It’s very precarious, but the country needs to get out of the grips of the military and the only way to do it is economic growth of the sector that is not in the hands of the military,” Salomons said.

Of the 12 members of the ACSRI, eight voted to end divestment, two dissented, and two abstained. According to the ACSRI’s official recommendation to the board of trustees, dissenting views included that the decision to end divestment was “premature” and the current situation still “tenuous.” Moreover, dissenting members cited the fact that Darfuris continue to face violence from groups that were supported by former President Bashir; that multilateral peacekeeping forces have ended their mission in Darfur as of Jan.1;and that the plan to transition to complete civilian rule will run into 2022—meaning Sudan has yet to attempt free and fair elections, the staple of any democracy.

According to Phillips, such an attitude will only continue to stunt Sudan’s progress toward reform.

“Perfection is the enemy of good,” he said. “There are clearly additional reforms needed in Sudan. There’s a lot of momentum right now to follow through with reforms. We should encourage that instead of withholding from the Sudanese people the accolades that go with changing their dictatorship.”

Generally, the investments of a university’s endowment have been lauded as indicative of its institutional values. While initiating or ending divestment policies sends a message about what these values are, Salomons believes elite institutions like Columbia can do more to tangibly lend support toward movements on which the University has reached a consensus.

“Looking at the portfolio of a university is a way of seeing what are its values,” Salomons said. “The investing policy is important, but I don’t think it makes much of a difference globally. What a university should really do is be a beacon of messaging on key issues of human rights and stability. [Universities] can do so much more than passively investing; [they] can do so by continuously speaking out when human rights are violated.”