‘He was larger than life’: John Howard Johnson’s fight for integration stretched far beyond Columbia

‘He was larger than life’: John Howard Johnson’s fight for integration stretched far beyond Columbia 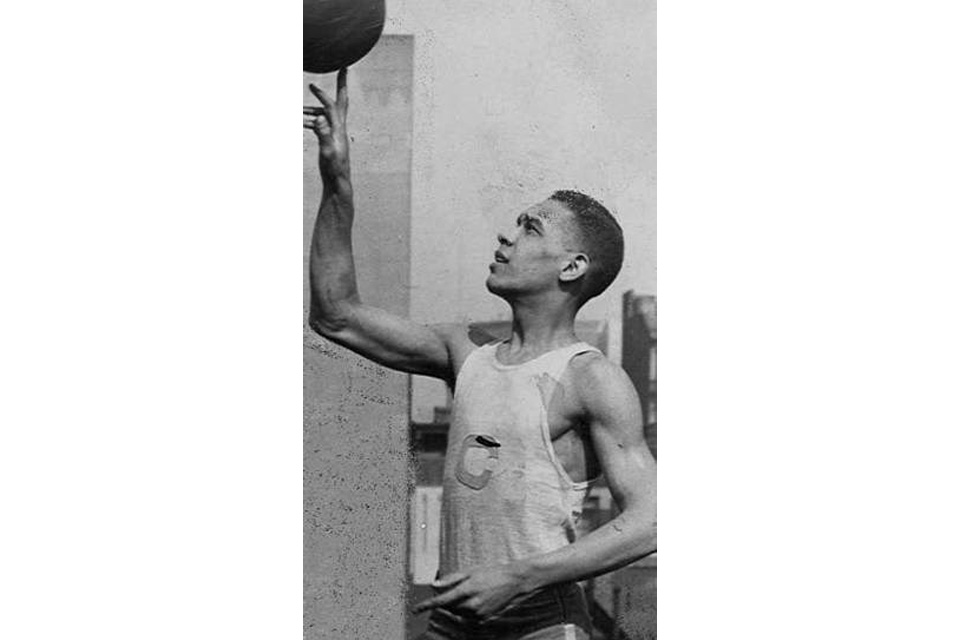 Johnson’s basketball career was defined by big performances against Dartmouth and The City College of New York.

Everywhere he was known, John Howard Johnson left an unmistakable impact. His life’s achievements stretched from Columbia’s basketball courts to the streets of Harlem and the fields of Negro League Baseball. The strength of his character made an impression on every group of which he was a part.

A member of the first generation of his family born in New York City, Johnson, CC 1922, blazed a remarkable trail at Columbia. As the first Black player on the basketball team, Johnson was an unquestionable star: He once scored over half of the Lions’ points in a 28-25 triumph over Dartmouth in 1920.

The Rev. Johan Johnson, John Howard Johnson’s son, explained that basketball—like many other parts of life—looked extraordinarily different in the 1920s. After each basket, players would go back to midcourt and jump ball, dramatically slowing the pace of play and making it difficult to judge Johnson’s father’s dominance by today’s standards.

“When I used to watch basketball, in the Patrick Ewing era, my dad would say … ‘This is a silly game; all they do is run and shoot,’” Johan Johnson recalled. “It’s hard to connect his stats or his ability because it was a totally different game.”

Beyond the hardwood, John Howard Johnson’s academic legacy as a Lion was perhaps what was most important to him. After graduating from Columbia with an undergraduate degree, Johnson completed a master’s degree in anthropology at his alma mater, studying under one of the most prominent anthropological thinkers of his era, Franz Boas.

Boas, a staunch opponent of scientific racism, is most remembered for his research explaining that race is an artificial construct. Johnson’s work towards a master’s thesis under Boas built the groundwork for his lifelong fight for integration.

Dr. Lawrence Hogan, professor emeritus of history from Union County College in New Jersey, who is writing Johnson’s biography, elaborated on the importance of Johnson’s academic career at Columbia.

“It meant a whole lot. Basketball meant a lot to him, but his academics were more important than basketball, more important in terms of the rest of his life and what he could do with it,” Hogan said.

Johnson’s success on the basketball court came despite racism from administrators, including then-University President Nicholas Murray Butler. Johnson’s son recalled that his father frequently told the story of an encounter with Butler during his graduation.

“The president sat him down and said, ‘John, what are you going to do now that you’ve graduated?’ When he said he wasn’t sure, the president said, ‘I think you should go south and help your people.’ And my father said, ‘To hell with you,’ and left,” Johan Johnson said. “My ancestry was people getting out of the South. … My father was rooted in New York.”

Following his time at Columbia, John Howard Johnson, an ordained reverend, left a transformative footprint in Harlem, where he founded St. Martin’s Parish in 1928, a congregation that ballooned to include over 3,000 people by the 1940s and was honored as a New York City landmark by 1966. His church served as a vehicle for the activism that defined much of Johnson’s legacy in Harlem.

At St. Martin’s, Johnson established the first credit union in New York state to be founded in a church, as most of the credit unions in the city refused to serve the Black community. He also pioneered a boycott campaign against stores that would not hire Black employees, launching a Don’t Buy Where You Can’t Work movement in the 1930s.

“It was a major protest movement, and it’s something that happened, in many ways, long before what most people think protest movements were about,” Hogan said. “It was a boycott, it was picketing out in front of the store, and it was successful and it achieved their purpose.”

Through Johnson’s time as a reverend, he molded St. Martin’s into a “resource church,” his son said. St. Martin’s, which largely included a population of residents from Caribbean countries like Jamaica and Trinidad, was a service institution as well as a traditional church. Johnson’s mission as a reverend was irrevocably tied to his life’s mission: integration.

“[Integration] was everything. It was total. ... The most important thing for him was to be seen as a person—as a very good minister, not a very good ‘Black minister.’ He never referred to St. Martin’s as a Black church,” Johan Johnson said.

John Howard Johnson’s activism in Harlem would soon garner recognition on a national scale. The reverend’s close relationship with Effa Manley—an owner of the Newark Eagles, a Negro League Baseball team and an influential figure within the world of Black baseball—helped Johnson become the next commissioner of the Negro National League in 1947, the biggest Black baseball league in the United States at the time.

“She respected John Howard Johnson very much, and she worked within the group that ran the Negro National League for several years, championing him as a person that they much needed, … someone who was respected and involved in sports in his own career,” Hogan said.

Johnson spearheaded the Negro National League at a watershed moment when Jackie Robinson broke the color barrier in 1947 and began the integration of Black baseball players into Major League Baseball. A lifelong proponent of equal treatment, Johnson supported the process of integration but maintained that the owners of the Negro League teams should be compensated for their players as they departed to the major leagues.

Owners of major league teams, however, never provided adequate compensation to most of the players that left the Negro League.

“He couldn’t be against them going into the majors—integration was his whole life, in terms of pushing it forward—but he did want fair compensation for the players,” Hogan explained. “Most of them were just taken.”

According to Hogan, Johnson would have likely celebrated the decision: The minister spent his entire life fighting for equal representation and treatment, and MLB’s decision offers the Negro League just that. “[To have] the recognition that comes from the quality of baseball that he knew was there … I can’t imagine he wouldn’t be pleased,” Hogan reflected.

Beyond his achievements, Johnson’s lifelong determination will be cherished by his son forever.