A letter from your TA on the upcoming strike

A letter from your TA on the upcoming strike 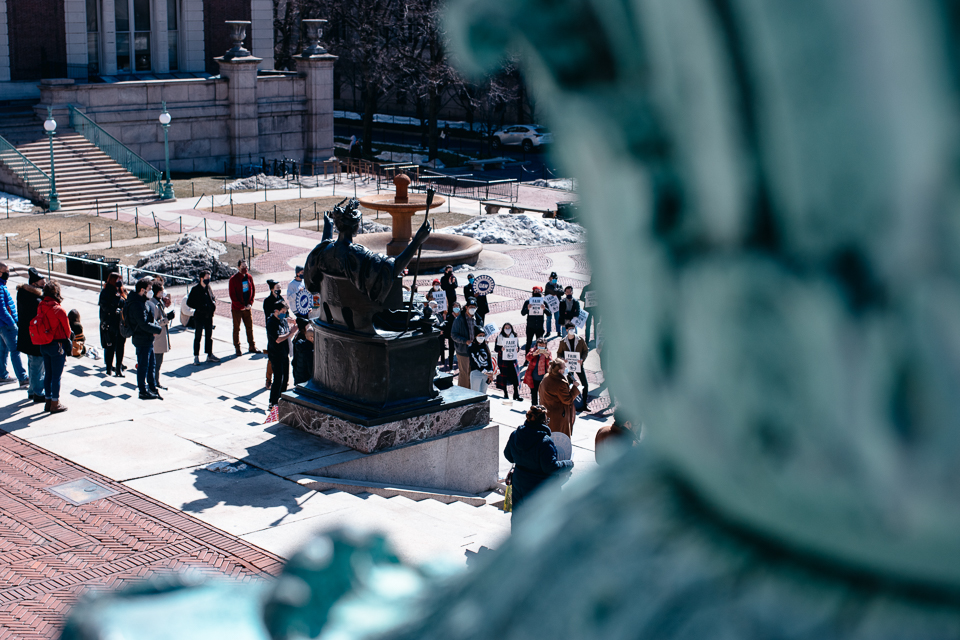 It has been over four years since my colleagues and I voted to form a labor union to negotiate for better working conditions at Columbia, but the University’s administration has yet to agree to a contract that guarantees reasonable compensation and basic protections against power-based harassment. In an effort to push the administration for several important concessions, my union—the Graduate Workers of Columbia—has scheduled a strike starting on Monday, March 15. I have committed to joining this strike because over these last four years, I have learned that the threat of workers withholding labor is one of the only bargaining tools that motivates change from the members of Columbia’s administration.

The initial vote to unionize took place during my first semester of graduate school on December 7-8, 2016, and passed with a resounding 72 percent in favor of unionization. In the weeks leading up to the vote, Columbia’s administration gave every indication that it was prepared to accept the outcome. After the result was announced, graduate workers even received an email from then-Provost John Coatsworth acknowledging our decision to unionize and thanking us for our participation.

A week later, we learned that the administration had filed objections to the certification of our vote based on a number of procedural complaints. It took about three months for the regional National Labor Relations Board to issue a decision rejecting these complaints, recommending “overruling the Employer’s objections in their entirety.” The administration quickly appealed the result to the NLRB in Washington, D.C. It wasn’t until December 2017–more than a year after our vote had taken place—that the NLRB, which had the final word on union certification, dismissed the administration’s objections.

Less than two weeks after the NLRB ruled for the union for a second time, Coatsworth sent an email informing us that instead of bargaining, the administration would “seek review of the status of student assistants by a federal appellate court.” To be clear, the administration had no basis for legal recourse. By refusing to bargain, they were simply inviting us to file an unfair labor practice with the NLRB—a move which could have dragged out the process for at least another year. Though the law was on our side, time was on the administration’s. It couldn’t necessarily prevent a union contract from being signed, but—by continuing to delay—it could guarantee that no current graduate workers could benefit.

Rather than play into the administration’s hand, we held a vote to authorize our first strike in April of 2018. Out of 1,968 ballots cast by teaching and research assistants, 93 percent of voters voted “Yes.” Over 1,500 workers signed in for our picket line, which at times stretched the length of College Walk from Broadway to Amsterdam. The administration knew we were serious.

What ultimately got us to the bargaining table was the threat of a second strike the following semester, this one scheduled to run through finals. Bargaining finally began in February 2019, more than two years after our initial vote to unionize. Another two years have passed since then. I am now finishing my fifth year as a graduate student. I have grown a beard and presented research at a conference. I adopted a cat and published my work in a journal. I still do not have a contract.

In interim Provost Ira Katznelson’s email sent last week, he characterizes an administration that is eager to negotiate a fair contract with the University’s graduate workers, if only it had a little more time. That is not an accurate portrayal of the administration that I have observed over these last four years. I have seen one that is willing to use every legal maneuver at its disposal to stall negotiations while some provost waxes philosophically about the greatness of our University and the sacredness of advisor-advisee relationships. It’s getting old.

I am planning to participate in this strike because, as a scientist, I am bound to draw my conclusions from what I observe. The administration has demonstrated time and again that it is agnostic about its legal mandate to engage in good faith bargaining. The credible threat of an organized strike is the only thing that has moved it in the past; it will be a necessary tool for securing a fair contract.

I am nearly done with my Ph.D., and therefore will benefit very little from whatever contract is signed in the coming weeks. Should some of my undergraduate students stay at the University to do graduate work, they may benefit from the improved conditions that we are fighting for. I will be thinking about that on the picket line this week.

Noah Rauschkolb, SEAS ’15, SEAS ’17, SEAS ’19, is a fifth-year Ph.D. student in the department of mechanical engineering researching building decarbonization. He has taught over 180 Columbia undergraduates and receives an annual compensation of $41,520.