After long battle, eminent domain to be scrutinized in highest state court

After long battle, eminent domain to be scrutinized in highest state court 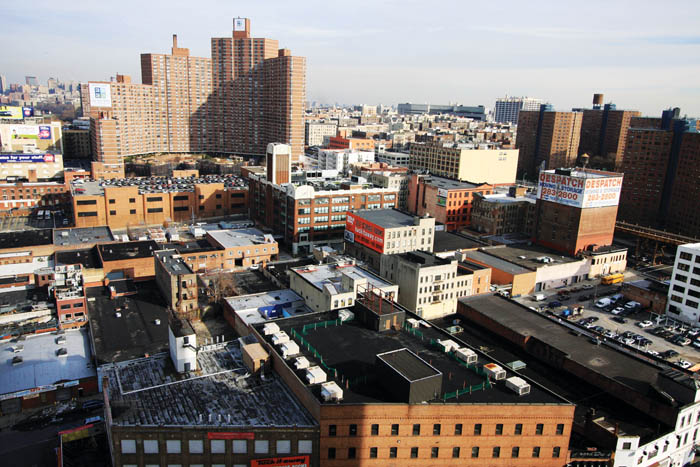 This Tuesday, June 1, the highest court in the state will hear arguments on whether the state should be able to seize private properties in Manhattanville on Columbia's behalf. The case has been winding its way through the court system for over a year, and when the New York State Court of Appeals rules, it will likely be the final word.

The case originated as two lawsuits, which were filed separately in January 2009 by Tuck-It-Away Self-Storage owner Nick Sprayregen and gas station owners Gurnam Singh and Parminder Kaur, who are the only remaining business owners in the 17-acre campus expansion zone who have not made land deals with the University. In response to these property holdouts, Columbia has asked the Empire State Development Corporation, a state agency, to invoke eminent domain on its behalf. Eminent domain allows the state to seize properties for a "public good."

If ESDC used eminent domain, the state would hand over the contested properties to the University in exchange for market-rate compensation for the landowners. The New York State Supreme Court, Appellate Division—the second-highest court in the state, just below the Court of Appeals—heard the cases in May 2009 and ruled on them jointly in December.

The Appellate Division's decision came as a shock to many who had expected eminent domain to be upheld. Instead, in a harshly worded 3-2 opinion, Justice James Catterson ruled eminent domain in Manhattanville illegal, writing that the expansion of a private, "elite" institution did not further the "public good," as Columbia maintains and as is required under eminent domain law. He also ruled that ESDC's decision to hire a consulting firm—Allee King Rosen and Fleming—to determine whether the neighborhood was "blighted," when AKRF was already a consultant for the University, constituted "collusion" between ESDC and Columbia. ESDC immediately appealed the ruling in January.

The stakes are high in the Court of Appeals, where many contentious land use debates will be reignited in the public spotlight. One of the most fundamental questions is whether the expansion of a private institution such as a university can constitute a public good. Columbia's General Project Plan says of the current state of the Manhattanville neighborhood, "The high percentage of lots with deteriorating, insanitary and/or underutilized property conditions indicates that the Project Site has been suffering from long-term poor maintenance and disinvestment." University officials maintain that the new campus will be an open design with tangible benefits for the surrounding neighborhood, including thousands of job opportunities and a revitalized streetscape.

But the process of negotiating these benefits, through a "community benefits agreement," has also been a source of controversy. A CBA is a legally binding document in which a developer promises certain perks to offset the impact of construction on the local neighborhood. The final agreement is the product of negotiations between the developer and an ad hoc group that is intended to represent the full spectrum of community interests, but a recent New York City Bar Association report argued that the CBA process is deeply flawed and does not reliably serve the interests of constituents.

Opponents of eminent domain in this case have also repeatedly argued that a private university expansion does not merit state seizure, and further that any blight in the area was largely caused by Columbia, which has gained ownership of most of the land over the last decade. Sprayregen said in an interview after the ESDC deemed Manhattanville blighted, "I'm angry that I have to wake up each day to fight to keep what is lawfully ours. I'm angry that I have to fight the attempt of Columbia taking what does not belong to them."

But Joe Ienuso, executive vice president of facilities for Columbia, said in a recent interview that these final properties are necessary in order for the University to build its campus. When asked why the remaining properties—which represent about 9 percent of the planned expansion area—are essential, he said, "Have you seen the map? If you see the map, you don't need to ask that question." He added, "Talking about anything on a percentage term is slightly misleading. If I said, I lost one finger, but I have 80 percent of my fingers on one hand, which one don't I need? I don't know—you pick, I'm not going to pick."

University President Lee Bollinger also has said that there is no plan B for Manhattanville if the verdict is not in Columbia's favor. Just after the December ruling against eminent domain was announced, Bollinger said that the expansion may not happen at all without the final properties.

From a legal standpoint, there is uncertainty surrounding the legal precedent on eminent domain, and outside experts and those involved in the case have debated how past rulings might play into the upcoming one.

Once the Court of Appeals rules, the only recourse for the losing party would be to appeal to the United States Supreme Court. No date has been set for the decision to be announced, but check back for more information, as well as live updates from the courtroom on Tuesday.

Read our timeline here for a summary of the history of this development.