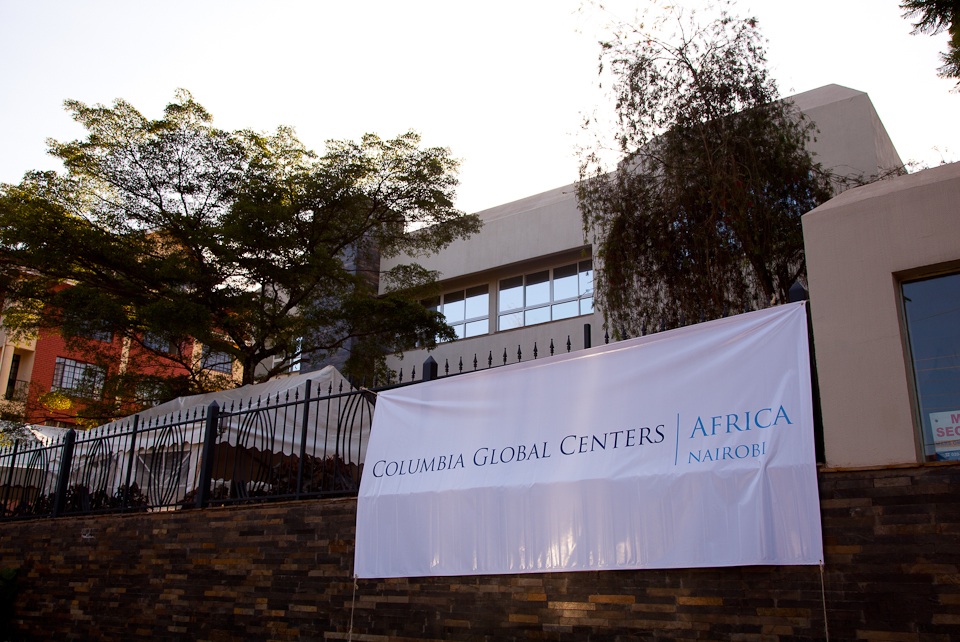 Columbia officially launched a global center in Nairobi, Kenya, with a Jan. 13 ceremony in the African nation.

Columbia launched its global center in Nairobi, Kenya, last month, but some students and staff still have questions about discrimination in the region and about the center's continental research scope.

"Thus far we're the only American university that has that kind of privileged status," Vice President for Global Centers Ken Prewitt said. "It has the characteristic that, because of the way eastern Africa is organized, it actually gives us the [same] status in Uganda, Tanzania, Rwanda, and Burundi."

But the center's opening has raised questions about how the University will respond to discrimination and safety issues at its global centers—particularly in Kenya, which will serve as a base for University research throughout Africa. Prewitt expressed concern about the treatment of gay and lesbian students in Nairobi.

"There are places where we have to warn students that it won't necessarily be easy," Prewitt said. "Uganda is very, very homophobic right now, aggressively and unpleasantly so. We don't know if we can completely protect you if you went to northern Kenya."

Eric Kutscher, CC '12, studied public health in Kenya last year. He spoke to Kenyans about HIV contraction and voluntary male circumcision, and he noticed strong homophobia in the region.

"Nairobi is very homophobic," Kutscher said. "In Tanzania, it's illegal and they prosecute people. In Kenya, it's illegal, but I don't think they actually brought people into court for it. I think that people would judge you, and I think that you might get an awkward reaction, but you wouldn't get arrested."

Prewitt said that if a country refused to issue a student a visa based on his or her sexual orientation or religious beliefs, the University would end that program for all students.

Administrators will be cautious about cultural norms and political instability in other countries, Prewitt added, especially as Columbia begins to encourage research throughout Africa. While the global center is located in eastern Africa, administrators want it to become a continental research hub.

"[The global center] will work to increase the continent's role in the strategic direction of key global issues," Nairobi center director Belay Begashaw said in an email from Nairobi.

Kutscher, though, expressed doubts about how well Nairobi reflects Africa as a whole.

"If you want an American cheeseburger, you can go to an American place to get it," Kutscher said. "I don't think anyone would say that [Nairobi] represents African culture."

He added, however, that "if you're looking for something that's developing, then Nairobi, that's the main city—in East Africa, at least—that's really developing."

Lakota Pochedley, CC '13—who is currently studying in Senegal, a West African country—said she would not choose to study in Nairobi, as the region's cultural landscape is too far removed from West Africa's.

"You definitely would have very different experiences in Nairobi versus Dakar," Pochedley said in an email, referring to the capital of Senegal. "Also, you have different ethnic groups in the two countries with different kinds of languages and such, so again your research and experience would be different."

"If somebody came along right now and said we really like this idea of creating a center in Johannesburg or Dakar, then we would certainly pay attention to that," he said.

Begashaw added that the global centers office may expand its operations in Africa.

"This is not something to be ruled out in the future," Begashaw said. "Right now however, Columbia will be focusing on building a reputable system by strengthening and consolidating the efforts of the existing Nairobi-based Center."