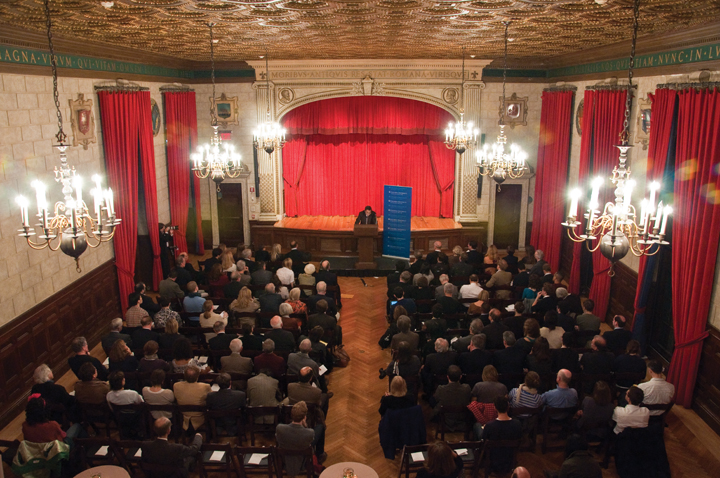 The Italic Institute of America filed suit against Columbia in New York State Supreme Court on Wednesday, in collaboration with the descendants of three families that originally donated $400,000 toward the construction of the Casa Italiana. The families believe that the Italian Academy has failed to follow through with the donors' original vision.

The Casa Italiana was built in 1927 "for use by the University as the centre and seat of its work in the field of Italian language, literature, history and art," according to the Donative Parchment, an agreement between Columbia and the donors. The $400,000 donation was one of several gifts that endowed the Casa Italiana.

But in 1990, the Casa Italiana became the Italian Academy when the Italian government signed a charter with Columbia, agreeing to buy the building and lease it back to the University while providing $17.5 million for programs and renovations.

The Italic Institute said in its court filing that Columbia entered this new arrangement "without seeking input or approval from the Donor Families," at which point "the primary mission statement of La Casa was changed—and it should not have been."

The Italian Academy has functioned primarily as a graduate-level research center, sponsoring fellowship programs and hosting university events. But the academy is lacking in undergraduate participation, and most undergraduates can't even get into the building, except during events.

The Italic Institute argued in its complaint that the academy should return to the original goals of the Casa Italiana by making several changes, including starting an undergraduate Italian studies program, giving space to the Italian language department, and allowing students to meet and study in the building.

A Columbia spokesperson could not be reached for comment early Thursday morning, but the academy's director, David Freedberg, told Spectator in a December interview that "we are a research institute, not a cultural house."

"There are no classes in the building. People are doing research here, and there's no reason for people to come in but when there's an event," Freedberg said.

"Someday it would be nice if our library could be open to all of Columbia, but that right now the charter asks us to look after the fellows doing advanced studies," Italian Academy communications director Abigail Asher told Spectator in December.

In the December interview, Freedberg also referred to the charter established with the Italian government as an important document that guides the academy's decision-making.

"We have certainly followed all the aims of the charter, the principle of which is to encourage advanced studies into all aspects of Italian culture and science," he said.