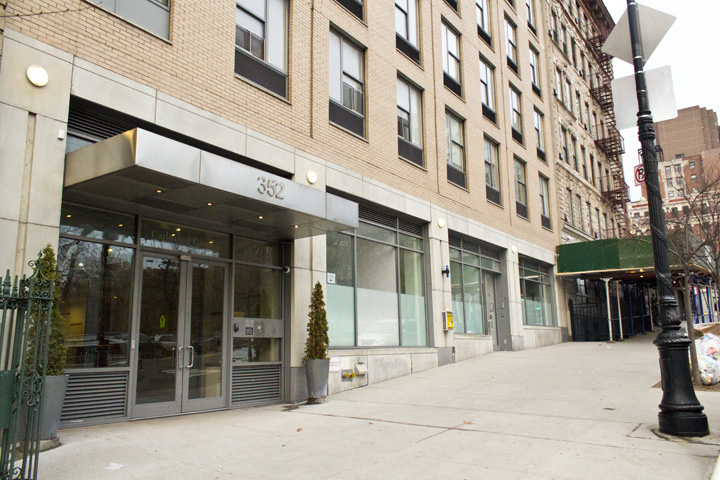 The building, on 110th Street and Manhattan Avenue, has poor quality cabinets, flooring, paint, and caulking, as well as leaks, residents say.

After eight years, non-Barnard residents of Cathedral Gardens, which doubles as a dorm and as low-income housing, are still dealing with what they say is shoddy construction in the building—and disagreements between Barnard and the non-Barnard residents have kept repairs from moving forward.

Barnard and the residents are suing the building's developer, Artimus Construction, over ongoing leaks and construction issues. But the lawsuit is moving slowly, and the parties are working toward a settlement.

There isn't much overlap between the two populations—the building, on 110th Street and Manhattan Avenue, has separate entrances for the Barnard dorm rooms and the apartments. Decisions about maintenance must be agreed to by a board of non-Barnard residents, the Barnard administration, and a joint board with representatives from both groups.

Anderson said that all apartments were constructed at a lower quality more suitable to dorm rooms, with poor cabinets, flooring, paint, caulking, and leaks—including one apartment that has experienced leaks every time it has rained over the past six years.

"There's no follow-through on quality control, on what happens to buildings after they're built," Anderson said. "I knew I wasn't getting a luxury building, but I thought the developer was still equipped to create a building that can keep out the elements."

"It makes you want to slap the developer for hiring people that obviously had no training or skills," she said.

Artimus did not respond to repeated requests for comment.

On the other side of the building, a few Barnard residents have reported leaks, but no other major issues.

Although the lawsuit was filed a few years ago, it is still in its nascent stages—and the parties are hoping not to have to go to court, Anderson said. Despite extended negotiations, Artimus has not yet made a settlement offer covering a large enough portion of the damages, she said.

But Anderson said that the city Department of Housing Preservation and Development has agreed to help facilitate a settlement. The building was developed under the Cornerstone Program, an affordable housing initiative run by HPD. An HPD spokesperson declined to comment.

Meanwhile, the building has also been plagued by infighting between the non-Barnard board and the Barnard administration, and the process to begin repairs is "idling in neutral," Anderson said. For instance, the joint board must enact certain repairs to comply with facade regulations, but it hasn't been happening.

The joint board is structured to give Barnard three votes to the non-Barnard board's two votes, which Anderson said gives the college a "perpetual majority."

"What we've been trying to ask for from our Barnard members of the joint board is, Can you please tell us when Barnard will move forward with us to complete the other phases?'" Anderson said. "We are extremely concerned about protecting this asset."

Anderson added that Barnard has not yet met to "commit to a time frame for the whole project." While both Barnard and the non-Barnard board had initially agreed to do the remediation in one large phase, Barnard later decided it wanted to do the project in installments, and still has not committed to a final timeline, Anderson said.

"They just don't care as much as we do," Anderson said of the Barnard administration.

But Barnard Vice President for Campus Services Gail Beltrone disputed Anderson's account, instead saying the non-Barnard board had stalled several months ago when the joint board had decided to move forward with repairs on the most damaged non-Barnard units.

"The college board took the lead on soliciting bids and contractors," Beltrone said in a statement. "However, not long after, the non-College board received advice to postpone these repairs, in an attempt to pursue alternative avenues for their portion of the repair costs."

However, Beltrone added that the boards "are now in a position to move forward with these repairs and we look forward to beginning this effort," as well as continuing litigation against Artimus.

Anderson said that Cathedral Gardens' situation was indicative of the issues that arise when large institutions like Barnard get involved in city-run affordable housing.

"Is this such a great idea to allow big institutions to, you know, participate in these HPD programs and end up being majority owners?" Anderson said.