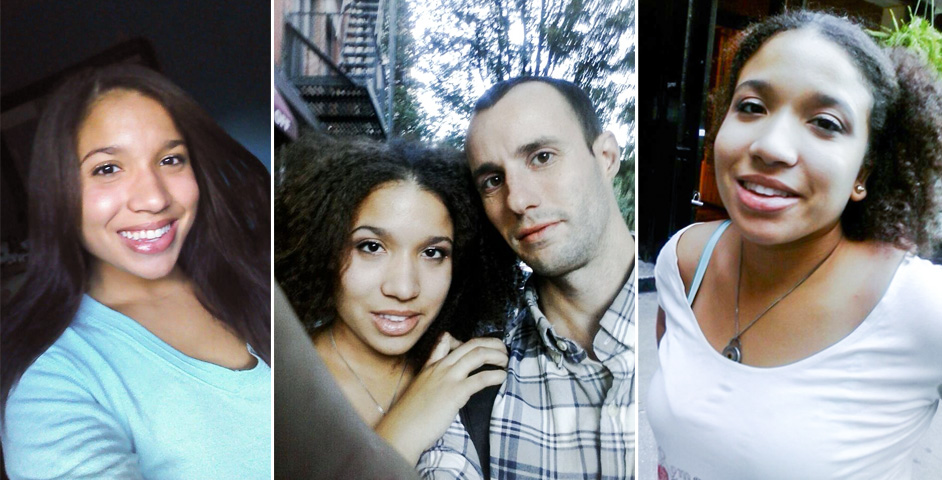 Jessica Fingers, seen here with her boyfriend Peter Russell, committed herself to cross country and her academics, played the flute, and loved to bake, friends said.

Friends recalled Jessica Fingers as an energetic, optimistic person who was always around to make others feel better. Fingers, a Columbia College student who had been on leave for the past year, wasfound dead in East Campus on Sunday. She committed herself to cross country and her academics, played the flute, and loved to bake, friends said. The city medical examiner has yet to determine a cause of death, but a police spokesperson said that it did not appear to be suspicious. The New York Daily Newsreported Sunday that police believe the Fingers may have died from a drug overdose. Fingers, 21, was a member of the class of 2013 before going on leave in spring 2012. A sociology major, she was a heavily recruited distance runner on Columbia's track-and-field team and had been a track star at Monticello High School in Monticello, N.Y. The River Reporter, a newspaper in upstate New York, reported in November 2008 that she had received a full scholarship to Columbia and was planning to pursue a career in marketing or law. "She was infectious. You couldn't help but laugh with her. She was never embarrassed to be herself, and brought levity to every situation," Ana Loor, a high school friend and cross country teammate of Fingers, said in an email. "She cared so much for our whole team and everyone individually. She was the kind of person you thought might actually live forever." Other friends agreed, saying that they would always remember Fingers' trademark smile. "She was one of those people who—when you say this it usually sounds cliche—but her smile really did light up the room. She had an almost child-like sense of wonder," Aaron Johnson, CC '14, said. "It always felt really good to be around her. She could brighten your day." During the spring 2012 semester, Fingers suffered a stroke due to a "really bad reaction to some medication," Johnson said. DNAInfo.com reported Monday that Fingers was a plaintiff in a class action lawsuit against Merck & Co., the company that manufactures the birth control NuvaRing. In the lawsuit, lawyers claimed the product caused Fingers to suffer blood clots in her brain. Last May, Fingers posted about her medical progress on her Facebook, saying, "my brain blood clots dissolved!!! no more blood tests & coumadin. woot woot!!!" A few weeks later, she posted that she was off blood thinners and done with MRIs. However, Johnson said Fingers took a medical leave at the end of the semester to heal after her stroke. "When I saw her around, she would always say she was feeling better, and then after she left, she said she was excited to come back, she was working hard to come back," Johnson said. "She was passionate about her future in a way that you don't find in many people." Even while dealing with her own medical issues, friends said Fingers was always there to help support them. "She was an amazing person. The last time we talked was less than two weeks ago, and she was trying to make me feel better about something. She became an even better person in the past year," Antonio Pineda, SEAS '13, said. Fingers continued to be upbeat and lighthearted after her stroke, Nicole Rozario, a close friend who often ran against Fingers during high school cross country competitions, said. "She taught me how to always make the best of any situation. Especially after she had the stroke last year—she showed me that you can get through anything," Rozario said. Loor, the friend from Fingers' high school cross country team, said Fingers helped her throughout high school and served as a role model for the entire team. "She held us together. We all looked up to her. She's always been the perfect example of what hard work and being a good person gets you," she said. "Just knowing her was an absolute blessing. Getting to run with her for two years was an amazing experience I can't believe I was actually able to have." Avantika Kumar contributed reporting.abby.abrams@columbiaspectator.com | @abby_abrams