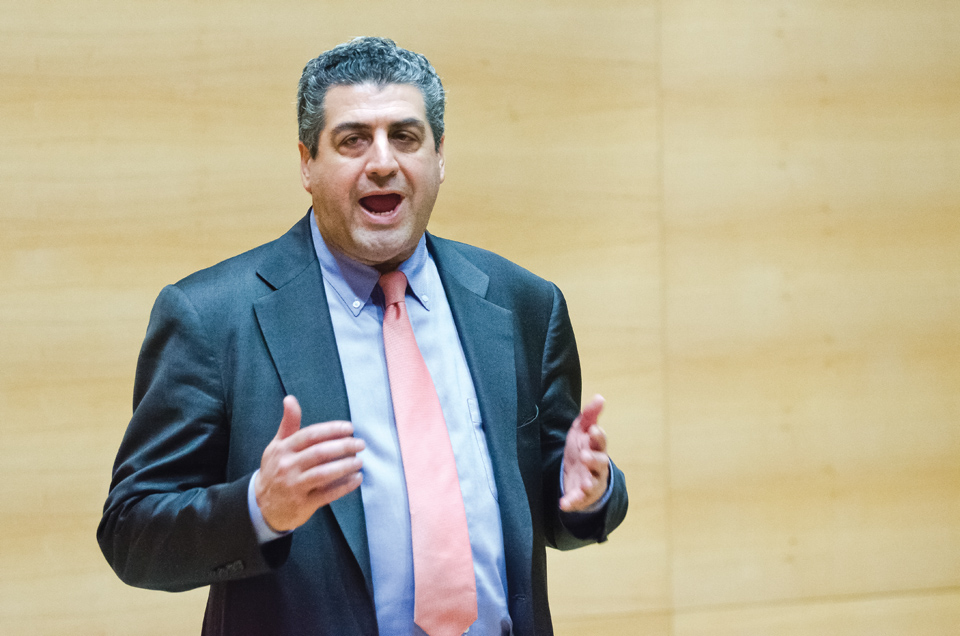 Public housing advocates are criticizing City Council candidate Marc Landis for his professional ties to real estate developer Tahl Propp Equities, a company that critics say works against the cause of increasing and improving low-income housing.

Tahl Propp is a client of Phillips Nizer LLP, where Landis, a Democratic leader of District 6, is a partner. He declined to comment on his connection to Tahl Propp specifically, saying, "As an attorney, it would be inappropriate for me to comment on any clients of my law firm."

Politicker first reported Landis' connection to the developer on Monday.

In a 2008 report, many residents of Tahl Propp-owned buildings expressed anger about changes made by the developer, alleging that the developers excluded minorities from the buildings by pricing them out.

In the report, Fatima Faloye, a longtime resident of 1845 Adam Clayton Powell Blvd., said, "The new tenants are 99 percent white. This is a perpetuation of the historic alienation of black people in Harlem."

Linda Alexander, a spokesperson for Tahl Propp and also a member of Community Board 7, which Landis previously co-chaired, insisted that Tahl Propp Equities has had a positive impact on the community.

"These are people who are really committed to the neighborhood. They are big landlords," Alexander said. "They have made hundreds of millions of dollars' worth of improvements."

But tenants have argued otherwise.

"The complaints from the tenants were that there was fairly large-scale harassment and deferred maintenance," Kerri White, co-director of organizing and policy of the Urban Homesteading Assistance Board, said. They have "attempted to convert several of the buildings into market-rate condos, which has obviously had an effect on affordability of the buildings," she said.

White said that Tahl Propp purchased the buildings at 1890 Adam Clayton Powell Blvd. and 411 Manhattan Ave. and converted them into market-rate apartments. Streeteasy.com currently lists a 411 Manhattan Ave. studio apartment as under contract for $169,000.

Elsia Vasquez, founder and director of tenant advocacy group PA'LANTE Harlem, said that she fought for a tenant who had problems with Joseph Tahl, one of the co-owners of Tahl Propp.

"He is a bully, and he likes to take people to court," Vasquez said of Tahl.

She said that the tenant she worked for had a problem with a rat infestation in one of the buildings that Tahl Propp owned.

"We beat him hands down in court," Vasquez said.

In response to the criticism over his ties to the company, Landis cited his efforts in a separate 2007 case in which the Salvation Army attempted to empty and sell 600 units of low-income housing in Manhattan.

"It was really just a horror," Landis said. "I represented those tenants as a pro bono council."

Landis' competitors in the City Council race said that his connection to Tahl Propp was hypocritical.

"This is a so-called reformer who got caught with his hand in the cookie jar," Noah Gotbaum, an education advocate, said. "You can't have it both ways—either you represent our community or you represent big real estate."