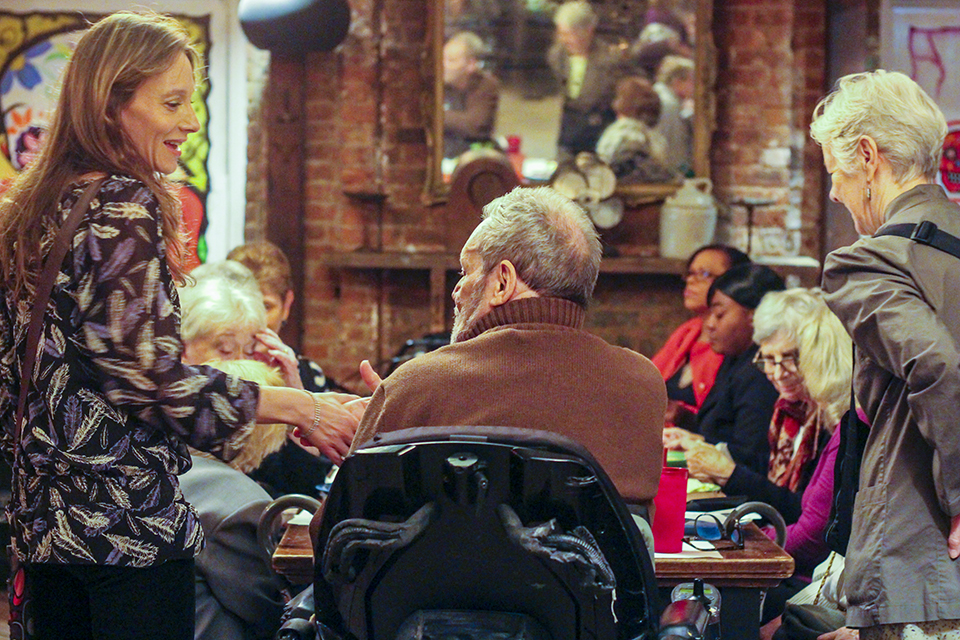 Mexican restaurant Amigos, often a lively late-night hangout for students, was catering to the over-60 crowd on Tuesday during lunchtime for a day of celebration.

Senior citizens in Morningside Heights took part in the second annual Love An Elder Day on Tuesday, as part of a state- and citywide holiday.

Love An Elder Day falls on Oct. 1 to coincide with the United Nations' International Day of Older Persons, which also seeks to draw attention to senior issues on a national and international scale.

At the holiday luncheon at Amigos restaurant, located on Broadway between 112th and 113th streets, local elders said the event was sparking a change in the neighborhood's perception of seniors.

"This here is a change," resident Frank Gonzalez said. "What we are doing now and what we are experiencing today, this is an unusual thing we have never done before."

The holiday is the brainchild of the nonprofit organization Lifeforce in Later Years, which was founded in 2009 and also runs a volunteer project that provides services to elderly citizens in Morningside Heights. Irene Zola, the founder of LiLY, said she hoped the holiday would draw attention to the need for respect toward elders.

"Reading and writing and walking and shoes and having shoes and playing piano and anything we have, we have from them," Zola said. "We have a debt there, I believe. A personal debt within a family, but also as a generation, we have a debt."

Zola founded the organization after the death of her mother, and only received city and state recognition for Love An Elder Day as an official holiday last year. Although the event is only in its second year, it is already looking to spread throughout and beyond the city, plastering ads on buses throughout Morningside Heights and buying public service announcements on Hulu and Fox.

The media campaign ties into a larger effort to bring senior issues to the attention of the media. Zola said that in addition to often being left alone at home, seniors are "absent from the culture, absent from the media."

Mary Thurdson, a former Columbia employee who has lived in New York for most of her life, said the event was a step in the right direction toward bridging the gap between the younger and older populations of the neighborhood, and pointed to the difference between urban communities and tighter-knit suburbs as an example.

"We used to live in small towns and people used to care for us the way people in China care for the elderly," Thursdon said. "But that's gone now. This is a nice substitute."

Other elders had similar thoughts about the need to bridge the age gap. Local resident Sandy Jamrong said it was "probably really hard" for young people to become involved with seniors while balancing work or academic commitments, but credited the holiday with making good progress.