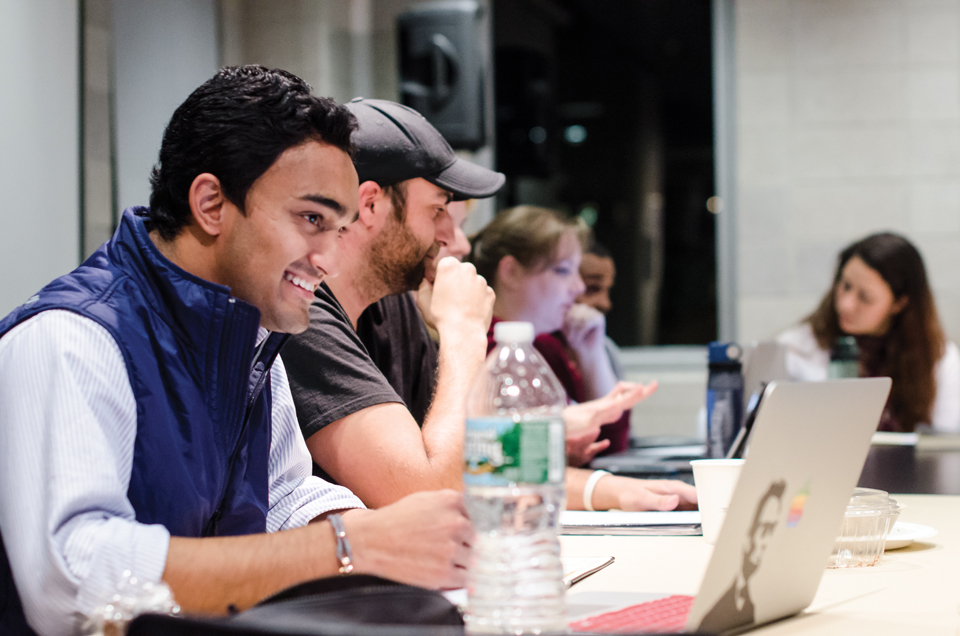 He replaced Austin Taylor, GS, who resigned a few weeks ago due to a personal matter.

This is Desa's first semester on GSSC, and he said that he has been eager to get involved more. He applied for the finance representative position before he even arrived on campus for orientation.

Desa, who is planning to pursue a major in economics and history, said that his role on GSSC allows him to be better connected to the campus, which he can now call his own.

"I wanted to be involved in GS and in Columbia in general, and this opportunity took it to a whole other level. I've met more students in the past week that I've been in this position than I had in the first half of the time I've been here. It's really just expanded my network, which is great," he said.

It's also not the only student government turnover this week—on Wednesday afternoon, Barnard's Student Governing Association also announced that Renée Kraiem, BC '14 and SGA vice president for communications, would resign from her position, effective at the end of the week.

Kraiem said that her academic commitments and her role as co-producer of XMAS! were the main factors in her decision to leave SGA. SGA is now accepting applications for the position and will vote on candidates during fall break.

As chief finance representative, Desa said that his main responsibility was to support Taylor.

"Before, I was kind of like a second set of hands. Now, it's a lot more hands-on. I can shape policy and ideas, rather than just implement them."

GSSC president Hannah Germond, GS '16, said that Desa was the best of the four candidates for the job. "We wanted someone who could hit the ground running. We're thrilled. We're very excited about our finance team this year."

"Daniel's doing an amazing job. He really stepped up as the interim VP. He's completely passionate about being here and that has only grown as he's transitioned into this new position," she said.

Taylor said in an email that he's worked with Desa in the past and approved the council's decision.

As for Desa, he said that while his workload for the council has increased significantly, he's enjoying his new position.

"It was unexpected, but I'm embracing this challenge. It's crazy busy, but it's crazy fun."