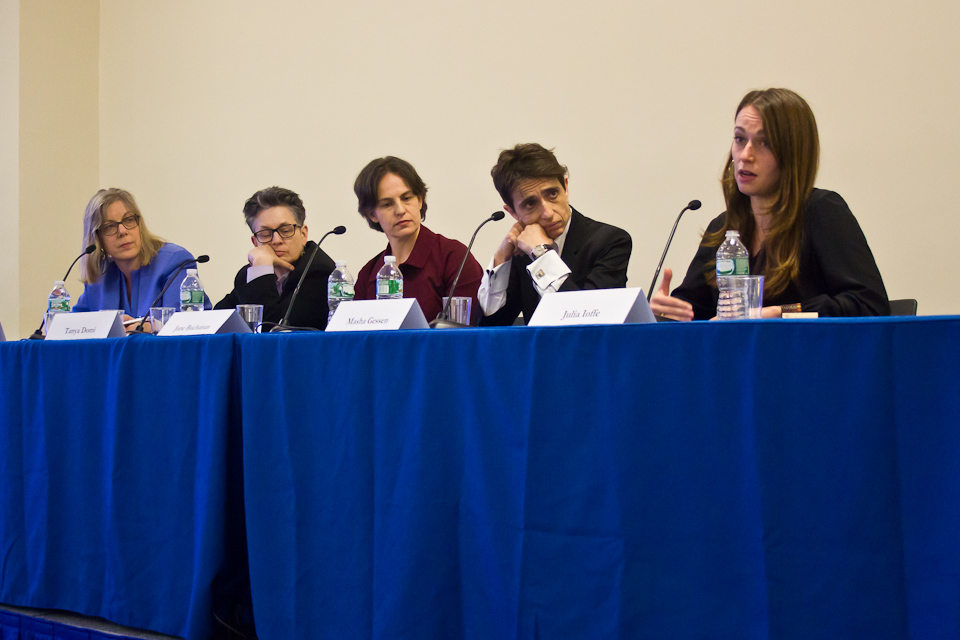 In Russian, she said, "Homosexuals are referred to in this weird, clinical way as 'heterosexual-ists.' ... It is already linguistically, psychologically embedded that these people are a deviation from the norm."

Ioffe was one of the panelists at an event organized by Columbia's Harriman Institute who discussed the 2014 Winter Olympics, which will take place in Sochi, Russia, in light of Russia's treatment of the LGBT community.

Tanya Domi, a professor at Harriman, began the discussion by providing a broader context for recent developments, which include a new law that bans "propaganda of nontraditional sexual relations" in Russia.

"The LGBTQ crackdown did not just suddenly occur," she said. Instead, she pointed to an "overall crackdown on civil society and expression" that has escalated since Vladimir Putin's election as president in 2000. She talked about attacks on journalists and media houses, limits on public assembly, state censorship of critical websites, arrests of members of the band Pussy Riot, and prohibition of aid from America and UNICEF.

Masha Gessen, a Russian journalist and author, described a bill that, while currently tabled, could remove children from LGBT parents. She credited the withdrawal of the bill to international attention, which has increased with preparations for the Sochi Olympics, but noted that the bill would likely pass after the Olympics end.

Jane Buchanan, a researcher and advocate from Human Rights Watch, said that her organization aims to pressure Russian officials to change policies that affect the LGBT population.

"We feel that it is important to engage people who can potentially influence the situation," she said. "The chief aim remains for us to encourage the Russian government to repeal the law."

Responding to the idea that human rights groups are responsible for politicizing international events like the Olympics, she said, "It's really the countries themselves that have politicized events from seeking out these events in these situations."

Students who attended the discussion were left with more questions.

Aisling Hunt, BC '14, said that she "expected more concrete steps of the ways in which the Sochi Olympics could be used to expose LGBT abuses and to help people living in Russia."

In response to Buchanan's remarks about Russia's politicization of international events, she said that "the Olympics that I've experienced have always been politicized."

Kate Seidel, CC '17, responded to several panelists' comments about the difficulty of exerting pressure on Russia without heightening anti-Western sentiment.

"What do you do if the actions you do are right but only provoke backlash?" she asked.

"It was important for the subject matter, the November before the Olympics, to see what questions people are asking," she said.

She said that she hoped that archiving the event would be "useful to journalists, to be able to mark the current of concern."