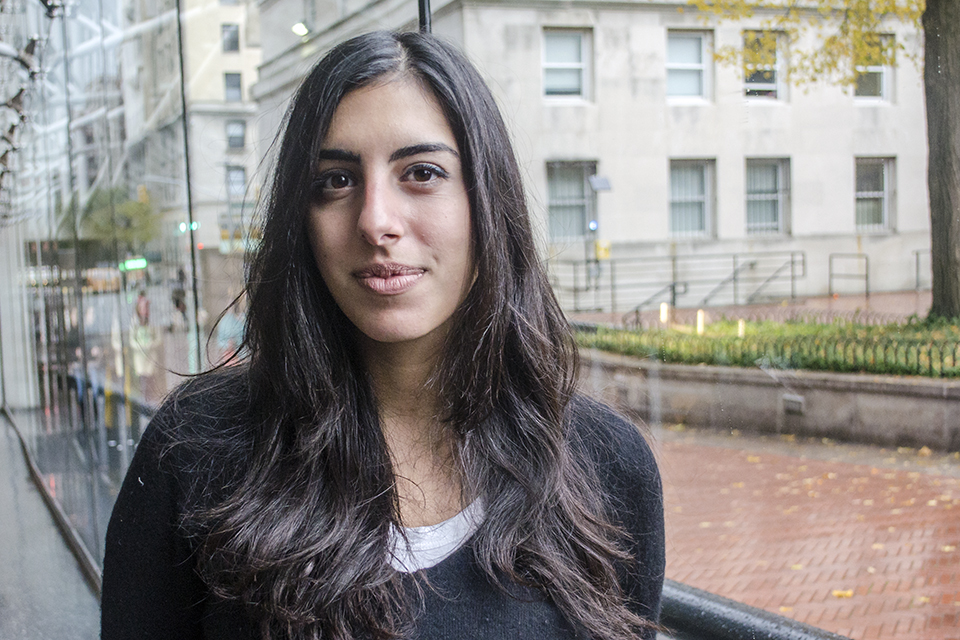 A student at the School of International and Public Affairs is launching a website and mobile application that she hopes will put a new spin on citizen journalism.

Christina Hawatmeh, SIPA '14, has been working for the past year on Protestify, an interactive app that combines videos and photos pulled from global protests. The website should launch by the end of the year, while the app should be ready next semester.

"People are protesting worldwide with different demands and the news isn't able to capture exactly what's happening," Hawatmeh said. "Protestify is to fill that void by aggregating all of these photo and video clips by people and connecting them together."

The website and app will feature a map that spotlights cities where protests are happening. Users will also be able to look up protests by location, cause, and other categories. The goal, Hawatmeh said, is to merge the divide between the portrayal of protests in traditional media and protesters' demands.

"Protestify won't just show Cairo or Tahrir Square, which are the visuals that we've been getting from the news," Hawatmeh said. "You can see if there are other villages protesting, or if there are international protests happening for this event. That way you can get more of a scale of what's happening and a more unbiased version."

The app will draw videos and photographs from Facebook, YouTube, Vine, Instagram, and Google+. Any user will be able to upload videos or photos to Protestify and attach them to the global map.

The idea first came to Hawatmeh in 2010 when she was studying the relationship between social media and political change in the Middle East as an undergraduate at George Washington University.

"My background is in the Middle East, and I always felt this gap. I had studied that people going online and people voicing their concerns were real people," she said. "I really believe that technology is part of us and it is an agency for these concerns."

Hawatmeh's interest in finding a medium to combine her studies in the Middle East and the use of social media deepened when she came to Columbia. The application itself was inspired by a course on politics, democracy, and development she took with Timothy Mitchell, a professor of Middle Eastern, South Asian, and African studies.

"I started last year working on the app just focusing on Egypt and categorizing people's demands to the government, and I realized how difficult it was when we were trying to deal with the government," Hawatmeh said. "This summer, I went to Istanbul when the protests started happening and continued to frame this idea."

She said she saw connections between different protests across the world and "how much people were craving information and couldn't get it from anywhere."

This semester, she is taking a course at the Business School on new ventures that has helped her develop a marketing model.

"As a class, we are all greatly interested in Christina's vision for Protestify," professor Jack McGourty, who teaches the course with professor William O'Farrell, said. "Christina understands the power of technology and Protestify's potential to influence events as well as report on them. It is to her great credit that she is considering various scenarios to ensure that the rules of conduct and usage of the site provide a transparent and unbiased perspective of global protests."

Manoj Pooleery, the Director of Technology, Business Development & Entrepreneurship at Columbia's Center for Computational Learning Systems, is helping Hawatmeh through the technical aspects of the app.

Poleery said the app works by "integrating different social media platforms and filtering out the relevant information. I think she is trying to address a very interesting problem." Once she implements a basic version of it, "the data that is going to be collected is going to be of tremendous importance," he said.

Hawatmeh hopes that her project will provide an unbiased look at protests and help connect real people.

"Let's say I'm in a village in Egypt and I'm in the streets and I feel like nobody can hear me," she said. "Instead of carrying something out that the government can see, I can upload a photo of what I'm seeing and then get a response and see that a hundred other villagers are protesting with me."

Correction: An earlier version of this story misstated Pooleery's title and gender. Spectator regrets the errors.