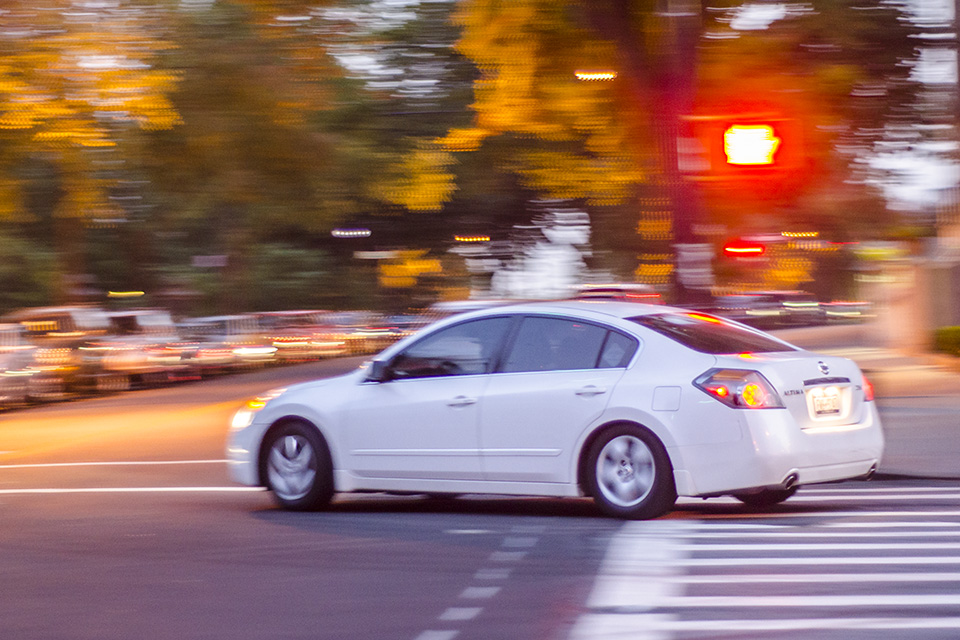 A car speeds along Morningside Avenue where the DOT proposes traffic-calming measures.

The board approved the plan by a vote of 23 to one. If Community Board 10 approves the plan, the Department of Transportation will reduce Morningside Avenue between 116th and 126th Streets to a three-lane thoroughfare, and pedestrian islands and traffic signals will be installed.

"I am pleased that things have worked out so that the people who go to the schools, the seniors, and the kids in the parks can now access those services safely," Ted Kovaleff, secretary for Community Board 9, said.

Although the plan passed with overwhelming support, it has been the subject of public scrutiny over the last few months, with neighboring Community Board 10 yet to vote on the matter. During previous meetings, some board members voiced concerns about the reduction in parking spaces.

Committee members at the meeting said they were pleased to put the matter behind them, with some arguing that the measure should have been passed long ago.

"I think it's brilliant that it happened, but sort of obvious that stretch of road needed calming," said newly elected board member Barry Weinberg, CC '12, who was attending his first meeting.

City Council member-elect Mark Levine has also voiced his support for the plan, telling Streetsblog New York last October that there "was not much objection to the substance of the proposal," and that the local residents he spoke to all expressed support for the plan.

During the October meeting, residents voiced their support for adding bike lanes to the new plan, although it appears the parking lanes on either side of the avenue will serve that purpose instead.