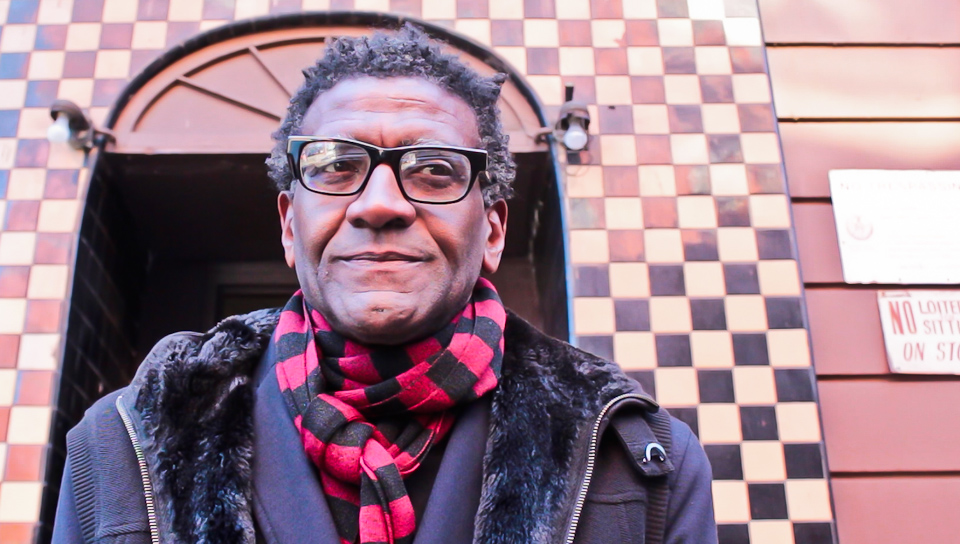 HDFC resident Gregory Baggett said that affordability in housing is relative and fictional.

This article is the third in a three-part series looking at the challanges facing Housing Development Fund Corporation (HDFC) buildings in the city. Part one looked at a recent rise in foreclosures among HDFCs. Part two focused on management problems in some HDFC buildings.

When Yolanda Payne moved to 1878 Adam Clayton Powell 25 years ago, the building looked very different than it does now.

"It was overrun by drugs and heroin ... the building was pretty much run-down," said Payne. "But we endured it."

Now, she said, the schools in the area have improved, and residents have access to more resources in general.

At the same time, maintenance fees have increased by 30 percent since 2011, and unit prices are now out of reach for many longer-term residents. On Sunday, another 25-year resident held an open house for a unit with an asking price of $600,000.

While the surrounding community is gentrifying, this building's story is different. In 1997, Payne and other residents applied to transform the building into a low-income cooperative, known as a Housing Development Fund Corporation. The building was renamed Fields Court after then-Manhattan Borough President Virginia Fields, who helped the residents through the application process.

Without the pressure of eviction from a landowner, Payne, who is president of her HDFC board, said she hopes to keep her unit until she passes it on to her family. Thanks to tax abatements—temporary tax reductions—and participation in numerous government programs, which she estimates save around $30,000 a year, the shareholders have managed to pay the rising taxes and maintenance costs.

Some shareholders, with an eye on an upcoming expiration of tax abatements and a long-term vision of the end of their lease, have sold their units to moderate-income buyers.

Not all HDFCs are like this. Some are still experiencing problems with corporate governance. Others, around 30 percent of the 1,000 HDFCs, according to the city's Department of Housing Preservation and Development, are experiencing some form of "financial distress," meaning that they owe property taxes or utility payments.

These less successful buildings may be even more vulnerable in gentrifying areas like Northern Manhattan and Brooklyn, where demographic shifts in the community are changing the makeup and thus the operation of HDFCs.

"Apartments are being sold to people who aren't really low-income," said Ann Henderson, associate director for co-op development at the Urban Homesteading Assistance Board, an organization that provides advisory and training services to HDFCs. Compared to older residents, she said, "The population that's in the building, they don't have the same histories, they don't view the co-op in the same way."

Most HDFCs in the city don't have specific limitations on unit sale price. Instead, buildings have income caps for potential buyers, either based on annual maintenance fees or on federal Department of Housing and Urban Development Area Median Income guidelines. For New York City, the 2013 AMI is $63,000 for a single-person household.

In areas like Harlem, this means units are being sold at prices that aren't necessarily affordable for "low-income" residents.

"There are some pretty divine HDFC units that have traded for a million dollars," Rachel Jaffe of Housing Conservation Coordinators, an organization that works with HDFCs, said. "Whether or not that's actually illegal is the question."

City College of New York professor and HDFC unit owner Gregory Baggett said the HDFC program presented middle-income and low-income New Yorkers with an opportunity, but one that hinged on tax abatements that keep the share prices down.

"My concern is what these moderate and low-income New Yorkers going to do when these abatements run out," Baggett said. He said the underlying problem is that affordability is "relative" and "fictional."

One way HDFCs can raise money for repairs or capital projects is by renting or selling vacant units, which in neighborhoods like Harlem can fetch ever-rising prices. This, however, also translates to a change in the building's demographics and governing priorities.

"HDFCs created a place for people like myself who would not have been able to purchase their apartments," Jennifer Ashby, an HDFC resident, said. "I think right now it's sort of turning on itself. To maintain HDFCs, we have had to let other people in who for the most part don't fit the profile of who are supposed to be in the program."

Ashby said that the lack of regulation on earlier HDFC units means that some residents see the buildings as a get-rich-quick opportunity.

"The people for whom the program was set up ... have abused it by selling their units as soon as they were given the right to do so, instead of keeping it for their family or making it their home," Ashby added. "It became a business. People are using it for financial gain."

Baggett said that he would identify solutions that concern "education and economic development. There needs to be some [legal] structural reforms. [And] I have yet to see the development of a curricula that attempts to transform the consciousness of renters to owners."

Lydgia Pass, a resident in a Tenant Interim Lease building who wants to convert her building into an HDFC, sees things differently.

"Some of us are really trying, and some of us want to be owners of our homes," she said. "We really want to stay in Harlem."

However, Pass said a lack of enthusiasm on the part of other residents has hampered her efforts. HPD requires that a certain percentage of residents in a TIL building agree to convert before the process can begin.

The program "is working exactly the way it's supposed to have worked, because the initial plan was to assist the city during the financial crisis," Baggett said.

William Eimicke, a professor of Professional Practice at the School of International and Public Affairs and a former HPD deputy commissioner, disagrees, saying that the foremost objective of HDFCs was "totally to increase the supply of affordable housing."

For Ashby, keeping an affordable home for her family is precisely her goal for holding onto her unit.

"Ideally it would work if people would use it to maintain their family and in my case, pass it on to the next generation," she said. "For me it was a gift that I worked for."

This article is the third in a three-part series looking at the challanges facing Housing Development Fund Corporation (HDFC) buildings in the city. Part one looked at a recent rise in foreclosures among HDFCs. Part two focused on management problems in some HDFC buildings.

Correction: An earlier version of this article incorrectly stated the name of a city agency. It is the Department of Housing Preservation and Development, not the Housing and Preservation Department. The Spectator regrets the error.