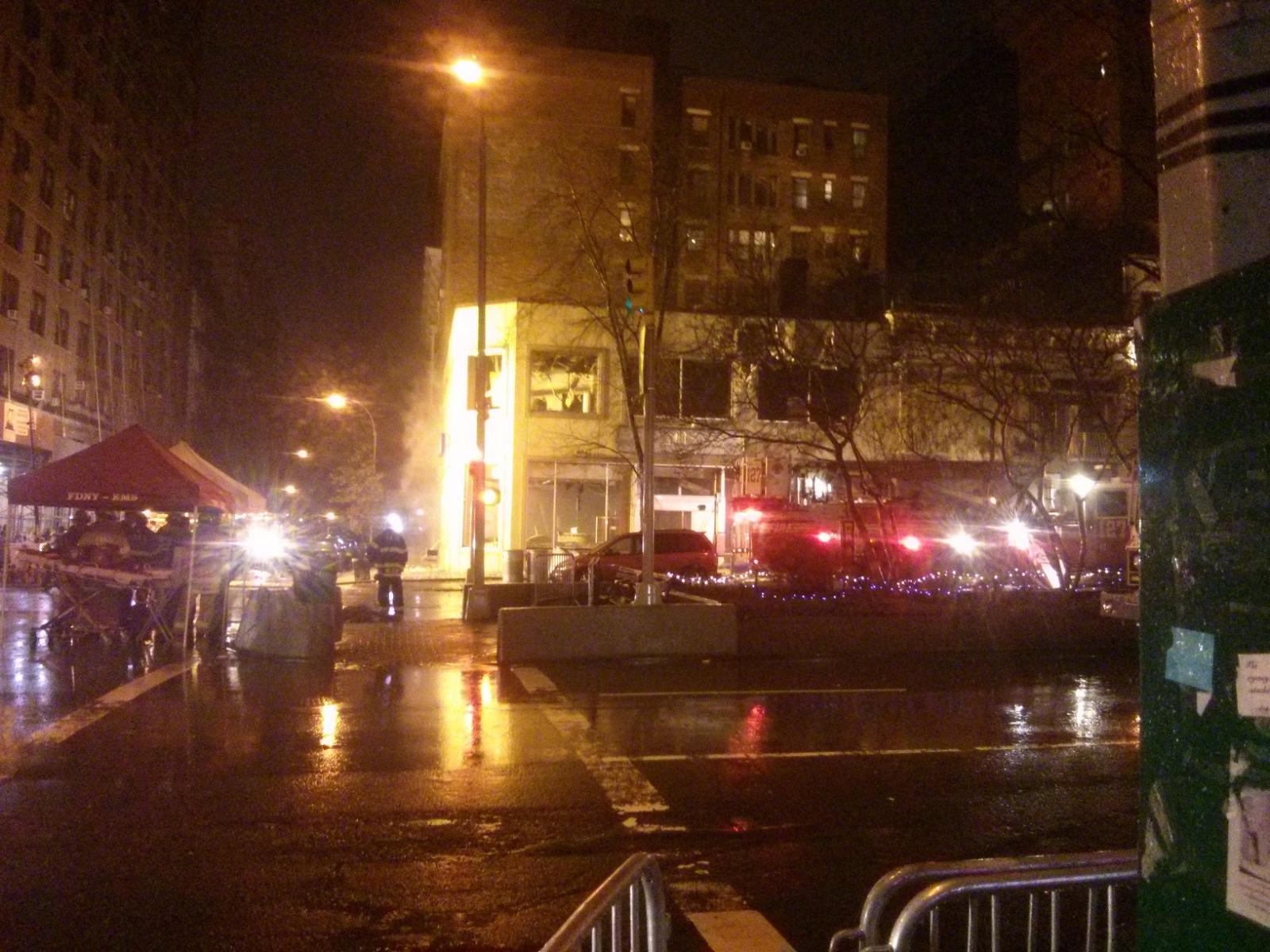 Firefighters continue to gather around the Citibank on 111th Street and Broadway after a fire raged through the building Saturday morning.

As of Saturday evening, firefighters still surround the building and access is blocked to the west side of Broadway between 111th and 112th streets.

A Fire Department of New York spokesperson told Spectator that the three firefighters had been transported to St. Luke's Hospital to be treated for minor injuries, while four civilians were treated on the scene for smoke inhalation.

Computers were strewn across the floor and tables overturned in the bank Saturday afternoon. On the second floor, a hole appeared to have been punched through the wall. Shattered glass covered the sidewalk, and the Citibank sign over the building was removed.

According to DNAinfo, the fire broke out around 5:20 a.m. Saturday. An FDNY spokesperson said that the fire was difficult to extinguish because it appeared to be in the walls of the building. A nearby apartment building was evacuated, he added.

The fire was initially reported in the basement, but had spread to the first and second floors of the building, the spokesperson said, but the FDNY did not yet know what caused the fire.

Other businesses on the block have varying degrees of damage. Bank Street College of Education canceled classes Saturday due to smoke. Pinkberry, two stores down from the bank, suffered no damage because of the fire, an employee told Spectator.

Feras Samad, owner of The Heights Bar & Grill and Samad's Gourmet next door, said they are waiting to re-enter the building and plan on reopening quickly, but "right now we don't know the full extent of the water and smoke damage."

Vareli manager Richard Bill said that the restaurant—one storefront away from Citibank—will be ready to open by Monday after suffering water damage.

"We got a little water coming in from all the hoses. It just started to breach the walls," Bill said. "We've spent most of the day pumping the water out."

Correction: An earlier version of this article incorrectly spelled Vareli manager Richard Bill's name. His last name is "Bill," not "Brill." A previous version of this correction misspelled "Vareli." Spectator regrets the errors.