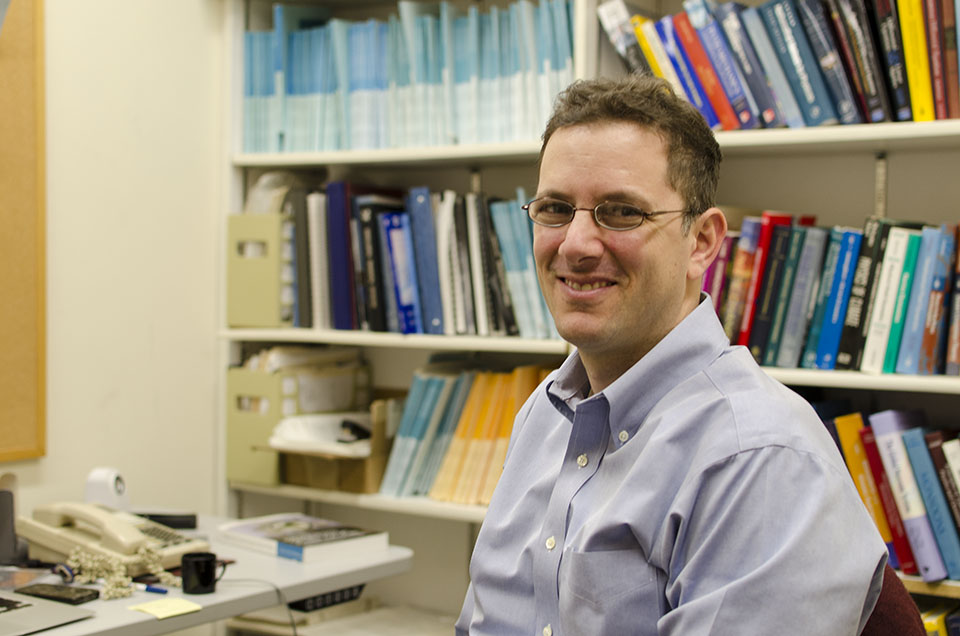 Adam Sobel, a professor of applied physics and mathematics, will use the AXA grant to launch a research initiative to explore the relationship between extreme weather and climate change.

Adam Sobel, a professor of applied physics and math, is taking his research on weather to the extreme.

With the help of a 250,000 two-year AXA Award in climate and weather research—awarded last week by the French global investment, retirement, and insurance company's research fund—Sobel will establish a research initiative on extreme weather and climate alongside a few colleagues.

"The goals are to really be able to make progress towards understanding what the risks are on the atmosphere itself and on the ground and help society manage and prepare for those risks," Sobel, also a professor at Lamont-Doherty Earth Observatory, said.

The central focus of the initiative will be looking into the relationship between extreme weather and climate change.

"We'd like to be able to work on these problems and take a little bit of pressure off of the research scientists," Sobel said, who first began delving into extreme weather with Hurricane Sandy in 2012.

Sobel's research on Hurricane Sandy has led to a graduate seminar, a book in the works, and two peer-reviewed papers—one of which estimated the likelihood of another hurricane following a similar track to Sandy to be once per 700 years.

The AXA grant, Sobel said, is the first financial support for the project, which will involve research from faculty already at Columbia.

Michael Tippett, a lecturer of applied mathematics at the School of Engineering and Applied Science, will collaborate with Sobel on the initiative with research focused on tropical cyclones and the environment.

"Adam has done a lot of fundamental research on understanding tropical dynamics and now is also taking that and trying to connect it to societally important phenomena such as extremes," Tippett said. "Really, the part of climate that people are affected most immediately by is things that are extreme and unusual."

Suzana Camargo, a researcher of ocean and climate physics at Lamont-Doherty, has worked with Sobel for 15 years and said that the funds finally give them a realistic opportunity to pursue their research.

"We are going to continue collaborating as we have been doing, but it was difficult because we didn't have the funds," Camargo said.

"Now, we'll have more leeway to explore different ideas that we have been talking about but didn't have a chance to study, such as whether we can see whether we can say if there is the possibility of there being hurricanes such as Sandy in the future," Camargo added.

The grant came as a complete surprise to Sobel, who was attending a conference in France when he decided to meet with a representative from AXA at a friend's recommendation.

"I walked in there thinking that we'd have a meeting and that maybe one day they'd give me some money," Sobel said. "But 30 minutes into the conversation, I was told that they already decided they were going to give the award to me. It was really like a fairy tale."

Correction: An earlier version of this story said that Sobel's book was set to be published in "Popular Science." Spectator regrets the error.