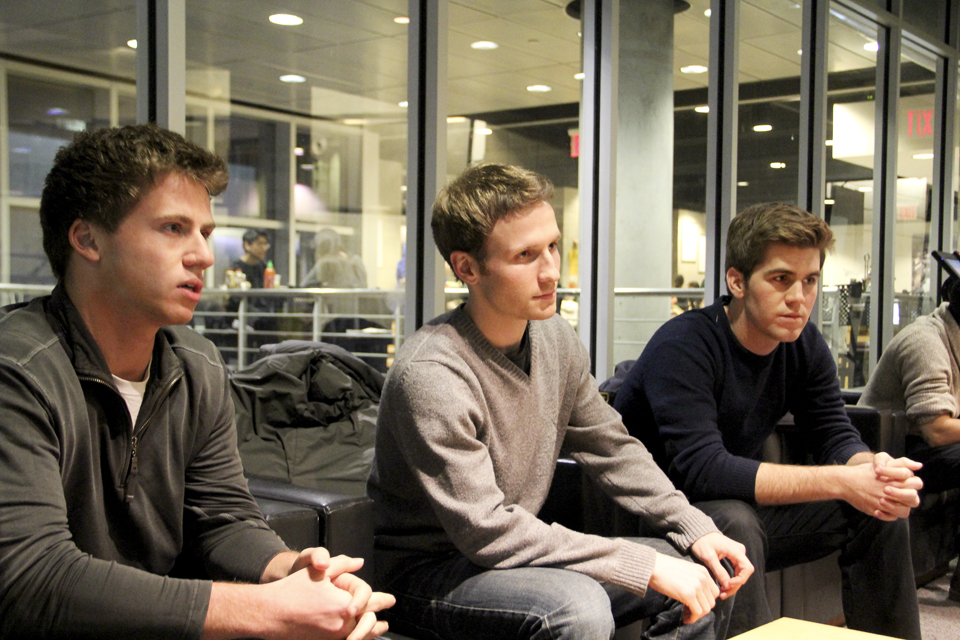 Lion Fund, the largest independently financed student-run hedge fund in the Ivy League, is experiencing a period of growth and changes while trying to maintain the group's core goals and democratic investing process.

Commanding a portfolio worth $115,000, the fund is one of the only independently financed student-run hedge funds in the country. While other schools may have larger funds, they typically are a part of the school's endowment—a fact that leads to additional investment restrictions for those groups.

With the group doubling from 17 to 33 members this year, the leaders are reorganizing the fund's structure to better manage members and bring Lion Fund closer to looking and working like a professional hedge fund.

Eli  Geschwind, CC '16 and the fund's director of investor relations, said that this was done since the new members are more active than ever.

Part of that new framework involves creating new board positions and dividing members into sub-groups—not unlike hedge funds downtown.

It also means a rigorous application process­—according to the group's website, more than 140 people applied for 15 positions last year.

Daniel O'Leary, SEAS '14 and Lion Fund's chief investment officer, said that the process includes a "super day," during which applicants undergo a day of interviews intended to given them a comprehensive overview  about the investment process. Afterward, members attend about six weekly orientation sessions that explain various aspects of financial investment.

"We self-designed the curriculum from group brainstorming sessions," O'Leary said. "Individual people would take on individual topics—whatever they thought they could do best."

Lion Fund is able to maintain its independence because its portfolio is entirely comprised of the members' own money—the group recommends each member contribute $1,000.

Though O'Leary said that an applicant's ability to pay doesn't factor in his or her acceptance into the fund, he said that having an individual stake in the fund adds to the experience.

"We've never said 'no' to anyone on the basis of financial reasons," O'Leary said. "The one thing I really like about our system is that everyone has skin in the game. Everyone is very interested in doing well and trying as hard as we can."

An essential part of this educational aspect is the pitching process—something the members call a "democratic investing process"—where every member of the fund, regardless of their year, can propose an investment and get challenged by the rest of the members about its potential.

"There is no pride in defending your investment thesis for the sake of defending it," Michael Sher, GS/JTS '14 and the president of Lion Fund, said. "We readily attack each other. You expect to get drilled—it's very horizontal."

This system, along with the group's financial autonomy, allows the fund to focus on smaller stocks that are not typically covered by major Wall Street investors—something they hope will give them an investment advantage.

"We're definitely not experts, but we feel like if we trade in an area where there are very few experts, we have a chance," O'Leary said.

Members say the strong links between current students and alumni of the fund only increase the group's chance for success.

"The alumni help mentor a lot of kids—they come to our presentations, they give us a lot of advice," Sher said. "It's a very tight-knit group, so the alumni are willing to go out on a limb for current members."

Geschwind said the alumni often end up working in companies that students are interested in.

"We're trying to establish a network of individuals who are genuinely interested and passionate about finance, who will ultimately work in finance or a related field and then establish this alumni network," Geschwind said.