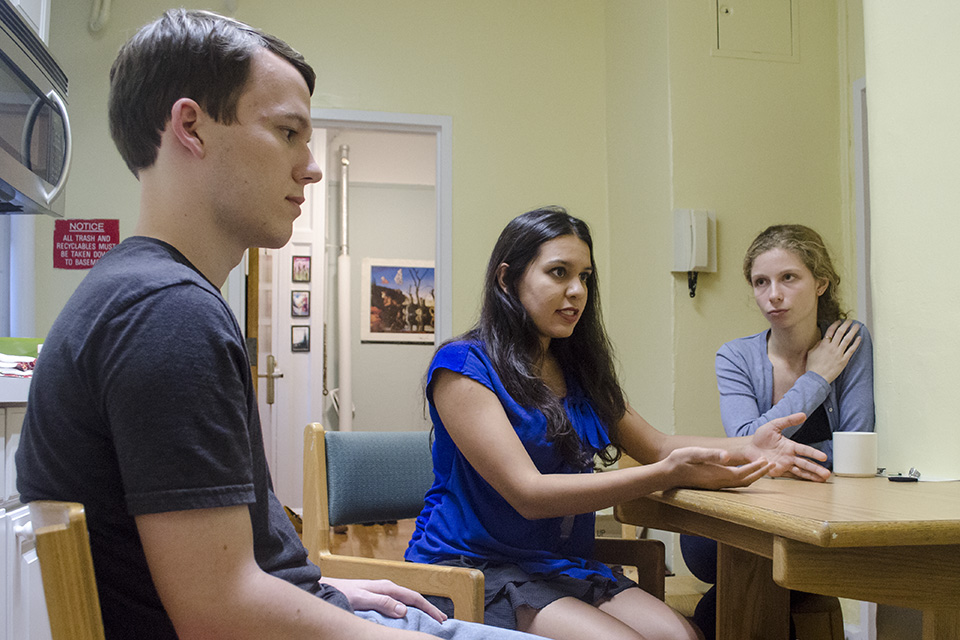 The Rape Crisis/Anti-Violence Support Center, located on Barnard's campus, is designed to provide support to survivors of sexual violence on campus—but some students say that the center isn't accessible enough for Columbia students.

While Barnard students can freely enter Hewitt Hall to visit the center, Columbia students must present their IDs to the desk attendant and express their intention to visit the center. The issue has prompted the student councils and the Columbia University Democrats to raise questions about the center's confidentiality.

"Effectively, they have to publicly out themselves as survivors to a complete stranger, which can be really uncomfortable and a huge deterrent to getting help," Abby Porter, CC '17 and a Columbia College Student Council representative  working on the issue, said.

"The response from the administration has been that instead of saying, 'I'm going to the Rape Crisis Center,' they can say something like, 'I have a health appointment,' but any code you create still presents the same issues," Porter added.

Porter acknowledged that the issue is difficult to fix because of the potential safety issues tied up in providing swipe access to Barnard dorms to students with Columbia IDs.

"It's going to require a creative solution," Porter said. "It's not going to be cut-and-dry."

Another area of concern is the RCC's hours of operation. While the center is staffed in part by peer advocates, who operate a 24/7 hotline that students can call in times of need, the center itself is only open from 8 a.m. to 11 p.m. The center is also not open during the New Student Orientation Program.

"The concern there is that they don't feel comfortable keeping the center open without a trained professional there," CU Dems president Sejal Singh, CC '15, said. "The peer advocates just aren't qualified."

The petition that the Dems have circulated since October, which focused in part on increasing the accessibility of the RCC, now has over 1,500 signatures. That petition also called for the release of anonymous data on how the University adjudicates gender-based misconduct complaints, which University President Lee Bollinger announced the school would do this semester.

"The obvious solution is to hire a trained professional to staff the center at all hours," Singh said. "It's not a budget issue—Columbia definitely has the money."

Additionally, the RCC's address isn't available anywhere online, even though the University recently updated its website on sexual misconduct. To find out where the office is located, survivors must first call the peer advocate help line.

One sexual assault survivor, who asked to remain anonymous because she fears retaliation from her attacker, said that she didn't know where the RCC was.

"I looked online and it's not heavily advertised," the student said. "I couldn't get in touch with them."

Students raised the same sentiments on Monday when Barnard's Student Government Association held an open but anonymous forum on sexual and gender-based misconduct during its weekly representative council meeting. At the forum, several students spoke about increasing the focus on the availability of services for assault survivors.

"There needs to be a higher level of privacy at the Rape Crisis Center for Columbia students, but it's difficult because they need to sign in," said one student at the forum.

Maddy Popkin, BC '14 and SGA president, said that she wants SGA to serve as a liaison between Barnard students and administrators as the discussion about the center and other gender-based misconduct issues continues on campus.

"It appears that Barnard students' security are at odds with the security of the Rape Crisis Center, but I don't think that's true," Popkin said. "It's hard—you have to find a balance between accessibility and privacy."

Popkin added that she and SGA members will continue to meet with Barnard administrators to find a "nuanced and careful approach" to the problems at hand.

"SGA—we're not trained peer educators. It wouldn't be responsible for us to be holding discussions about the topic of sexual violence," she said.

The University did not respond to multiple requests for comment.

Correction: A previous version of this article misquoted Maddy Popkin as saying that she wants SGA to serve as a liaison between Barnard and Columbia. She actually said she would like SGA to serve as a liaison between students and administrators. This article also left out a crucial part of Popkin's second quote, which indicates that there must be a balance between accessibility and privacy. Popkin's last quote was also previously incorrect due to a transcribing error. Spectator regrets the errors.