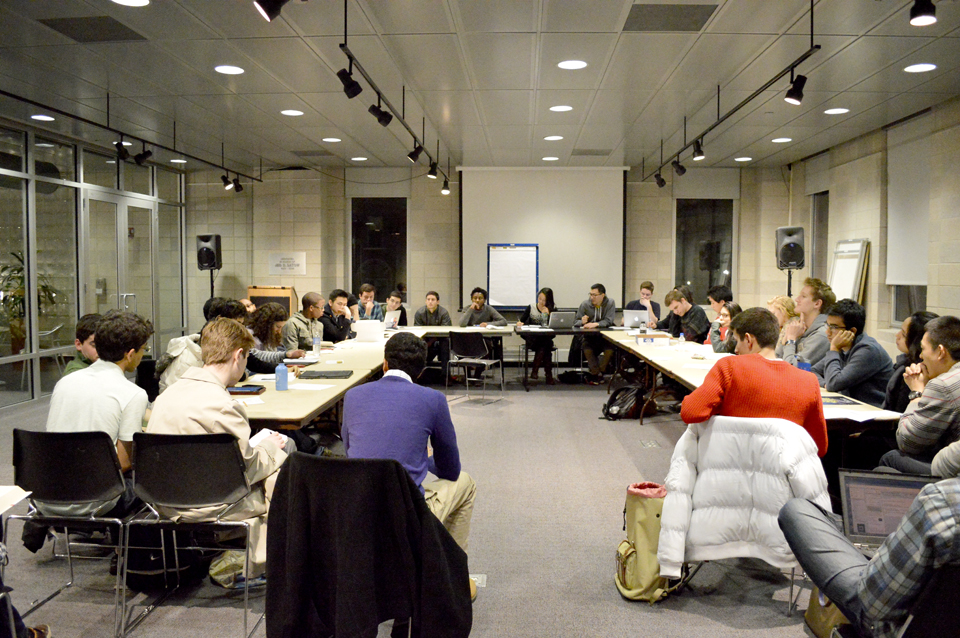 A number of procedural changes to the way sexual assault investigations are conducted will be implemented before the end of the school year, University Senator Marc Heinrich, CC '16, said at Sunday's Columbia College Student Council meeting.

One change that will take effect immediately, Heinrich said, is having two investigators instead of one to take notes during meetings where survivors present personal statements.

Heinrich said that the University plans to better follow through on interim actions requested by the survivor, such as fulfilling requests to move them or their alleged attacker to a different residence hall, before the end of the semester. None of the immediate actions will require making formal changes to University policy.

The changes come after two Blue and White articles detailing the adjudication process for sexual assault cases prompted widespread student criticism and media coverage of the way the University handled cases of gender-based misconduct, including allegations of investigators omitting details from survivors' statements.

"The change that was implemented was because there were concerns expressed by students," Heinrich said as a part of the senate's update to CCSC. Survivors will also have the opportunity to view the notes from their statements to make changes and see evidence documents before going to their hearing, he added.

"There's no question that PACSA needs to be modified and strengthened," Heinrich said. "We want to make sure that students have a bigger voice on the committee."

Class of 2017 CCSC representative Abby Porter, a supporter of changes to the consent program, said the new NSOP program would shift focus from a discussion of just consent to a discussion of rape culture in general

"It's looking at making it more serious, making it have a more serious tone," Porter said. "It is technically mandatory, but we want to find better ways to enforce that."

Porter also wants the Office of Gender-Based and Sexual Misconduct to release the selection criteria for Consent Training Educators and examine the Consent 101 curriculum.

Other possible changes to educate students on consent include having follow-up consent workshops for students throughout their time at Columbia, Porter said.

Such programs could be similar to Step-Up, a pilot program for incoming athletes launched last year that gives participants bystander training.

Heinrich said he also wants the Office of Gender-Based and Sexual Misconduct to clarify how different contexts, such as whether the defendant is a repeat offender and whether alcohol was involved, affect the adjudication process.

Once the University releases aggregate data, which President Lee Bollinger said would happen before the end of the semester, the policy itself needs to be examined to see what must be changed, Heinrich said, but fixing the processes under the existing policy is a first step.

"There are a lot of implementation concerns—whether or not there are problems with the actual policy," Heinrich said.

Sejal Singh, CC '15 and president of the Columbia University College Democrats, which started a petition last semester pushing for the University to release aggregate data about sexual assault on campus, supported the proposed changes.

"If there's any incorrect information taken down by an investigator, the other investigator will ideally have caught that, and that discrepancy will show up in their different reports," Singh said about the additional investigator. " We're very happy that the administration is taking steps to address the concerns we've brought up as a group and that survivors have brought up in the community."

She also wants something similar to the Step-Up bystander training program expanded to all new students.

"It's something that all students need. Sexual violence is part of the experience of virtually all students on this campus," Singh said. "There's a lot of benefits to giving everyone the tools they need fight sexual violence and to fight sexual assault. We're very hopeful that, looking forward, that program will be something everyone takes part in."