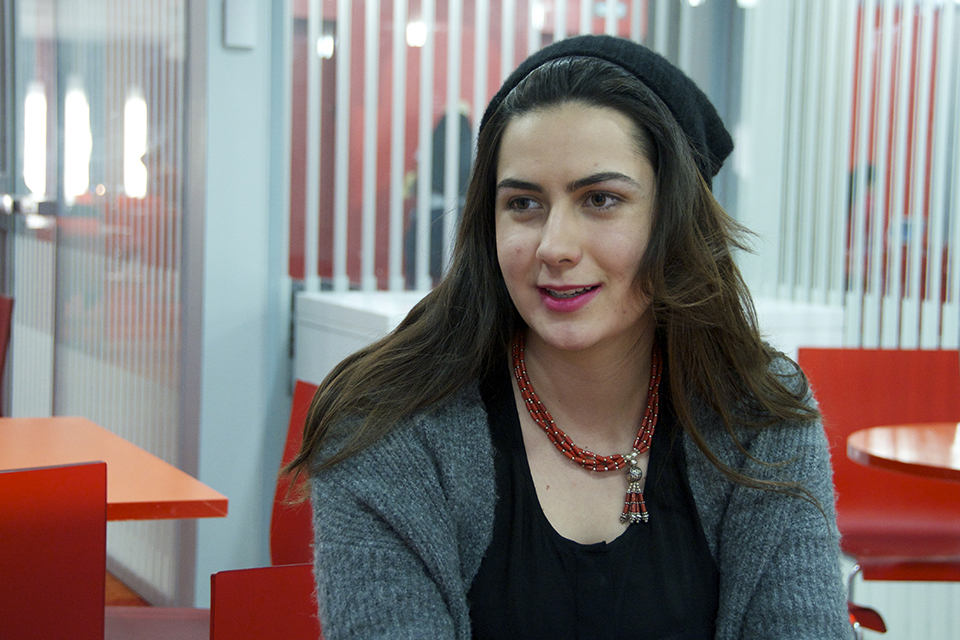 Hosanna Fuller, BC 16, said that the computer science and applied math help room, which is housed on Barnards campus, has expanded its hours and number of tutors to accommodate a growing number of student visitors.

Barnard's computer science community is getting more support, thanks to extended services at a student-run help room.

The help room for computer science and applied math, housed in available classrooms on Barnard's campus, added two additional teaching assistants, expanded from two to three times a week, and is being utilized by more students on a regular basis this semester.

Hosanna Fuller, BC '16, started the help room last semester to provide more help for students outside of office hours.

"The office hours that were available for more specific questions didn't help you with the high-level ideas," Fuller said.

Priority for help room use is given to Barnard students, who can come to the help room and receive more individualized attention and ask more in-depth questions than teaching assistants have time to address during their hours.

"There's obviously not enough time for the TAs to help one student out for a prolonged period of time," Fuller said.

"You can really ask any question you want," Fuller added about the help room. "The last few sessions we had we gave class picking advice and mentorship advice, because that's what the students want."

Fuller said that, in addition to providing more help sessions outside of class and office hours, her inspiration for the help room came from wanting to provide more support to women in the often male-dominated field of computer science.

Fuller said that she took a computer science course during her first semester at Barnard and felt "alienated" as one of only a few women in the course.

Dave Bayer, a professor of mathematics at Barnard and the help room's faculty adviser, said that the community aspect benefits how students learn in the room.

"Everyone is struggling with the same problems, and it makes them real," Bayer said. "People learn more effectively when they bond with each other."

"Initially, there were like 100 women out of 300, and then, within the first month, over half of the girls dropped," Fuller said of her first computer science class. "I felt that there was a need for support for women in computer science who were interested."

Fuller said that during their first week of operation, only about one or two people attended the help room, but that attendance has grown steadily this semester.

Fuller said that the room is funded by Barnard, which is why they prioritize Barnard students. If the room isn't crowded, then volunteer tutors can help students from Columbia College, the School of Engineering and Applied Science, and the School of General Studies.

Barnard students who have used the room agree that the resource has been fruitful so far.

"The individualized attention was definitely better in the help room," Maddy McAdams, BC '16 and a student who has used the help room, said. "It was a lot more collaborative."

Mariel Kim, BC '16 and a computer science major, said that the resource has helped her navigate her challenging coursework.

"I was struggling with a project, so I just checked it out," Kim said of the help room. "The people are really great, and lots of other students from my class were there, asking the same questions, so we worked through things together. I definitely had a really great experience."

Kim was happy to see the extended hours, but hopes that, with even more students visiting the help room, the individualized attention remains

"A lot of people can come, and in that case if you need help you need to wait for them to come around," Kim said. "So I'm hoping that they'll keep their ratio pretty even with the students."