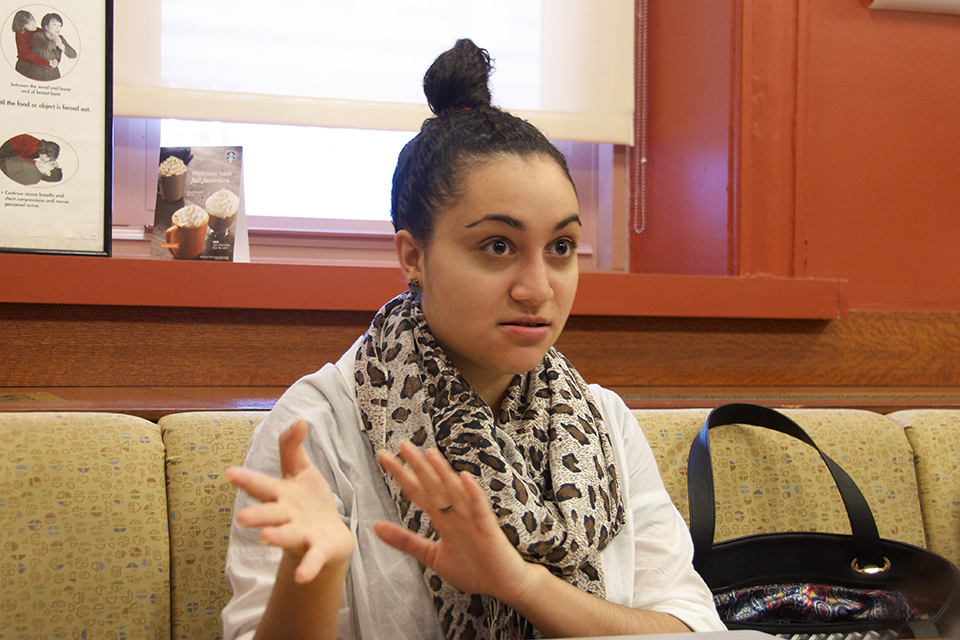 Rachel Whea, a second-year masters student in the program for counseling psychology, said that she wouldnt apply for the scholarship, but that the scholarship might be significant for others.

After announcing a $300 million fundraising initiative last semester, Teachers College has allocated some $10,000 of the funds for a one-year scholarship for master's and doctoral students, in an attempt to alleviate problems with funding and financial aid.

The 125th Anniversary Scholarship came as a result of the funds raised from last November's gala. According to Suzanne Murphy, vice president for development and external affairs at TC, the college is now more than halfway through its fundraising goal with over $150.8 million raised.

Additionally, the gala raised $1.4 million specifically for student financial support, $900,000 of which will go to fund the 125th Anniversary Scholarship over the next three years. The campaign's ultimate goal is to raise $110 million for scholarships.

"Raising $110 million for student scholarships supports a larger, institutional commitment and strategy to make financial aid at Teachers College as generous and effective as possible," Murphy said in an email. "Through fundraising and ongoing administrative measures and policies, we hope both to increase financial aid and to lower student loan debt for graduates, many of whom plan to work in urban settings and/or devote their careers to public service."

Murphy said that there is currently no timeline or breakdown about how the rest of the funds from the initiative will be distributed.

Students can apply for the scholarship by March 13 and need to write an essay on their field of study.

According to Thomas Rock, associate dean at TC and the executive director of Enrollment Services, students will be chosen for the scholarship by a committee of faculty and staff from Teachers College's Office of Admission and the Office of Financial Aid.

Murphy also emphasized the commitment that the college has made toward a fair distribution of funds.

"Each department and program at TC has distinct academic requirements, and there are as many measures of merit and progress as there are faculty and students," Rock said. "Faculty input and review will be particularly important to assess each candidate's merit and academic strengths."

The scholarship comes a year after master's students at TC called for more transparency in the college's financial aid policies, claiming that information about scholarships­—including renewal policies and the application process—wasn't made clear.

Student reactions to the new scholarship were mixed, as some argued the one-year $10,000 sum would be too small to make a real difference, while others believed that the fund would be helpful.

Rachel Whea, a second-year master's student, said that she wouldn't apply for the scholarship, and that she didn't think the amount of money would help alleviate her loans.

"Applying for a scholarship is not in my general realm of concern because I am graduating really soon, and to put it bluntly, $10,000 doesn't really help me that much with the amount of loans," Whea said. "It's not really worth it, unfortunately."

Whea recognized, however, that the scholarship might be significant to others.

Other students echoed the notion that the scholarship would offer much-needed money to students, even if it does not fully pay off their debts.

Allison Baldwin, a first-year master's student in the elementary inclusive education program and the academic affairs committee chair of the TC Student Senate, said that she is planning to apply for the scholarship.

"We're all on the same boat, and have really high tuition that we've been trying to see if we can get lowered," she added. "We all are very concerned about the tuition levels and the amount of debt that anyone is going to be in, so no matter what, any money is going to be helpful."

Generally, though, students interviewed were not well-versed on the scholarship opportunities available to them, mentioning disinterest due to time or simply lack of knowledge about them.

Mary Somich, a first-year master's student studying mental health in TC's counseling psychology program, said she has not been paying attention to the scholarship or grants, but noted that she plans on becoming more aware of them.

"I was given a tiny academic scholarship when I came," she said. "I've heard that Teachers College doesn't give out that much money, but I have not yet been applying so I am not sure."

Whea mentioned the added difficulties of loan indebtedness for TC students, given the fields they are going into, and that there is an imbalance between what students pay for their degrees and what most earn in the future.

"I do believe that TC is trying to make it the best as possible for us, but it's hard because at a school for education, health, and psychology, a lot of us are going into fields that don't really receive that high of an income," Somich said.

"It is frustrating that we receive high loans and a great education that prepares us for careers that don't really match that pay," she added. "But TC can't change how society feels."