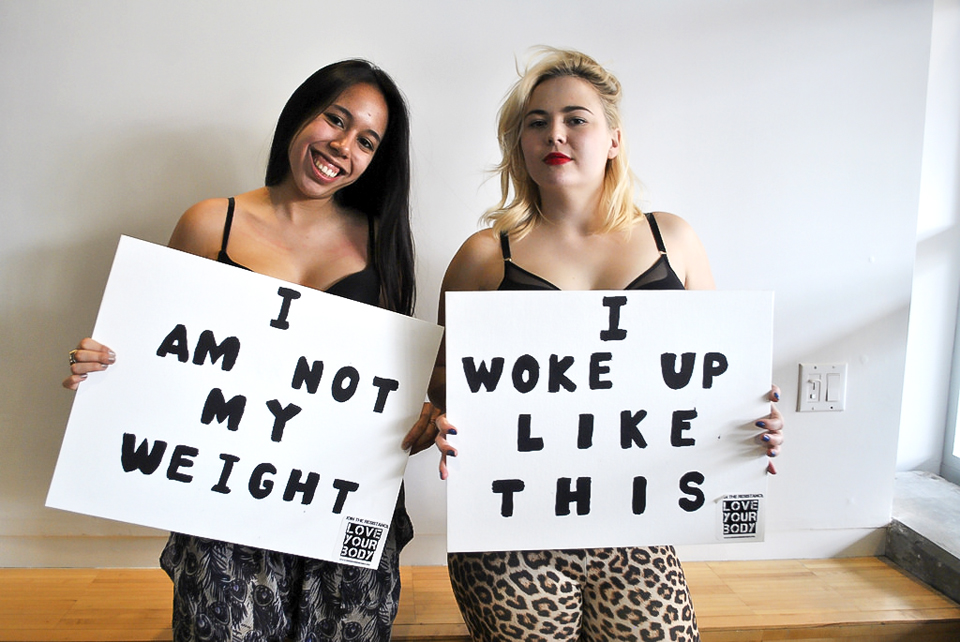 Liz Orozco, CC 16, and Paulina Pinsky, BC 15, are organizing Columbia's first Body Positivity Week at the end of February to promote self-love and raise awareness about eating disorders.

Two students who want to raise awareness about eating disorders and self-image are organizing Columbia's first Body Positivity Week at the end of February.

Liz Orozco, CC '16, and Paulina Pinsky, BC '15, are planning to hold events like body-positive yoga sessions and a speak-out between Feb. 24 and Feb. 28, coinciding with National Eating Disorders Awareness Week.

"Usually when people hear 'eating disorder,' they freak out," Pinsky said. "We want to be educational but also inclusive, so we're really focusing on having events geared towards everyone."

"I think everyone here can benefit from general body positivity and self-love, so we didn't want to target any certain demographic," Orozco said.

Pinksy and Orozco are also inviting an official from the National Eating Disorders Association to speak on campus. The two hope to eventually turn the week into an annual event.

On Saturday, Pinsky and Orozco held a body-positive photo shoot in Lerner featuring students holding signs that said "I Woke Up Like This" intended to promote body-image confidence. They said it was so successful that they scheduled another later this month.

"We had a double-sided sheet of paper full of the names of people who came, and people who weren't able to attend have been sending in pictures nonstop," Pinsky said.

Pinsky and Orozco are working with Columbia's chapter of Active Minds, a national organization dedicated to changing the way students talk about mental health.

"We don't want to emphasize the illness. We want to emphasize that loving your body looks and feels different for everyone," Active Minds Co-president Rakhi Agrawal, BC '14, said. "Not everyone may have an eating disorder, but everyone can be body-positive. To that end, we're basically just supporting Liz and Paulina's efforts in whatever way we can."

"I know that people are more likely to come forward once the conversation [about these issues] comes up," Orozco said. "One part of the problem with mental health is that it's very taboo to talk about—and it shouldn't be."

Orozco said that she was bulimic for about a year and a half, and spent five years recovering.

"It was definitely something I was very secretive about at first," she said. "But after I recovered, it was something I just wanted to talk about all the time. I'm not shy."

Pinsky said most of her friends only found out about her having suffered an eating disorder for seven years after she wrote a View from Here piece for the Eye in the fall.