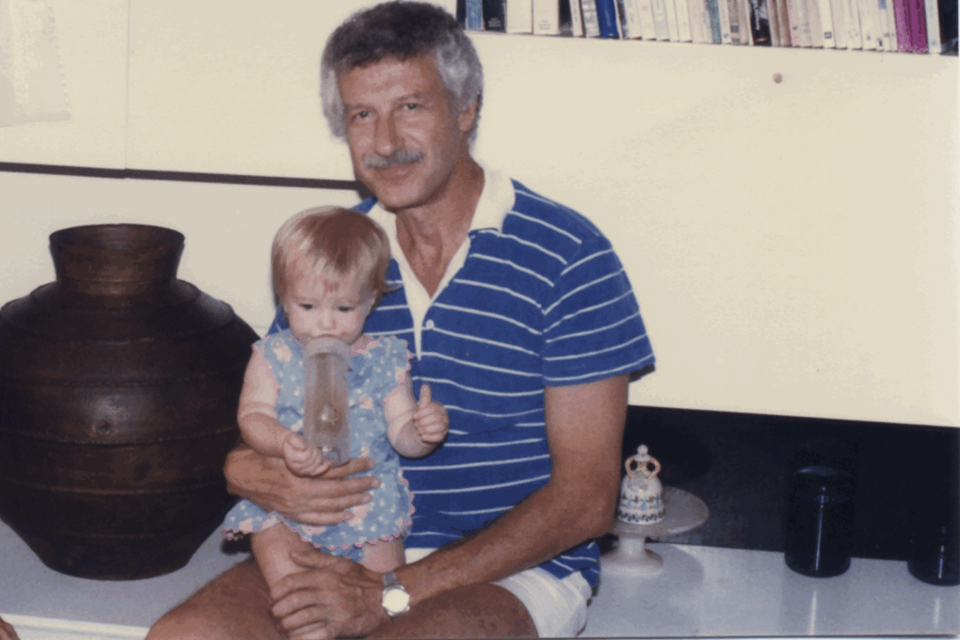 Former chair of the department of Spanish and Portuguese Jaime Alazraki, GSAS 67, pictured here in the mid-1980s, died on Feb. 9. in Barcelona.

Colleagues remember Alazraki, who served as the chair of the department of Spanish and Portuguese at Columbia from 1988 to the 1990s, as kind, humble, and intelligent.

"He was ... a fantastic writer, commentator of texts, extremely sensitive in his appraisal of literary works," said Claudia Kaiser-Lenoir, a former Romance languages professor at Tufts University and a friend of Alazraki. "Generations of students learned to understand and love various authors by exposure to his critical appraisal of his work."

Alazraki is best known for a series of critical essays on Argentine author Jorge Luis Borges, in which he explored the relationship between Borges and Kabbalah. He has also written numerous books on Latin American literature.

"It's impossible to really take a scholarly interest in those writers [like Borges] without making use centrally of the many works he wrote," Kaiser-Lenoir said.

"We were all in awe of the intellectual and personal relationship he had had with Jorge Luis Borges," Patricia Greive, a humanities professor at Columbia, said in an email.

Gonzalo Sobejano, professor emeritus of Spanish literature and one of Alazraki's former instructors, remembers him for his talents and kindness. Alazraki ultimately recommended Sobejano for a professorship at Harvard.

"He was my best student, but more than that, he was like my son," Sobejano said. "When my wife died in '69, he was the first person to come see me at the hospital."

Kaiser-Lenoir said that in addition to literature, Alazraki had an intense interest in politics.

"He was also an intellectual with broad interests," she said. "Some of them had to do with a very clear stance with his understanding of social justice in Latin America, particularly in the decade in the '80s with so many wars and violence going on in Latin America."

Alazraki was diagnosed with Parkinson's disease in the 1990s which prompted his gradual retirement from Columbia at the time.

"We were deeply saddened when he needed to retire early after such an impressive career," Grieve said.

Grieve remembers Alazraki as "an unassuming and effective leader, until his retirement in the early 1990s."

"He lived several lives in one lifetime," Kaiser-Lenoir said.