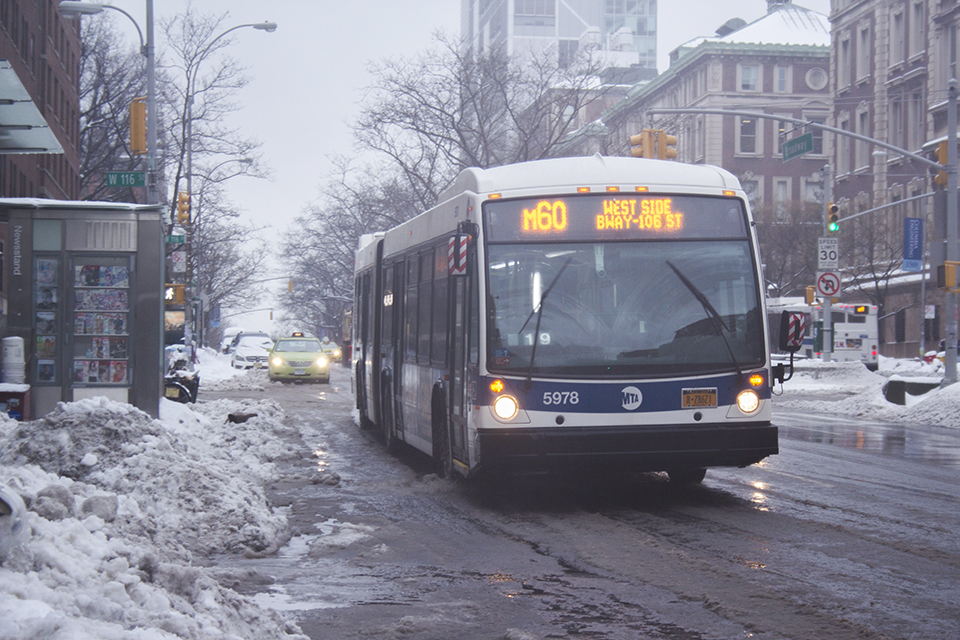 Community Board 10 has raised concerns that the Department of Transportation's plan to speed up bus service along 125th Street may pose difficulties for the disabled community.

Concerns about wheelchair accessibility and parking spaces are the latest in a long debate about the Department of Transportation's plan to speed up bus service along 125th Street.

Starting in May, bus-only lanes will be installed along 125th Street east of Lenox Avenue, and the M60, which runs from Morningside Heights to Laguardia Airport, will cut a number of stops in an effort to improve service speeds.

Though the plan is already a watered-down version of the DOT's original proposal—which included installing the bus lanes along all of 125th Street—Community Board 10 members raised new concerns about the service changes.

"We're concerned that that limits the accessibility or creates an undue hardship for the elderly and disabled community," Karen Horry, chair of the CB10 transportation committee, said at a meeting Wednesday night.

Though the M60 will have fewer stops, the M100, the M101, and the Bx15 local buses will continue to stop at all stops, which also has Baez worried that existing bus stops would be unable to accommodate multiple buses.

"What guarantees are you going to have that every time the M60 approached one of those bus stops, it's going to be clear for that bus?" Baez, who plans on starting a petition opposing the plan, said. "Are you really expediting the service?"

"There is no design in place that would allow four buses to pull into the bus stop," Richard Toussaint, a Harlem resident, said at Wednesday's meeting. "Parking spaces may have to be given up in order to get a mass transit system to run smoothly."

The Metropolitan Transit Authority and the DOT first announced a plan in October 2012 to install bus lanes along 125th Street from Second Avenue to Amsterdam Avenue, but community opposition prompted the DOT to adjust and later scrap the plan in May 2013. The current plan, which cuts the bus lanes west of Lenox Avenue, was reintroduced in October.

A DOT statement from October said the most recent revisions were made in response to community concerns about the effect bus lanes would have on traffic flow on 125th Street, one of Harlem's busiest thoroughfares.

DOT spokesperson Nicholas Mosquera said in a statement on Thursday that while parking spaces will be cut on 125th Street, the department has made plans to open around 150 new spaces on 124th and 126th streets.

"It was supposed to just make stops at the train stations," he said. "But somehow, I don't know whether it was the community boards or the business district, they didn't like that plan."

Bailey, however, thinks that remaining opponents to the current plan are finally starting to coalesce.

"Now other stakeholders, no matter who they are, are starting to voice an even stronger opinion about what DOT is getting ready to do," he said.