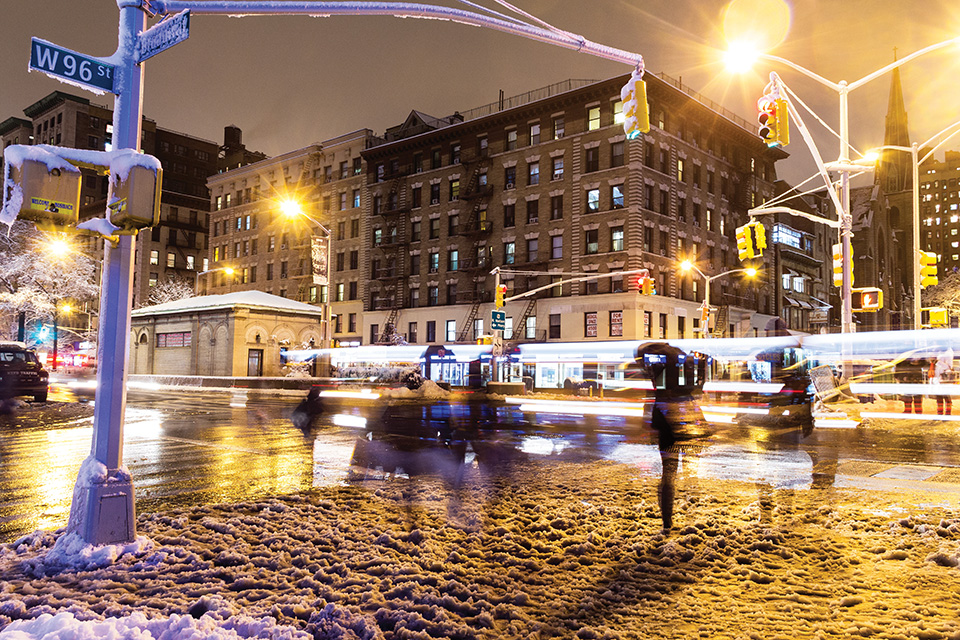 Cooper's law, named for a nine-year-old boy who was struck and killed by a taxi driver on the Upper West Side, would impose tougher sanctions on taxi drivers involved in traffic accidents.

City Council member Helen Rosenthal and the family of Cooper Stock, a nine-year-old boy who was struck and killed by a taxi last month on West 97th Street and West End Avenue, are proposing a law that would mandate license suspensions and investigations for taxi drivers who kill or injure pedestrians.

The law, which Cooper's family hopes will be named in his honor, comes amid a spate of recent accidents across the city—including three that killed pedestrians on the Upper West Side last month.

Barron Lerner, Cooper's uncle, called currently lax laws governing cab drivers who kill pedestrians "appalling and really offensive." The taxi driver who hit Cooper was only given a summons for failing to yield to a pedestrian, the New York Post reported.

Lerner said that in reaching out to politicians and the media, his family hopes to "keep his story alive, and not just see him as a number, as a faceless child who got killed."

"We're focusing on cab companies because we have learned in the past month that it is routine that if a cab driver hits or kills someone, they don't automatically get their license suspended or get an inquiry from the Taxi & Limousine Commission," Lerner said.

Rosenthal said that's she'll be pushing to get the law passed as quickly as possible.

"Within this week I'll be working on pressing it through the City Council so then I'll have a better idea for how quickly we can get it through," Rosenthal said. "I've alerted City Council central staff about how important it is to me."

Still, Lerner acknowledged that the law wouldn't solve all of the dangers that pedestrians face, since it only applies to cab drivers.

"What Cooper's Law is or isn't, I wouldn't want to obscure the bigger issue, which is that as far as we have learned, cab drivers as well as ordinary drivers who kill people on the streets of Manhattan are almost never criminally prosecuted," Lerner said. "Everyone gets off with a slap on the wrist, whether you're a cab driver or not."

On Monday morning, the New York Daily News reported that dozens of Upper West Side residents led a protest at the West 96th Street and Broadway intersection, demanding safer streets for pedestrians while holding signs that said "Love our streets" and "Streets are for sharing."

Local politicians have also turned their attention towards legal action against such motorists but with a broader scope than Cooper's Law.

Calling CB7's proposal "a little bit stronger" than Cooper's law, Albert noted that the committee is still seeking to learn more about how to address the issue of lax litigation against drivers who kill pedestrians.

"Virtually every cab driver who's killed or seriously injured someone is still driving," Albert said. "We're trying to get representatives from the Taxi & Limousine Commission and the Manhattan DA's office to ask them why there's so little prosecution."

Ken Coughlin, a member of CB7's transportation committee, called the board's measure "long overdue," but noted that it would still have to be passed on the state level in order to take effect.

He pointed to "a clash of cultures" between the city and "assemblymen and state senators who live upstate in districts that are much more car-dominated" as a potential difficulty for passing laws that would increase motorist prosecution.

But Howard Yaruss, who initially introduced the measure to the board, said its implementation would not change existing laws.

"This is not a situation where there is a mere accident," Yaruss said, adding that the measure specifically applies to drivers found to be in violation of traffic laws at the time of the incident.

"There are a whole bunch of sanctions the state has when someone kills someone," he added. "All we're calling for is for a few of them to be employed. That's it."

Among taxi drivers, however, the idea of a law specifically focused on increasing prosecution for cabs involved in pedestrian deaths received mixed reviews.

"The pedestrian does not have the right of way at all times," said Melvin Robinson, a cab driver in the city for over 40 years.

Robinson referenced an increase in jaywalking—prompted by a lack of police enforcement—as a contributor to pedestrian deaths and called for more severe penalties against it.

"The police department needs to do something about this, because I don't want to see anyone get hurt," Robinson said. "The pedestrians should pay $100 for jaywalking."

John Hernandez, who began as a cab driver two months ago, also placed some blame on pedestrians, but acknowledged that some prosecution may be necessary.

"It depends," Hernandez said. "If it's the cab drivers fault, they should take him to jail."

Asm Khan, a cab driver for the last seven months, agreed that drivers should only be taken to court if the accident is their fault—though he noted that it's the taxi driver's job to be vigilant for pedestrians.

"In the pedestrian crossing, taxis have to be careful," Khan said. "There could be an old man who couldn't finish his crossing in one light."