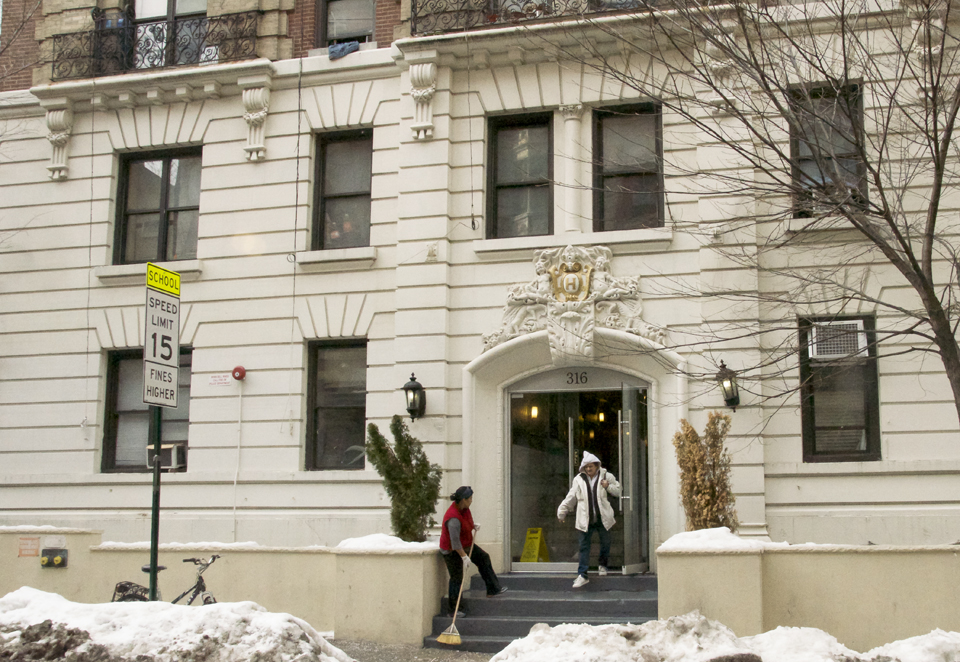 Helen Rosenthal, the City Council member for District 6, has pledged to review the contracts of the Freedom House, a homeless shelter on West 95th Street between West End Avenue and Riverside Drive.

A newly elected politician is pledging to make changes to a controversial homeless shelter on West 95th Street.

The shelter, known as Freedom House, had an unusual start when the Department of Homeless Services labeled it as emergency housing, allowing residents to move in without community approval in the summer of 2012. Last October, then-Comptroller John Liu completed a review of Aguila, Inc., the company that operates Freedom House and more than 40 other shelters in the city, which found that the company made improper payments and had unsanitary living arrangements in its shelters throughout the city. Liu subsequently called on the city to end its contracts with Aguila.

"Front and center is the DHS homeless shelter contract, and I'd like to have a hearing about that sooner rather than later," Rosenthal told Spectator last week.

Rosenthal will take a closer look at Aguila's contract with the city and said she hopes to find a better solution for the Upper West Side's homeless population.

"What I'm realizing in talking to my colleagues is that throughout the city, there are homeless shelters like this that have been thrown up in a haphazard sort of way—supposedly in response to an emergency—that are not really solving the problem," Rosenthal said. "So I'm looking forward to having a hearing."

While Rosenthal has been outspoken about this issue, the DHS and Aguila did not respond to requests for comment.

The decision to open the shelter as emergency housing caused a stir with Comptroller Scott Stringer, then-Manhattan Borough President, and Rosenthal's predecessor in the City Council, Gale Brewer, GS '97.

"New Yorkers understand that all neighborhoods share in the responsibility to provide housing to those in need," Stringer wrote in a statement in August 2012, shortly after the decision was made. "But abruptly moving a 400-person shelter into a residential neighborhood in the dead of summer with no community consultation, no contract and no long-term plan only creates bad will and sets back the cause of fighting homelessness."

In July 2013, Liu rejected a proposed $47 million contract for Aguila's two Upper West Side shelters, both on West 95th Street between West End Avenue and Riverside Drive, charging that the contract didn't explain whom the shelters would serve and for how long.

Liu spoke out against Aguila again in November, after reviewing the contracts and finding evidence that the company mishandled funds and that the shelters had unsanitary conditions.

"Despite their claims to the contrary, Aguila's appalling record has not improved and DHS continues to turn a blind eye," Liu said in a statement. "At this point, DHS should just dump Aguila as a shelter operator, and City Hall should direct its resources towards fixing DHS rather than litigating against my office."

Adding onto the shelter's problems was a lawsuit filed against the city by Neighborhood in the Nineties, an Upper West Side community group, as DNAInfo reported.

The suit claimed that the Department of Homeless Services "has received 300 complaints from local residents about individuals trespassing or sleeping in the park and DHS has denied responsibility for every one of them."

But Jennifer Formosa, who resided in the shelter for several months, had good things to say about it.

Residents of the area seem to have mixed feelings about the presence of the shelter.

"They broke the law to spend more money than should be paid out in the first place," said Peter Markle, a retired teacher who lives a few blocks away.

"It doesn't really bother me. It's been there my whole life," Steve Bluestone, who has lived in the area for over fifty years, said, describing how the single room occupancy units had always been a home for transient populations either by hostel, hotel, or shelter.

"There's been an underclass here my whole life," Bluestone said. "I don't want it to go—that's what I like about the area. I don't want to live in a gated community."