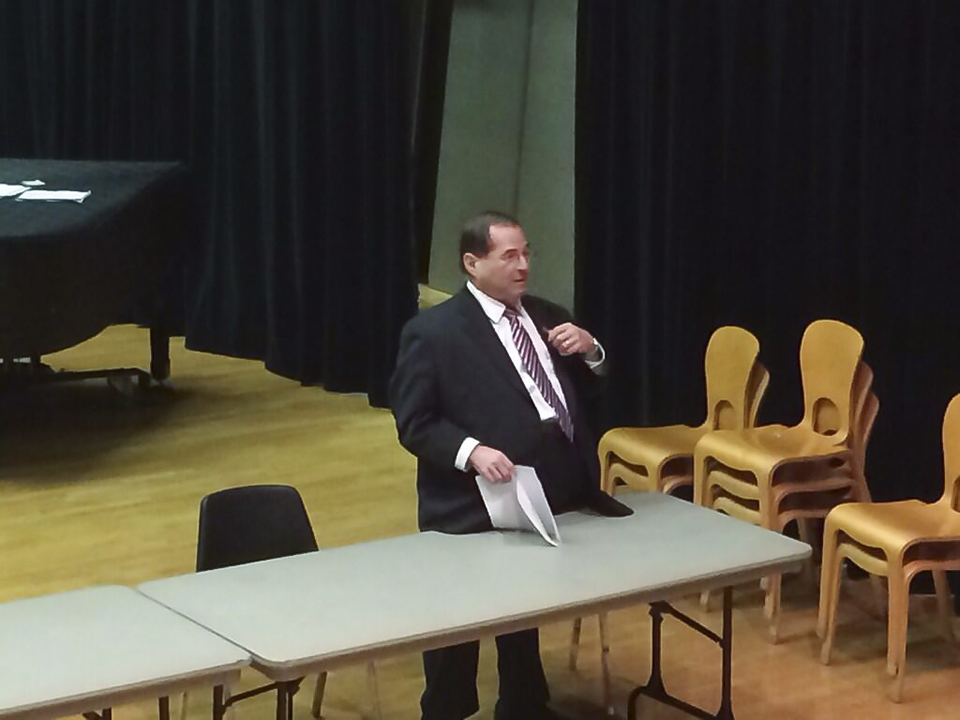 Incumbents Rep. Charles Rangel and Rep. Jerrold Nadler, CC '69, earned the Broadway Democrats club's endorsements Thursday night. For Rangel, it's a sign that there is still strong support in the neighborhood for the 83-year-old, 22-term congressman.

Though Nadler was the only candidate present at the meeting—Rangel was in Israel, Walrond was out of the city, and Espaillat never showed up after running late—he was joined by New York State Assembly member Keith Wright and District 9 City Council member Inez Dickens, both of whom expressed support for Rangel.

"Charlie Rangel is the third most senior member of Congress. He's got 44 years in Congress. He can do anything he wants for his community," Wright said. "Seniority above everything else is the currency that you have."

The endorsements come ahead of the April 10 filing deadline, by which candidates must submit 1,250 signatures to get on the primary ballot. Thursday's endorsements mean that the Broadway Democrats, which represents Morningside Heights and parts of Manhattanville and southwest Harlem, will actively campaign for Rangel and Nadler.

Though Espaillat, who has yet to officially announce his candidacy, didn't draw much support from the Broadway Democrats, he will likely earn endorsements from Democratic clubs uptown, where his State Senate district is located. In the 2012 election, Rangel narrowly defeated Espaillat by just two percentage points and 1,000 votes.

Members at the meeting said they supported Rangel for his experience.

"I don't see anything more worthy than Charlie. He is knowledgeable, and he does have wisdom," Lolita Lowe, a member at the meeting, said. "Pastor Walrond, this is his first time in the political arena. What has he done outside of his church?"

"I welcome a newcomer, I really do. I hope Charlie has someone on his mind maybe to groom, to take his place sometime soon," Sarah Martin, a resident and former president of the Grant Houses, said. "But right now, it's crucial because we need him in there."

Bob Liff, a spokesperson for Rangel who stood in for the congressman at the meeting, said that while he thinks Espaillat and Walrond have very similar positions to Rangel on issues, Rangel is much more equipped to handle the national political environment.

"Senator Espaillat—who is my senator—I want to keep him as my senator," he said. "Reverend Walrond was a remarkable speaker and has done a wonderful job building up the church in Harlem from very small numbers but he has never run, frankly."

Nadler said that he would continue his work pushing liberal progressive issues in Congress. He said he supports raising the minimum wage and opposes the New York City Housing Authority's infill developments—one of which, in the nearby Frederick Douglass Houses on West 100th Street, drew vehement opposition last fall.

"If you ask the people in the polls, unemployment is the biggest problem, low wages, inequality," he said. "And we have to build on that. And we have to elect people who will talk that way."

In response to a question asking him to run for the U.S. Senate, Nadler said. "I would love to be a United States Senator but I'm not going to."

"I would much rather be a senior U.S. Congressman than a defeated U.S. Senate candidate," he said.

Thursday's endorsement meeting was the first held by the Broadway Democrats that included both the 10th and 13th Congressional districts. After lines were redrawn before the 2012 elections, Morningside Heights, Harlem, and much of Upper Manhattan fell within what was formerly Rangel's 15th District.