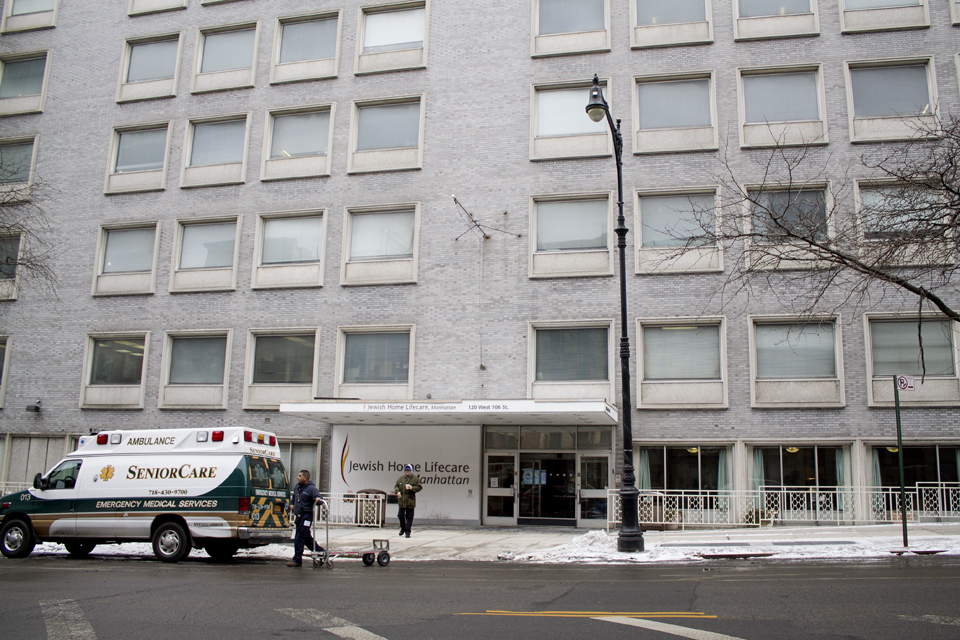 Jewish Home Lifecare has faced tremendous opposition from Upper West Side residents over a plan to build a new campus on 97th Street.

Community leaders are not giving up in a multiyear fight against plans to build a high-rise nursing home on the Upper West Side.

In a letter sent to the city's Department of Health and Mental Hygiene Tuesday, Community Board 7 Chair Elizabeth Caputo said that the environmental quality review scoping document submitted by Jewish Home Lifecare for its plan to build a 24-story nursing home on 97th Street does not take into account important concerns raised by the community.

Caputo said that four areas the Community Board felt JHL did not adequately address were the presence of hazardous materials on the site, the impact construction will have on the surrounding area, traffic safety, and the disposal of solid waste from the site during construction.

"Despite detailed testimony and written submissions by CB7 and many other neighbors and community members, the final scoping document would deprive the Draft Environmental Impact Statement (and the public) of essential assessments relating to key issues," Caputo wrote in the letter.

Caputo's letter comes after new District 7 City Council member Mark Levine announced his opposition to the proposed development in January. A spokesperson for Levine said Tuesday that the council member had also sent a letter addressing the scoping document.

"This project will have a dramatic environmental impact. The construction process will have an impact on air quality, noise, and safety. Traffic will be a concern. The strain on mass transit. Loss of light, air, green space," Levine said in a January DNAinfo article. "This deal is not moving forward until all the regulatory hurdles are met, and we're going to make sure that all the needs of the community are heard."

"We are working with the Department of Health to determine any impact that will come about as a result of our building," she said. Fredman added that JHL is currently waiting to hear back from the DOHMH regarding the environmental review.

"I can't speak for the DOH—I don't know what they are ultimately going to decide. We are working very closely with them to make sure everything is safe so that we can continue providing our services on the Upper West Side," Fredman said.

Page Cowley, co-chair of CB7's Land Use Committee, said that the committee is "currently in a holding pattern" while the DOHMH and Community Board examine the scoping document.

"This is a huge issue for this sector of the Upper West Side. This is also a very critical site because of the school and the transportation tragedies that have happened recently," she added, referring to a string of pedestrian deaths on the Upper West Side in January.

CB7's complaint is just the latest development in a drawn-out fight between JHL and community members over the proposed 97th Street building. The controversy started in 2007 when District 8 City Council member Melissa Mark-Viverito helped push for a zoning exception that would have allowed JHL to knock down its current campus on 106th Street and build a new nursing home and apartment building on 107th Street that would be taller than zoning rules would otherwise allow.

In September 2012, the proposed location of the new building was moved to 97th street, drawing concerns over the impact of construction because of the site's proximity to P.S. 163.

In April 2013, the neighboring Park West Village Tenants' Association raised additional concerns about the project after releasing a study that found potentially hazardous levels of lead in the parking lot currently occupying the site. Though the company was required to complete an environmental impact summary over the summer, Upper West Siders continued to express discontent towards the project at a rambunctious community meeting in September.