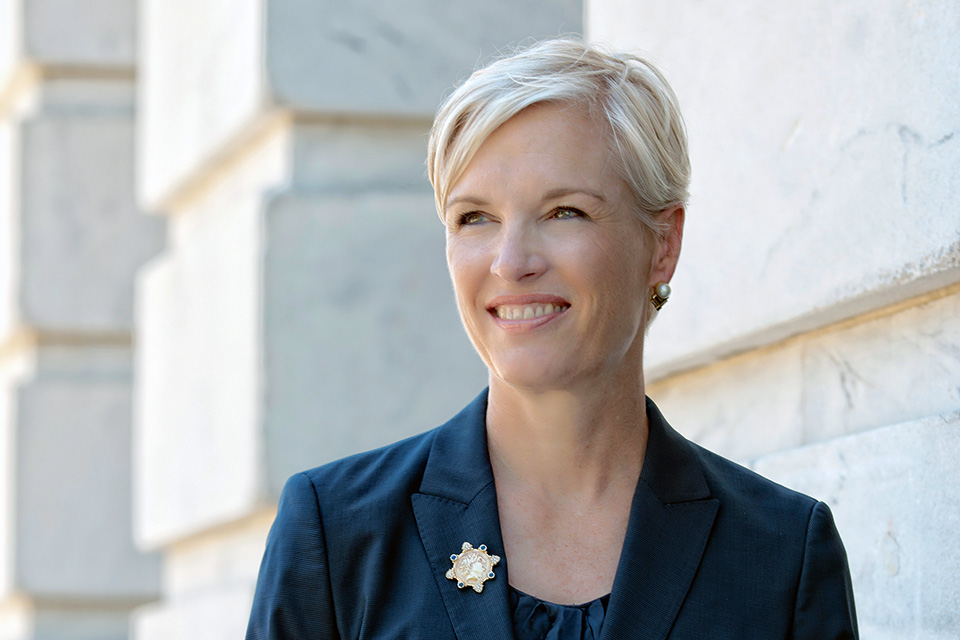 Cecile Richards, the president of Planned Parenthood, will speak at Barnard's commencement ceremony at Radio City Music Hall on May 18.

Cecile Richards, president of Planned Parenthood Federation of America and Planned Parenthood Action Fund, will speak at Barnard College Commencement on May 18, Barnard President Debora Spar and Dean Avis Hinkson, BC '84 and TC '87, announced in an email to students Thursday.

"Richards is a nationally respected leader in the field of women's health and reproductive rights, and her unwavering dedication in the fight for access and education is a true inspiration," Spar and Hinkson said in the email.

Richards will receive the Barnard Medal of Distinction, the college's highest honor, for her work on women's health and reproductive rights.

Several members of Barnard's class of 2014 said they were pleased to have Richards as their commencement speaker, but understood that students and their families with more conservative political viewpoints might not be so keen on her selection.

"I am really excited," Leah Metcalf, BC '14, said. "Planned Parenthood is at a really important place in its history, so I'm happy that we are showing our support for a crucial institution at this time."

"I think that what she represents—women's health—is something everyone at Barnard can get behind," Shapiro said.

Kate Christensen, BC '14 and the president of Columbia University College Republicans, said that the choice was too political for the occasion.

"I think that it's unfortunate that­—at a time like graduation, where families and friends, and classmates and the whole community in general are supposed to come together in celebration—that a speaker who is divisive was chosen," Christensen said. "I think it's a shame that the politics of the day might overshadow or shade the true purpose of why everyone is there."

Nikki Weiner, BC '14 and vice president of the class of 2014, said that she heard Richards speak on television in support of Barack Obama, CC '83, during his reelection campaign, and stressed the need for people to draw a distinction between Planned Parenthood and politics.

"I think this is an amazing voice to come to separate those two things," Weiner said. "This is about individuals and what we think of ourselves and how we care for our bodies, and there should be this distinction. Politics shouldn't be so influential when it's Planned Parenthood."

"She is an activist committed to a very important cause that affects women across the board. And not only women—it affects women and men," Stephanie Fernandez, BC '14 and president of the class of 2014, said. "I think she is an exemplary woman that's committed to a cause, and regardless of individual's political views I think that's an important message to the class of 2014."

Spar and Hinkson also announced that Mahzarin Banaji, social psychologist and professor of social ethics at Harvard University, Ursula Burns, SEAS '82 and chair and CEO of Xerox, and Patti Smith, acclaimed musician, poet, and artist, will be awarded medals at commencement.

Burns, who was also the class day speaker for the School of Engineering and Applied Science in 2012, is the first African-American woman CEO to run a Fortune 500 company. She is also major advocate of women pursuing careers in STEM fields: science, technology, engineering, and mathematics.

"I think it just demonstrates the continuous accomplishments of women of color as allies of Barnard and of the country," Fernandez said.

"I also think though, this is a liberal arts college," Weiner said. "I love the diversity in these three medalists. It's awesome ... and I think that represents our class quite well."

Fernandez said that while Burns and Banaji might not be easily recognizable names to many students, their work speaks volumes.

"We've had great speakers. We've had Hillary Clinton. We've had President Obama. Sheryl Sandberg. Meryl Streep. I think irrespective of the different fields that these individuals represent, they're all really well-known," Fernandez said. "But I think it's also important to highlight incredible women whose names don't necessarily ring a bell immediately."

"There are great women across the world who are doing meaningful work and if their name is not well known, that doesn't mean their work is less meaningful," Fernandez added.