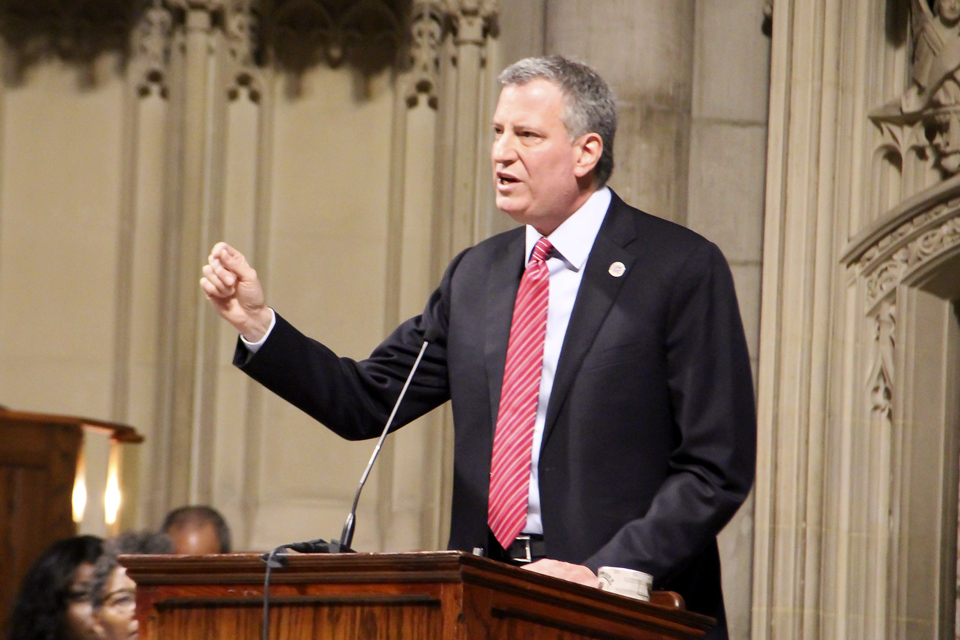 Half a million New Yorkers will soon have the right to paid sick leave, after a bill signed into law by Mayor Bill de Blasio last Thursday takes effect on April 1.

The new law replaces a weaker form of the legislation passed by the City Council last year, which overrode then-mayor Michael Bloomberg's veto. It follows the passage of similar protections in other major cities across the country.

De Blasio, long a supporter of the bill, said he was pleased the city government acted and called paid sick leave a "fundamental" right for workers and their families.

"Look at the choice they had—if they didn't go to work sick, losing a day's pay, two days' pay, a week's pay, in a very punishing economy where a lot of people are one paycheck away from disaster," he said.

The bill mandates that all businesses employing five or more workers provide up to 40 hours of paid time off each year. Unlike the previous legislation, the current bill no longer exempts manufacturing businesses, and it will remain effective regardless of future economic downturns. It also eliminates the previous bill's phase-in period for mid-sized businesses, which would have delayed implementation for some employees until 2015, and adds grandparents, grandchildren, and siblings to the list of family members employees can legally use the time off to care for.

"No parent will have to choose between caring for a child and putting food on the table," she said. "This bill-signing is proof of what can be achieved when government works for the people."

Manhattan Borough President Gale Brewer, GS '97 also praised the bill, but warned that businesses and employees must know their rights.

"I look forward to an active role in educating both workers and employers," she said.