New website makes it easy to find an easy-A class

New website makes it easy to find an easy-A class 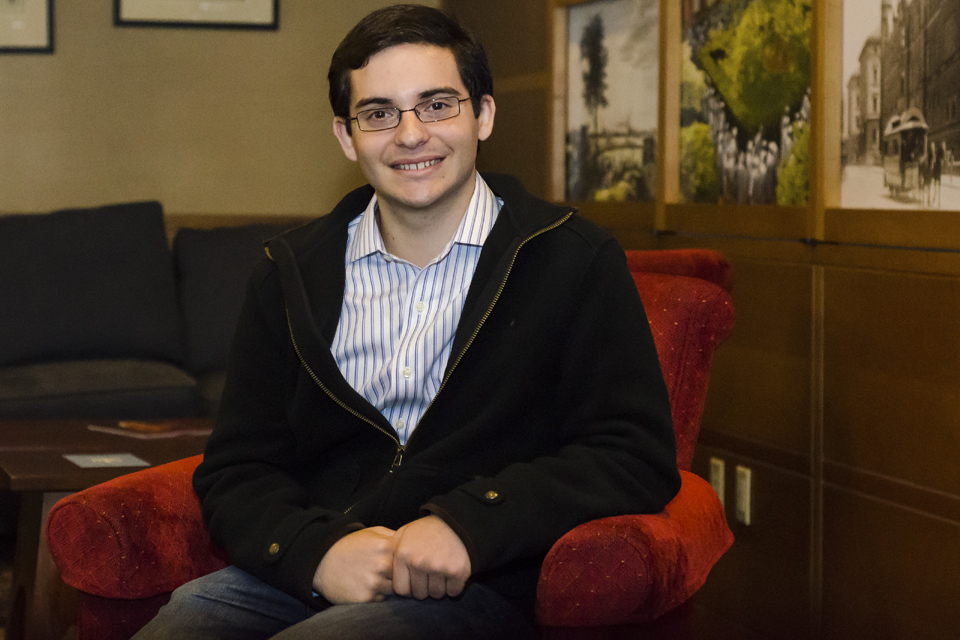 For students who want an easy A, a new website will help them pick into classes with more generous grading curves.

The website, gradesatcu.com, which was launched earlier in March by Daniel Liss, CC '16, allows students to see what percentage of a class received A-range grades during previous semesters by drawing on student-reported data from Columbia College transcripts.

"I think when people are registering for classes, they should have as much information as possible," Liss, who is also the CCSC alumni affairs representative, said. "That involves the kinds of evaluations that people write on CULPA, but that also involves the recommendations that they get from friends and any information that Columbia has decided to make available to them."

The website compiles the A-range percentages printed on Columbia College transcripts, which are voluntarily submitted by students. The website then averages the grade ranges across semesters and organizes them by professor and section.

The website has already proved popular among students—Liss said gradesatcu.com received over 2,000 visitors and submissions for over 230 courses within four hours of launching the site.

Columbia College and General Studeis provide A-range percentages on transcripts, but Barnard and the School of Engineering and Applied Science do not.

"Columbia has been providing this on people's transcripts for some time now, and it was surprising to me when I learned this. And it was even more surprising to me that nobody had thought to put this in a consolidated format," Liss said. "When I started working on gradesatcu, it took me a long time to program ... I thought it would be very important to make the site as straightforward and user-friendly as possible."

Though the site will essentially identify which classes and professors have the easiest and hardest grading curves, Liss hopes that the site will improve overall transparency on grading information and help spot trends in the community. The website also contains a graph of historical A-range data for Core classes and academic disciplines from the 1994-1995 academic year to the present, which shows a clear inflationary trend.

Liss said that he spoke to a professor who said that professors are given the grade average, distribution, and aggregated GPA information—similar to what the website provides.

"That leads me to believe Columbia is well-versed and well-aware of the grading across classes," Liss said. "They haven't gotten around to sharing that with students, and I don't know if that was a decision or something that they didn't have the technology in place to do."

"I've been fascinated to see how between individual teachers there is a huge variation in the number of students getting A's across classes," Liss said.  "Students I meet here, as a rule, are very smart, so it does seem peculiar that grading can vary so much between sections of the same courses."

Students had mixed responses to the website, with some saying that the new information is useful and others saying it still doesn't provide enough information about particular classes.

"I think it's cool to have something other than CULPA, which just gives you an 'I'm pissed off.' So I think this is a good way to give you a general feel for what you can expect from a class," Amber Brock, CC '16, said.

"I definitely have friends I feel like would [use the site]. I have friends who want that, maybe not a 4.0, but a 3.8, and if they know there's only 3 people in that class that's going to get an A, they're like, 'Why would I waste my time on that when there's other classes available to take?'" Brock said.

"I don't think it really would affect me at all ... I'd much rather have them put up the full reviews of a class than to hear about the grade because the grade doesn't really tell you much about anything," Reva Santo, CC '16, said.

"I think CULPA would be more helpful because you might have a professor who gives a lot of A's, but then is a terrible professor and you still don't know anything about that subject," Robert Simmons, SEAS '16,  said.  "Likewise, you may have learned a lot and not have as high a distribution of an A, so I think I'd rely more on CULPA—but I can see how people would be more likely to use it."

While currently an independent site, Liss said he is open to collaborating with other websites like CULPA or the Courses by ADi schedule builder to help students when making class selections.

"I'm excited to see people using the site and submitting courses to the site,"  Liss said. "The website is only useful if people are using it."

An earlier version of this article stated that Columbia College was the only undergraduate school at the University to release A-range percentages on transcripts. In fact, General Studies also releases this data. Spectator regrets the error.