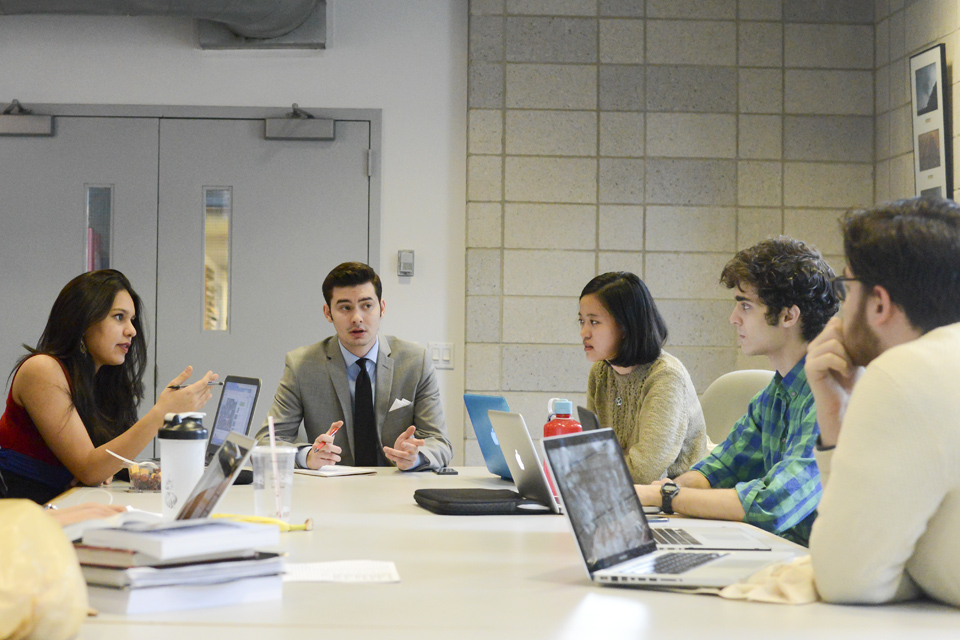 A diverse group of concerned students are organizing a task force to investigate, clarify, and improve the University's leave of absence policy.

Over a dozen students formed the task force in response to student concerns over various aspects of the policy, such as the difference between voluntary and involuntary leaves, students' housing rights upon return, and the psychological resources available to students.

"This started to come to [SWP's] attention when we were compiling our summary report on how to improve wellness at Columbia last year," said Student Wellness Project co-chair and task force member Andrea Shang, BC '14. "We had heard a number of concerning anecdotes on forced leave at Columbia, but there just wasn't that much information to be had."

Andrew Lawson, GS '16 and legislative assistant to the University Senate, said that he had been approached repeatedly by students with concerns on the subject of mental health leaves. He said he realized it was a university-wide concern after seeing the results of the senate's quality of life survey, in which students ranked the quality of mental health as their second-most important concern.

Rakhi Agrawal, BC '14 and head of Columbia's chapter of Active Minds, said she repeatedly met with administrators at Columbia's Counseling and Psychological Services and Barnard's Furman Counseling Center to ask about leave policies, but ran into dead ends.

"That was an impetus for a group of people to come together to compile information," she said.

Task force members said that the biggest problem with leave policies is the lack of clarity surrounding them. They hope to meet with administrators in the coming months to discuss possible policy solutions to the problems at hand.

"We've been talking to administrators who have been themselves confused about the existing policies," Bob Sun, CC '14 and CCSC vice president for policy, said. "If they don't know what they're implementing, there are bound to be all sorts of irregularities, which is what we've seen."

"One administrator blankly stated that they have no involvement in implementing forced medical leave, when we know for a fact that that's not the case," Agrawal said. "It's not clear to a lot of them who's supposed to be making these decisions."

"If there's mistrust in understanding, that can break down how well people engage with the treatment they're receiving and their sense of relationship with the Columbia community, and it probably discourages people from seeking help," Katharine Celentano, GS '17 and a task force member, said.

Members said that the confusion over what prompts voluntary and involuntary leaves is concerning for many students. According to Columbia's Essential Policies website, the school may put a student on involuntary leave only when "there is compelling information to suggest that the student is engaging in, or is at heightened risk of, engaging in behavior that could lead to serious injury to others."

"A lot of coercion goes on there," said Ari Schuman, CC '15 and co-chair of SWP. "CPS might say, A lot of people in your circumstances take a voluntary leave,' and emphasize that, because policies behind voluntary versus forced leave make it favorable—you can have housing and visit campus while you're away."

Task force members also said that the confusion over what rights students have and don't have while on leave and after returning to campus can make the situation distressing for many students.

"A number of students have told me they felt they'd like to take a semester's leave but felt they couldn't without losing their guaranteed housing when they got back," Columbia University College Democrats President Sejal Singh, CC '15, said.

Additionally, current requirements for leaves of absence can take a toll on students. Students must meet with University psychological professionals during their leave, which could mean long trips to New York from their home. Students on forced leaves can also be shunted back to home environments that are more damaging than remaining at school.

"For some people, their entire support networks are on campus. And a lot of times, that's not taken into account," Agrawal said.

Sun said that the struggle isn't over after returning to campus.

"There doesn't seem to be any way that you're automatically reintegrated— nothing comes to you. You have to seek out resources," Sun said.

Celentano said that the current confusion over the process becomes another source of stress for students.

In the meantime, they have written a survey to see what students think about the current leave policy.

"We really want to gauge general perception—see what people know or have heard," Ramis Wadood, CC '16 and CCSC class of 2016 president, said.

"To some degree, it's not problems with the services themselves—it's the misconceptions about them," Shang said.

Correction: Due to an editing error, an earlier version of this article said that Katherine Celentano was GS '14. She is actually GS '17. Spectator regrets the error.