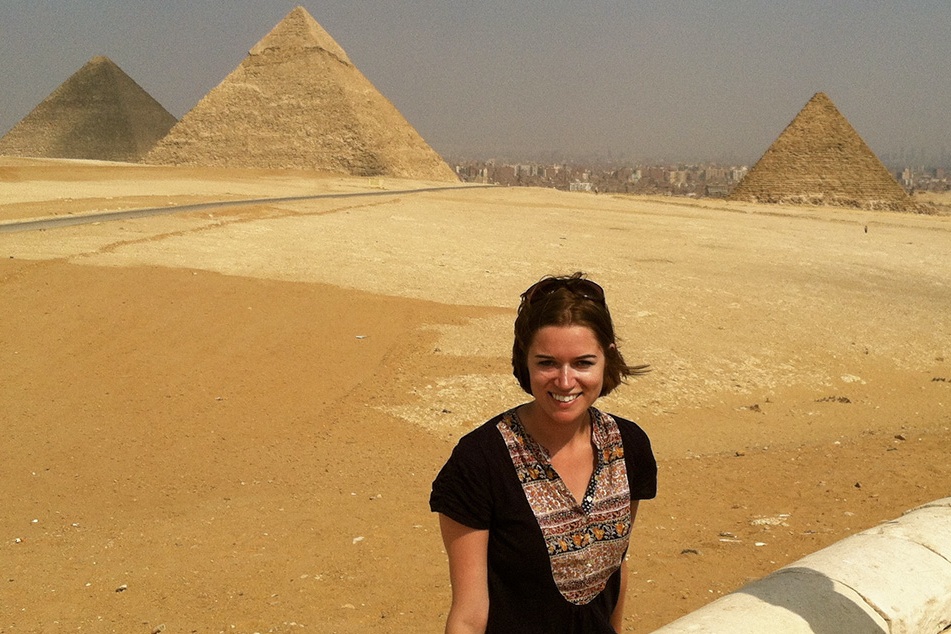 Katie Bentivoglio, CC 13, was named one of the Carnegie Endowment for International Peace's junior fellows, and she will be assisting the endowment's senior associates with research on the Middle East.

Katie Bentivoglio, CC '13, is one of the newest junior fellows at the Carnegie Endowment for International Peace.

The fellowship, which is offered annually to between 10 and 12 college seniors and recent graduates, gives students the opportunity to research alongside the Carnegie Endowment's senior associates in subjects including democracy, nuclear policy, Middle Eastern Studies, South Asian Studies, and economics. The work includes researching books and journal articles, contributing to congressional testimony, and participating in meetings with high-level officials, according to the Carnegie Endowment's website.

Bentivoglio, who has been placed in the endowment's Middle Eastern studies program, graduated from Columbia with majors in political science and Middle Eastern, South Asian, and African studies, and is currently working in the Presidential Internship Program at the American University in Cairo. She said that double majoring and the Core Curriculum were important parts of her academic development.

"I think that struggle over ideas and finding out which ones fit and which ones I want to latch onto moving forward have given me a very sort of critical eye and made me self-aware," she said.

History professor Bob Neer, who taught Bentivoglio in Contemporary Civilization, said that she was a very opinionated but respectful student.

"Having her in class was both challenging and fun. It doesn't surprise me that she got her Carnegie award," he said. "In fact, what I told her when she told me about getting the award was that it had increased my already high respect for the Carnegie Foundation for the discovery that they had given her the award."

Arabic literature professor and editor of the Journal of Arabic Literature Muhsin al-Musawi, who was Bentivoglio's professor for a course on the Arab Spring, said that "she was receptive to new ideas without necessarily letting these change her own understanding of things."

Bentivoglio also worked as al-Musawi's assistant on the journal, where she gathered material and corresponded with contributors.

"She left a good impression on her colleagues," al-Musawi said.

Bentivoglio spoke equally highly of the MESAAS department, which housed her second major.

"I think Columbia has a fantastic Middle Eastern South Asian studies department, that if you're willing to put in the effort to really get to know your professors and go to office hours it's a fantastic place to do a degree," she said.

Associate professor of Hindi and Indian literature Allison Busch was the adviser to the undergraduate majors in the MESAAS department, and wrote recommendation letters for some of Bentivoglio's fellowship applications, though not for the Carnegie fellowship.

In her recommendation, Busch said she "never failed to be impressed by Katie's drive and serious commitment to Arabic and Middle Eastern studies."

In the fall of 2012, Bentivoglio enrolled in the yearlong honors thesis seminar with Busch. Her thesis was on the Egyptian constitution and Shariah's legislative role in contemporary Egypt.

"She impressed me more and more with each passing day," Busch said, adding that Bentivoglio was one of two seniors from the program selected for departmental honors.

Busch also praised Bentivoglio's Arabic skills, which she has been building up since her first year at Columbia.

She will "go on to make a real difference in her professional pursuits, whether she ends up in academia or public policy or diplomacy," Busch said.

Though Bentivoglio herself is still unsure which of those tracks she'll settle on down the road, she believes that being a Carnegie fellow for the next year will provide her with the experience she needs to decide.

"What I'm really looking forward to is moving from being just an observer of Arab politics to becoming an active contributor to policy," Bentivoglio said.

"In some ways, I feel I've been able to study and live in countries that are incredibly hard for Americans to access at the moment," she said. "I've always loved languages, and I think going to places that are different from where you're from can help you grow and become a better person."

Bentivoglio still credits both Columbia and New York with helping to shape who and where she is today.

"Columbia, being such a cosmopolitan, worldly university, directed my outlook internationally," she said. "Having lived in New York, I feel strangely at home in Cairo."

Correction: An earlier version of this story said that Bentivoglio was in Egypt when President Mohammed Morsi was ousted. Spectator regrets the error.