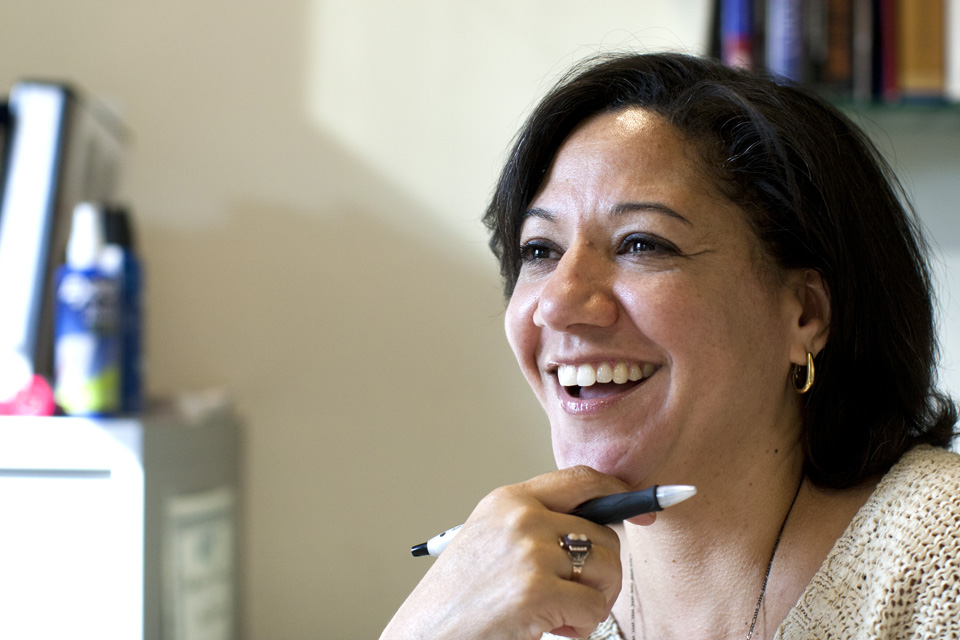 Interim Dean of Student Affairs Terry Martinez will leave Columbia in May to become the associate vice provost and dean of student life at Johns Hopkins University.

Interim Dean of Student Affairs Terry Martinez will leave Columbia in May to become the associate vice provost and dean of student life at Johns Hopkins University.

Columbia College Dean James Valentini and School of Engineering and Applied Science Dean Mary Boyce announced in an email to students Tuesday afternoon. Her last day will be May 30.

Martinez will join former Dean of Student Affairs Kevin Shollenberger, who left Columbia for Baltimore in May 2013 to become the vice provost of student affairs. At Johns Hopkins, Martinez will replace current dean of student life Susan Boswell, who will leave her position after almost three decades to focus on addressing sexual violence and gender equity on the university's campus.

"The opportunity to shape the co-curricular student experience is what attracted me to the position," Martinez said in an email Tuesday. "It brings together all of the things I enjoy about the work – establishing a strategic direction, working with students to resolve problems, and providing guidance and leadership."

On Tuesday, Martinez said she started considering to look for another opportunity in the fall, when recruitment typically begins, but the offer from Johns Hopkins didn't come until much later. In November, Martinez said that she would not apply to become the permanent dean of Student Affairs, a role she assumed after Shollenberger's departure, and instead hoped to return to her previous position as dean of community development and multicultural affairs.

Earlier that month, the University announced that it had hired the firm Storbeck/Pimentel & Associates—the same firm that Johns Hopkins used to find Shollenberger—to conduct a nationwide search for the permanent dean of Student Affairs.

Boyce and Valentini also said in their email Tuesday that the two finalists for the permanent dean of Student Affairs position will come to Columbia this week to meet with students and faculty, and that they expect a new dean to be announced by the end of the semester.

Students who work closely with Martinez said on Tuesday that she is known for her warm demeanor and outreach efforts.

"She's very, very interactive with students," Marc Heinrich, CC '16 and a University Senator who works closely with Martinez, said. "I know she's always getting lunch and dinner with people, and she's very proactive in building relationships."

"She's always willing to hear students out and listen to our concerns, and I've always appreciated that in working with her," Heinrich added.

After Martinez took over Shollenberger's post in June, she helped create a hazing-prevention task force and worked with student leaders on topics ranging from the University's gender-based misconduct policies to reviewing the New Student Orientation Program.

"Her name has been in a way synonymous with our efforts—in every instance when we wanted to approach the administration about a problem or concern, the answer was always Go see Dean Martinez, she'll help you out,'" Andrea Shang, BC '14 and Student Wellness Project co-leader, said. "So in a way, she's been our most essential collaborator."

In 2011, she worked closely with NAC and the student councils after students reported a bias incident at the homecoming football game, in which a group of Native American students approached an individual in a headdress, who then made a tomahawk-chop gesture toward them.

"Needless to say we're very disappointed to hear Dean Martinez is leaving," Julian Noisecat, CC '15 and NAC co-president, said. "She did a lot for our community, and she was always willing to meet with us even though we're a pretty small group. She put in a ton of effort."

"I know she'll very much be missed by the Columbia community and especially students involved with mental health and student wellness," Zakariah Plautz Posewitz, CC '15 and an SWP projects coordinator, said. "She's always been very committed to contributing to programming and actively supporting student-led efforts to promote wellness of students in mind, body, and community."

"In the whole time that I've been here and worked with her, I've found her to be one of the most genuine people—a dean who's always searching for real solutions, not just wanting to patch something up or handle a crisis," Posewitz added.

Martinez said that she hopes her successor will be able to form close partnerships with Columbia students.

"I hope whomever is selected as the next Dean of Students gets to know the students here as I have been able to," Martinez said. "I've worked with amazing student leaders, and have learned from casual conversations over lunch or dinner, and informal meetings."

"I have also worked with so many talented administrators and hope my successor continues to cultivate these partnerships, with both staff and students alike," she added. "These have all made my experience at Columbia so memorable."

Correction: An earlier version of this story said that in the 2011 homecoming incident, Native American students were approached by an individual in a headdress. The students approached the individual. Spectator regrets the error.