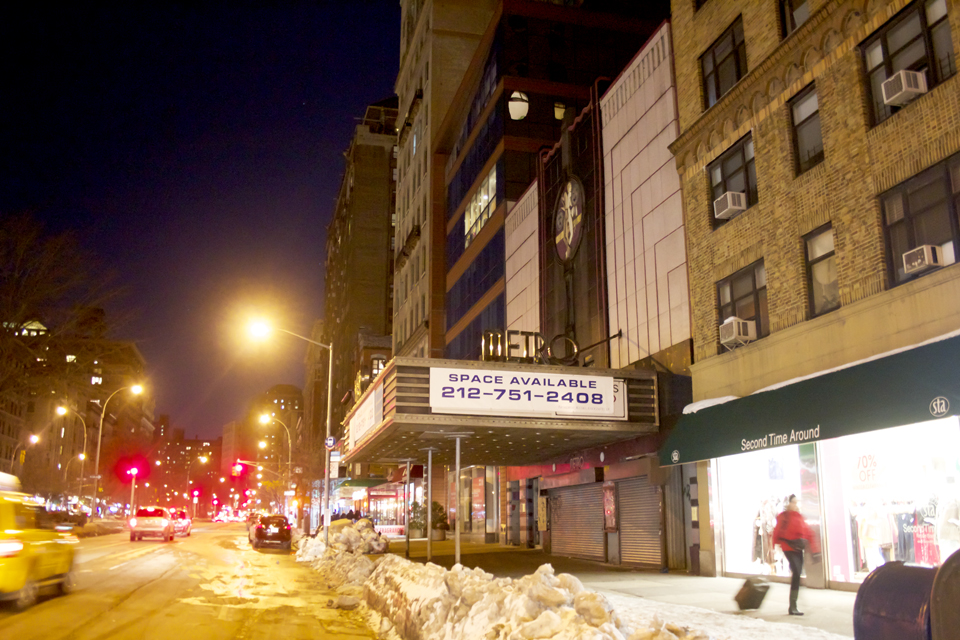 Numerous plans have been floated for the vacant Metro Theater on 99th Street and Broadway, but sources say that the building's high rents and renovation costs are putting off potential tenants.

Whatever ends up filling the vacant Metro Theater building on 99th Street and Broadway, it's not going to be the community arts space envisioned by City Council member Mark Levine and announced in a DNAinfo article last month.

Much confusion has surrounded the future of the building after the Metro Theater vacated the space in 2005. In 2010, Urban Outfitters planned to set up shop but ran into legal and property disputes. Then in 2012, the Alamo Drafthouse Cinema chain leased out the space, only to cancel the plan due to high costs. Sources knowledgeable about the building say that the costs of renovation will be high regardless of who ends up occupying the building.

Albert Bialek, the building's owner, has told Spectator over the past two weeks that a new lease agreement will be announced within the next two weeks. While he would not share the name of the company signing the lease, Bialek said that he is happy with the plan.

"There is a lease out with a very fine tenant for the entire building," Bialek said, "It's not a big banker or a Duane Reade, it's really a great tenant."

Bialek also said that Levine's plan to have a community arts space, mentioned in a DNAinfo article on March 19, was not part of the new plan.

"I can't comment on the use," Bialek said. "I really didn't quite understand that press release, what the intentions were," he added, referencing Levine's comments in the article.

At Tuesday's Community Board 7 full board meeting, Levine said that he still hopes to convert the space into a community arts venue, but did not have any updates.

"My vision is that it be a community arts facility," he said. "It's in the hands of a private landlord at the moment. We're trying to reach out to him and trying to explore possibilities with him, but I don't have any news to report on that front except that we're trying."

According to people knowledgeable about the theater, any potential tenant will have to overcome significant financial hurdles to actually fill the space.

A commercial broker who has seen the Metro Theater space and knows about former contract options said that the space is too expensive for many companies to consider renovating and leasing.

"It's so expensive to renovate the theater that everyone who has looked at it has walked away," the broker said. Bialek "may sign a deal, but then when the numbers come in, like with Alamo, who knows what's going to happen."

The broker claimed that the cost of the renovation is around $20 million and that the asking price for rent is $950,000 per year, excluding electricity, water, sewage, and taxes.

"Whoever rents it is going to have to pay for the renovation, pay the rent, and pay the taxes. Who can pay that cost?" the broker said.

Bialek denied that the renovation and lease costs would be that high, but declined to state specific numbers.

"The costs are not that bad, basically it's a steel and concrete building. We've got an approved plan with the Department of Buildings," he said. "Nothing anywhere near that. Ballpark on the renovation is not that big a deal."

Bialek also said that he is considering applying for the building to be designated a national historic landmark, which would provide tax credits for renovations and restorations. Built in 1933, the art-deco theater currently has a landmarked façade.

"We are considering an application to have the building added to the national New York state building schedule," Bialek said. "It means the building would be noted as a historic building in the United States and the state of New York."