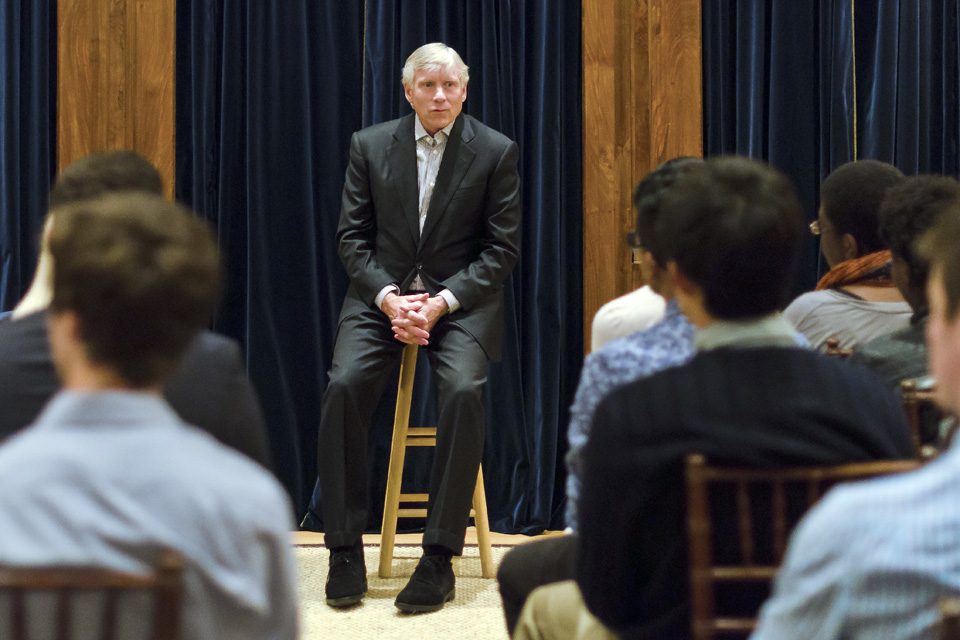 University President Lee Bollinger announced the creation of a new executive vice president for student affairs in an email to students on Monday.

University President Lee Bollinger announced the creation of a new executive vice president for student affairs position in an email to students on Monday.

The new administrator, whom Bollinger hopes to appoint by the fall, will report directly to the president and is intended to be a resource for students on sexual assault and other University-wide issues.

"The point at the moment is that this new office will provide a primary place of contact for issues relating to sexual assault, something many have asked for," Bollinger said.

In addition to the announcement of the new administrator, the email included a pledge to resolve the confidentiality issues surrounding the Rape Crisis/Anti-Violence Center and take a closer look at the center's hours and location before the end of the semester.

Bollinger added that deans are working on addressing some of the concerns raised at last month's town hall, including revising sexual assault education during the New Student Orientation Program. Bollinger also said that by semester's end, the University would announce "the specific manner in which aggregate data will be released."

In January, Bollinger announced that "aggregate, anonymous data related to sexual assaults and other gender-based misconduct will be released beginning with the current academic year."

Bollinger's email comes after a resolution to amend the President's Advisory Committee on Sexual Assault was unanimously passed at the University Senate plenary on Friday.

University Senator Akshay Shah, SEAS '14, who, along with University Senator Matthew Chou, CC '14, presented the recent resolution to revise PACSA, said that the creation of the new EVP for student affairs position will help unify policies across schools on sexual assault.

"It was definitely a necessary move and it's a big win for students," Shah said. "I think throughout the sexual assault discussion and process of trying to reform it, you really felt the need for someone who could look at it at a University level and provide that extra context."

Currently, sexual assault cases are handled by deans of individual schools on both the undergraduate and graduate level.

Shah said that coordinating policies across schools of Columbia could be "very painful and messy" on a day-to-day basis.

Many peer institutions have similar positions already in place. Yale has a secretary and vice president for student life while Princeton has a vice president for campus life in place. Interim Dean of Student Affairs Terry Martinez will be leaving Columbia in May to take on a similar university-wide position at Johns Hopkins.

Still, some students said that Bollinger's email, particularly on changes to the Rape Crisis/Anti-Violence Center and NSOP, was too vague to be productive.

Zoe Ridolfi-Starr, CC '15 and a member of No Red Tape Columbia and the Coalition Against Sexual Violence, said that it wasn't clear what the new executive vice president for student affairs would be responsible for.

"It's unclear, structurally, from the email thus far what authority that person will actually have—whether they will supersede the authority of the deans, whether they will be considered sanctioning officers," Ridolfi-Starr said.

"We certainly know that it will continue to be a challenge to advocate for these policy changes, especially some of the more difficult structural changes like the sanctioning process and getting the deans out of the roles of which they are totally unqualified and totally biased to do," Ridolfi-Starr added.

"I'm glad that the administration is continuing this conversation, but at this point we really want to see concrete changes being made," Singh said. "It's getting close to finals, it's already April."

Singh said that the Dems and other student groups working on this issue, including the Coalition Against Sexual Violence and No Red Tape Columbia, would continue to push for changes.