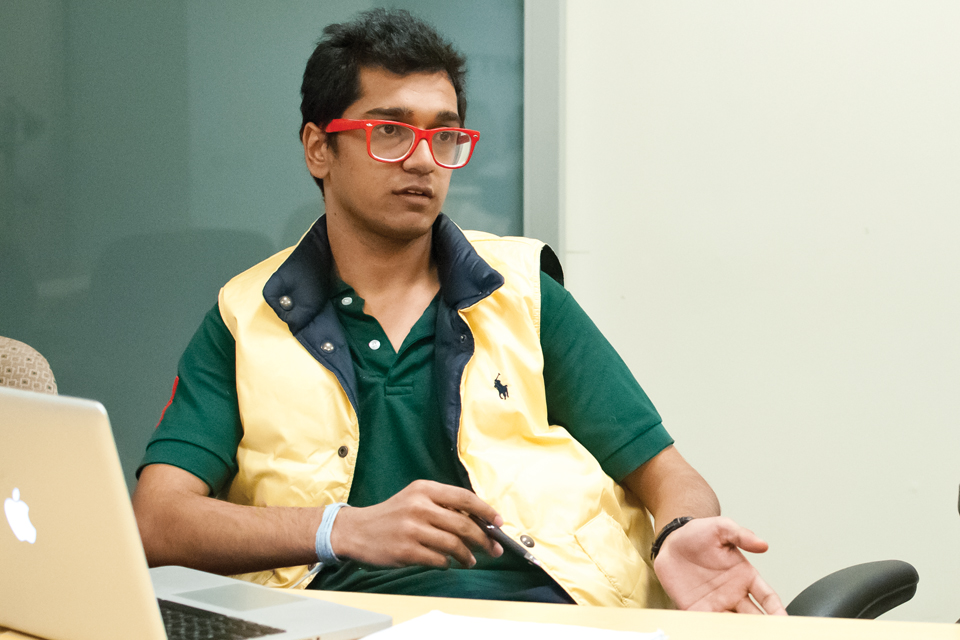 The Engineering Student Council unanimously passed its own three-page-long honor code for undergraduate and graduate students at the School of Engineering and Applied Science.

ESC approved the honor code at Monday's meeting, a year after the council first approved and later rescinded an honor-code proposal similar to CCSC's, citing a lack of administrative and student input.

The honor code outlines different types of violations of academic integrity, such as plagiarism, self-plagiarism without permission from the instructor, misrepresentation of results or credentials, facilitation of cheating, and collaboration without permission. The code also outlines the behavior expected of both students and faculty.

"This doesn't change any of the rules that are already in place," ESC President Siddhant Bhatt, SEAS '14, said. "It's just having students aware of that, at the end of the day, we're in an academic setting, and you should abide by the standards we sign onto coming into this great institution and keeping in mind the bigger picture: 'It's not worth it.'"

Though the code was written specifically for SEAS undergraduate and graduate students, SEAS, Columbia College, and General Studies first-years will all recite the same honor pledge during convocation.

"Students are expected to uphold the integrity, honor, and educational mission of the University as they embark on their professional careers. They are obligated to treat all persons fairly and will not engage in acts of discrimination or harassment," part of the SEAS code states. "Administrators and course staff are bound to report any transgressions to relevant parties."

To create the new code, ESC worked with department heads and the Engineering Committee of Instruction, the latter of which unanimously supported the SEAS honor code.

"The faculty were very excited about this concept," ESC Academic Affairs Representative Robert Ying, SEAS '16, said. He added that many professors have already pushed for a similar policy within their individual departments, and that some departments like computer science and mechanical engineering already have honor codes.

"There is already a culture of putting this kind of documentation into syllabi, and we hope that this will extend to this official, school-wide honor code, and the departments seem to be largely in support," Ying said.

Most professors already outline academic expectations at the start of each semester, but incoming ESC Academic Affairs Representative Harry Munroe, SEAS '17, said he hopes the honor code will unify them.

"I think that's going to largely be in syllabi and on tests and blue books," he said. "And I've seen a lot of my professors already have some sort of academic-integrity statements, but it will be nice to have something standardized across all of my classes."

Ying said that while there is no requirement for faculty to put the honor code on their course material, they are encouraged to do so.

"I really think that professors will latch onto it and use it, and it will be nice to be more unified as a school that way," he said. "But I think it will be largely through the tests and through the syllabi and things that the professors bring to the students."

ESC Vice President of Policy Tanya Shah, SEAS '14, said that she thinks ESC's collaboration with faculty members and the COI will help them avoid some of the problems Columbia College had in implementing its honor code—although first-years signed an honor code last fall, it has yet to be expanded to returning students.

"I think we can expect a much more consistent implementation across the board," Shah said.

Students interviewed on Tuesday said that the implementation of a code is a good way to clarify expectations for assignments, but isn't necessarily going to change behavior.

"Any change in the honor code won't change behavior," Sam Friendman, a SEAS master's student said. "If you're already doing exactly what you hope to do, then nothing will really change."