Man charged with hate crime for attack on Sikh professor

Man charged with hate crime for attack on Sikh professor 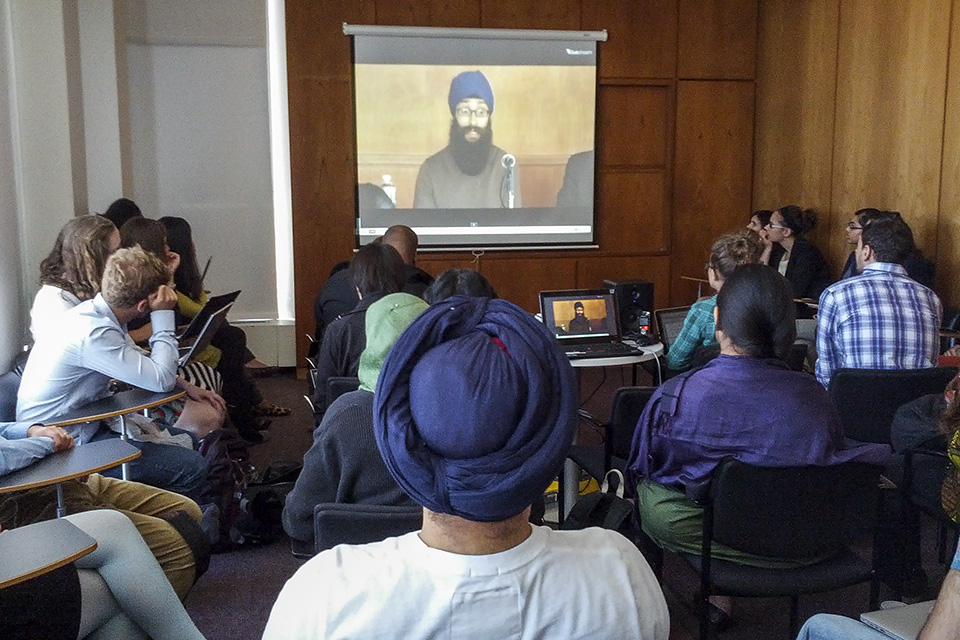 SIPA professor Prabhjot Singh at a press conference following his attack last fall. A 20-year-old man was arrested on Friday night and charged with aggravated harassment and committing a hate crime.

A 20-year-old man was arrested Friday night in connection with an attack on School of International and Public Affairs professor Prabhjot Singh last September, police said on Saturday.

Police arrested Christian Morales at 11:10 p.m. on Friday night. He was charged with aggravated harassment and committing a hate crime at a court appearance Saturday. While the investigation is still ongoing, he is the only person in custody, an NYPD spokesperson said.

Morales was released on a $5,000 bond during on court appearance on Sunday. His next appearance is scheduled for April 24.

Singh did not respond to requests for comment on Sunday.

Singh, an observant Sikh who wears a turban and has a beard, was walking with a friend along 110th Street near Lenox Avenue in Harlem on the evening of Saturday, Sept. 21, when he was approached by a group of around 20 young men.

According to police at the time, the men "made anti-Muslim statements and then they began punching the victim in the face." The attackers dispersed after three passersby called for help.

Despite suffering a broken jaw and bruising, Singh returned to work the following Tuesday. He was optimistic at a press conference held that Monday, where he said that he would invite his attackers to his place of worship and teach them about Sikhism.

"I think it's critical to see that this is not the community we expect, and certainly not the country we expect," Singh said at the press conference. "It's not the Harlem I know, and it's certainly not going to change how I move around that neighborhood."

In addition to teaching a SIPA, Singh is the director of systems design at the Earth Institute and chair of the One Million Community Health Workers Campaign, which oversees a network of community health workers in Sub-Saharan Africa. He is also a practicing doctor in East Harlem.